Here Are Some Of Dubai's Priciest Purchases Of All Time

UP Next
X
Bowled Over By The UAE: Paule Ka's Creative Director Shares...
Guest Writer
November 12 2016

Following the news that an Indian property developer in Dubai has shelled out Dhs33 million on a license plate, we chart the city’s most expensive purchases.

Those that actually live in Dubai know not everyone is driving around in a gold-plated supercar with a pet cheetah in the passenger seat.

But let’s face it, Dubai loves a superlative, which is why it’s famous for the biggest, tallest and most expensive of, well, everything – fuelling its rep as the flashiest city in the world. 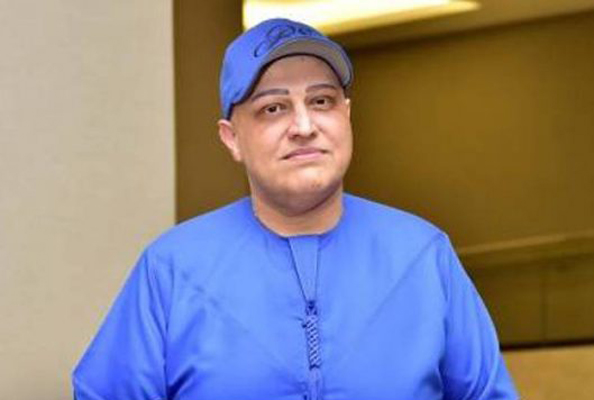 Case in point: the recent story of Indian businessman Balwinder Sahani, who paid Dhs 33 million (US$9 million) for a Dubai license plate for one of his Rolls Royces. Property tycoon Sahani bid the hefty price tag at a government auction last month for the coveted plate ‘D5’.

Yep, for those with the means, Dubai is the place to splash the cash. So, from houses to handbag, let’s chart Dubai’s blingiest buys.

Shockingly, Dhs33 million is not the most that a UAE resident has splurged on a license plate. In 2008, businessman Saeed Al Khouri paid Dhs52.2 million for the No 1 license plate in Abu Dhabi. Why so much? Well, the lower the plate number, the higher the status, so number one is pretty much the most coveted plate in the country. 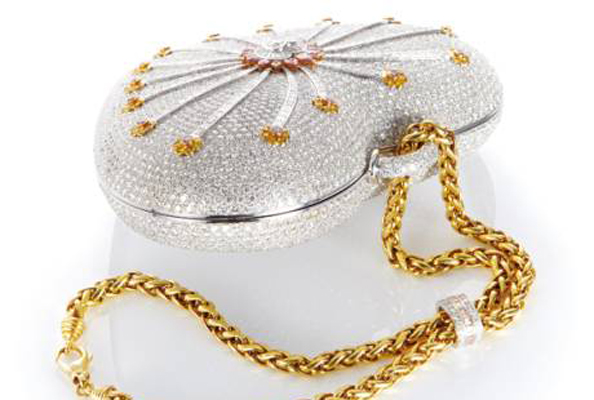 The world’s most expensive handbag was unveiled at the Dubai World Trade Centre during International Jewellery Week in 2011. The Mouawad 1001 Nights Diamond clutch purse, designed by Lebanese diamond dealer Robert Mouawad, boasted a price tag of $3.8 million (Dhs13.9 million) when it went on sale at the Mouawad boutique in Dubai Mall. Handcrafted from 18K gold and encrusted with 4,517 diamonds, the heart-shaped clutch weighed 381 carats, and was made by 10 artisans over 8,800 hours.

Emirati-Swiss luxury jewellers Mouawad also designed a Dhs31 million Victoria’s Secret bra in 2003. Modelled by Heidi Kulm, the bra featured a dangling 70-carat round diamond which was cut from the second largest rough diamond ever found at the time. 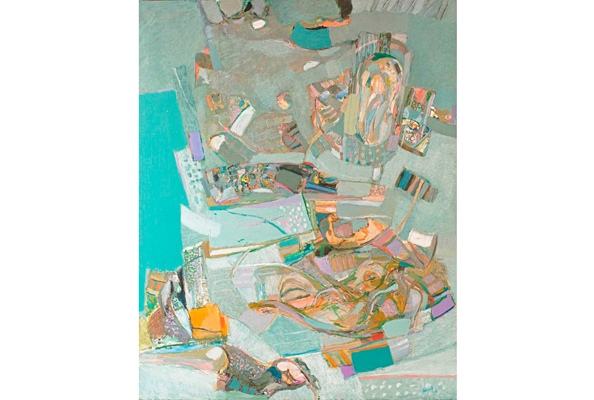 Emirates Hills is fast-gaining a name for itself as the ‘Beverly Hills’ of Dubai thanks to its sprawling mansions. But earlier this year, a 10-bedroom villa went on sale in the area that left the neighbouring homes in the opulent gated community in the shade. The home occupies 32,200 square feet – twice the size of other villa plots in the area – with a Buddha statue and ostentatious light sculpture in the colossal entrance hall. Off the hotel lobby-esque lounge are two kitchens, while a lift takes you up to the second floor where the second lounge leads out to a roof terrace, bar, sun deck and large hot tub. 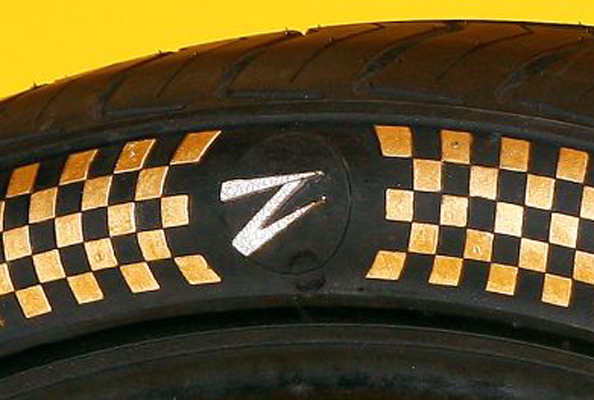 Earlier this year, Dubai-based Z Tyres produced the world’s most expensive wheels. Encrusted with diamonds, the set of four 24-carat, gold-plated-tyres are worth Dhs2.2 million ($600,000). The tyres were designed in Dubai, and decorated by artisan jewellers in Italy before being covered in gold leafing by craftsmen in Abu Dhabi.

Remember a couple of years ago when everyone was posting their crazy-expensive bar bills on Instagram? Well, it might not surprise you to learn that one of the most eye-watering bills came from Dubai. A mystery man who partied at the Cavalli Club on New Year’s Eve ran up a bill of $106,729 (Dhs390,000) for him and his friends. We want to be in his gang.