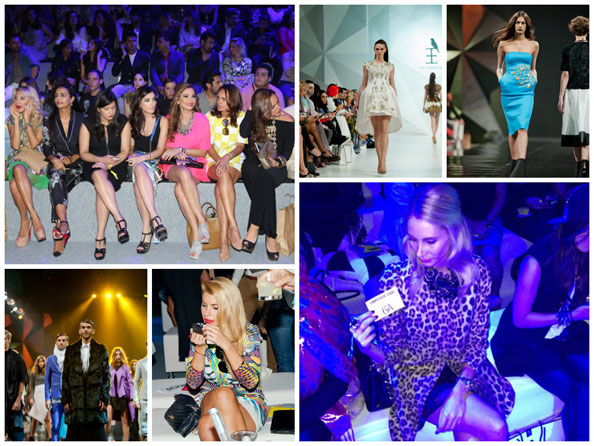 The second leg of Fashion Forward’s first day was just as eventful as the morning, if not more. All the night owls and party crowd came out to play and scope out the stylish scene and of course, Emirates Woman were there to report back. 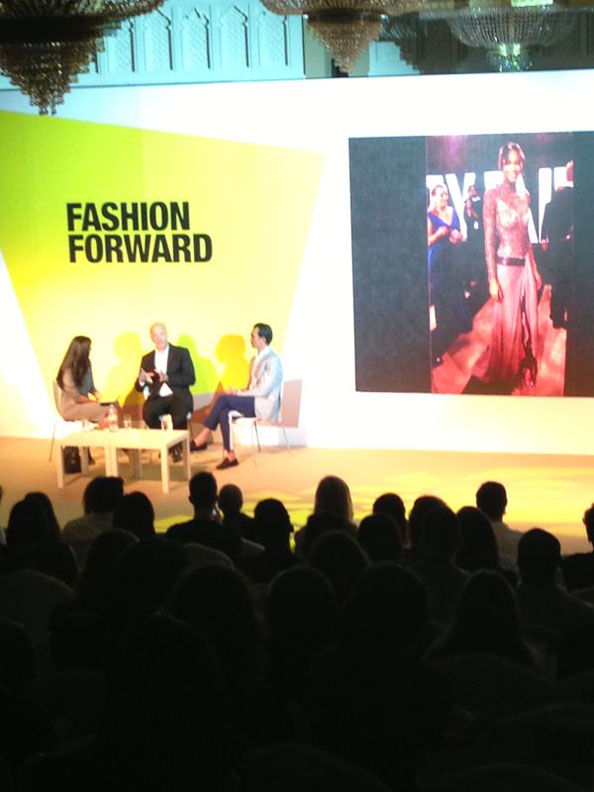 Rami talked about narrowing gap between couture and pret collections, explaining: “To wear haute couture you need to have the money but also the patience as the design takes time to create.”

The designer also spoke of It girls: “When you associate your collection with a cool celebrity, the brand becomes popular and current for example, Rita Ora and Karl Lagerfeld. The association takes it from classic to modern in a moment.”

The next must-see show was Emperor 1688, so we high tailed it to hall 2 to bag our seats.

The FROW was packed with pretty people and fellow designers out to support the three talented Golkar brothers. 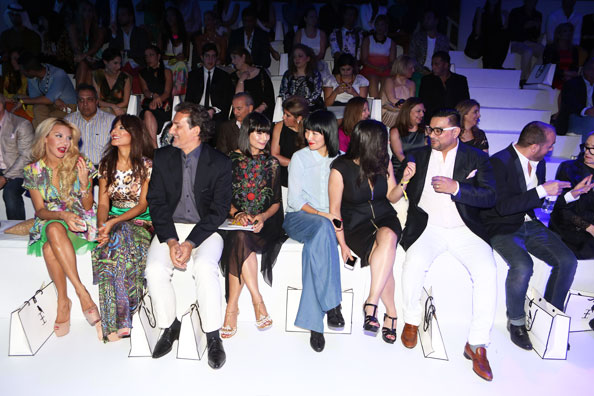 EW’s Beauty Editor Elizabeth was there to catch it all and reported back with a rave review.

“The brothers delivered. It was super slick resort wear with a nod to the 1950s Teddy Boy style for men. There was an emphasis on tailored separates, with  white shorts and a dash of printed silk. It  felt very Talented Mr Ripley!

For womenswear, glossy silks in striking silhouettes paved the way for some serious embellishment. A gilded tunic embossed with studs and rivets received gasps from the FROW – could this be the perfect summer party dress? We think so.” 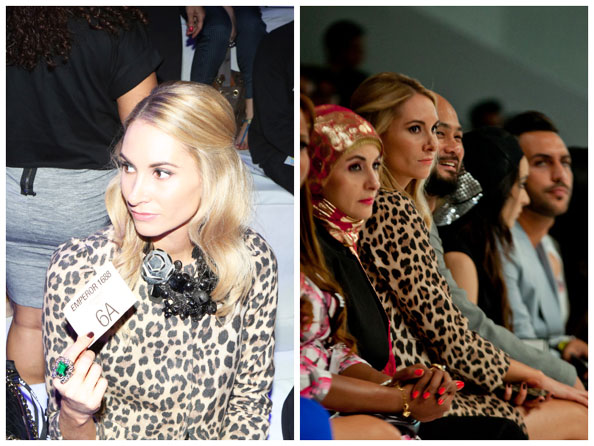 EW’s Elizabeth on the FROW 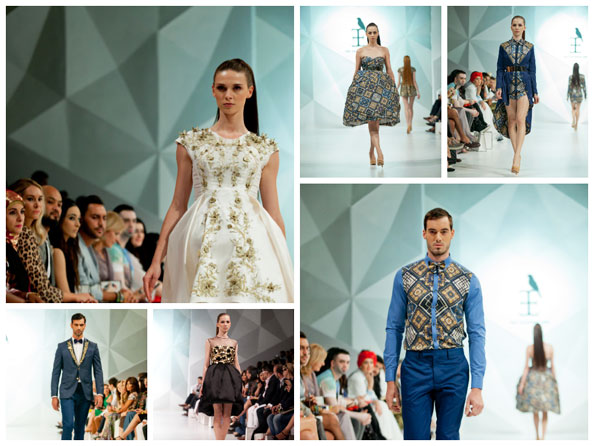 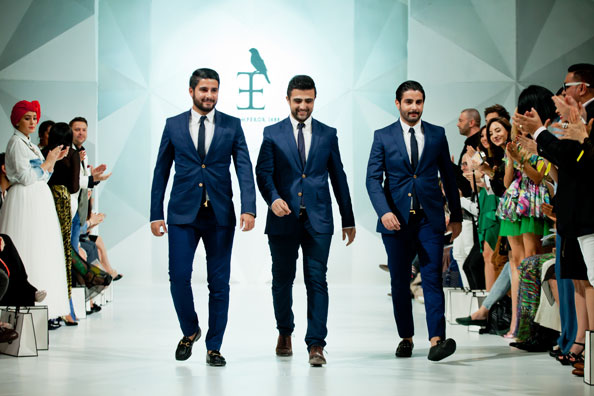 Next up, one of the most anticipated shows of the day, Essa… 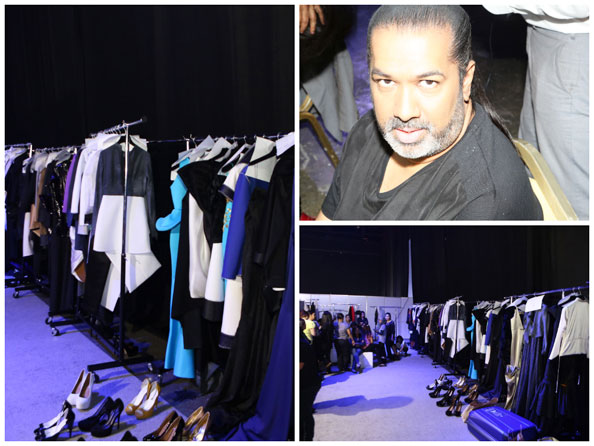 The glittery Dubai set turned out in full-sequined force for the show. 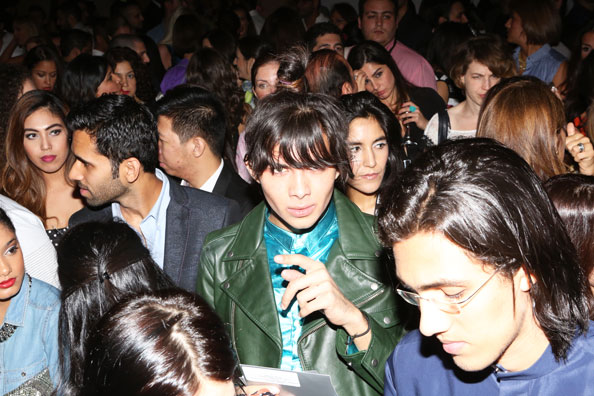 We spotted lots of familiar faces… 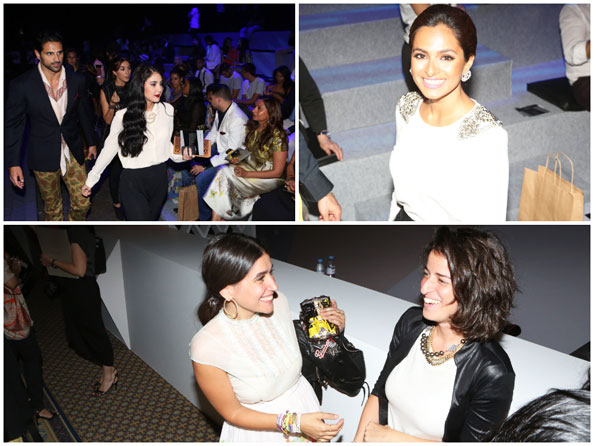 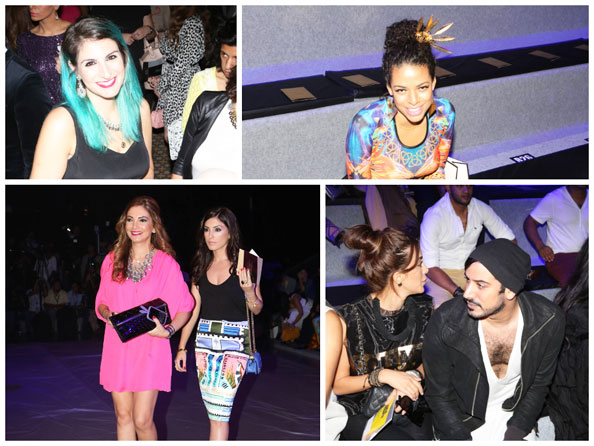 On the runway, we were taken on a theatrical trip with a gothic twist. The girls bounced down the catwalk in an array of twisted creations, hooves for feet, black glossy lips and a serious dose of attitude. 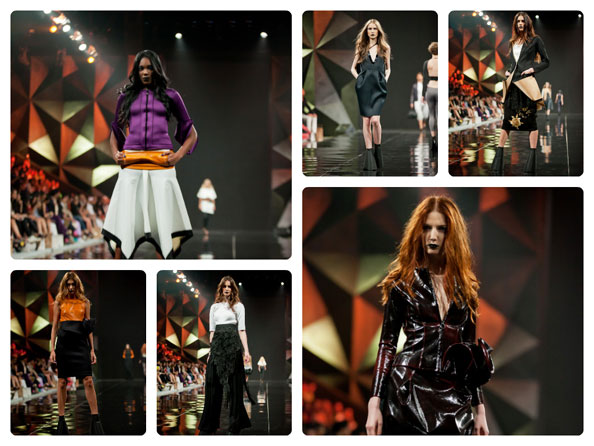 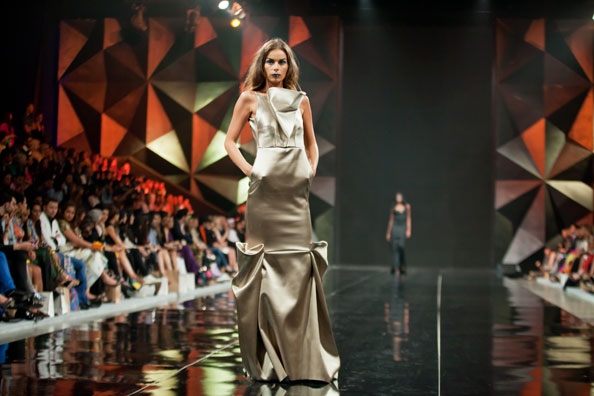 Essa also sent a gleaming golden gown down the runway – can we hear a fight for orders? Yes, he nailed it with this one! 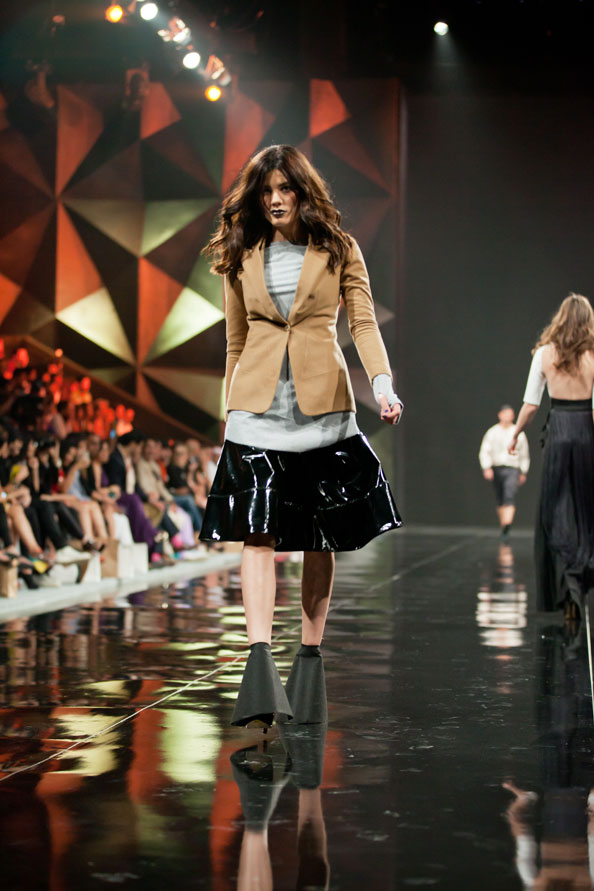 Only Essa Walla could pull off patent leather, hoof heels and vamped up pouts!

The last show of the night saw Tahir Sultan’s high-octane retro glamour take to the catwalk. There was a 70s swagger apparent throughout the collection in the form of fur, fedora’s and a killer black jumpsuit, we’re  dying to get our paws on. 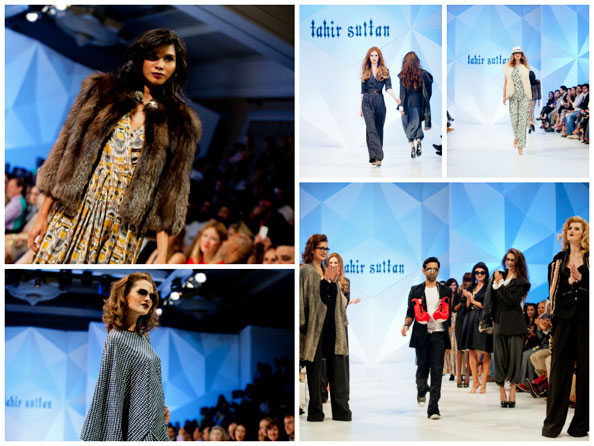 To wrap up the night in style, we made a pit-stop at the after-party, which turned out to be quite a bash. There were acrobats, DJs and model dance-offs – yes, you had to see it to believe it! 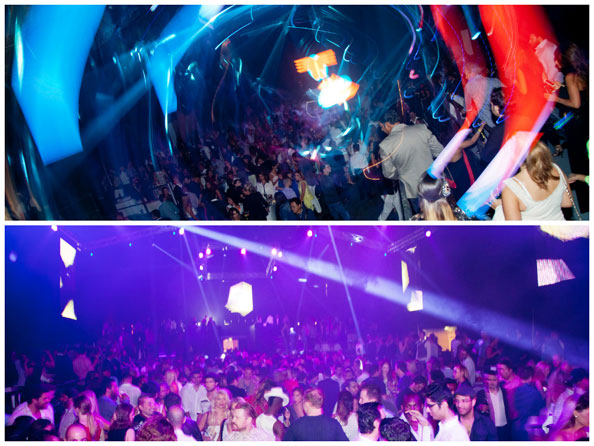 After a few flutes of bubbly, it was time to hang up our heels and get some much needed beauty sleep in good stead for today’s antics.

Stay tuned, as tomorrow we’ll be reporting on Tourjouri, Michael Cinco and backstage at Zayan!