7 incredible women in the UAE who are breaking the mould 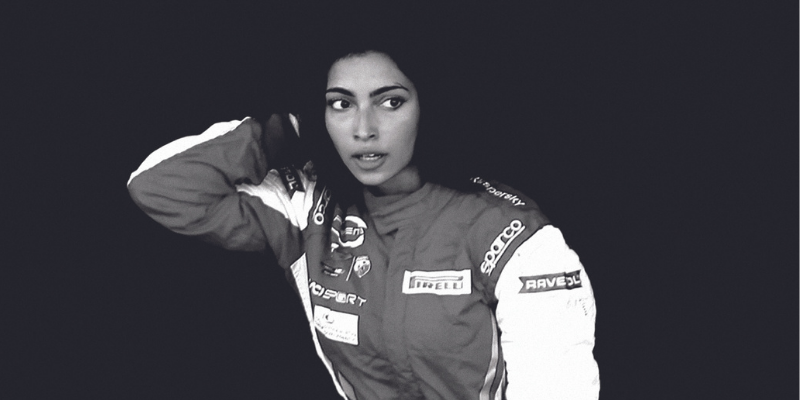 Some of the most inspirational women we know describe what the word ‘renegade’ means to them.

When a person breaks loose from the accepted norm and isn’t focused on convention.

That would be my younger sister who’s also a racing driver and the first woman in history to claim a podium in the Italian F4 – Hamda Al Qubaisi. Also, my cousin who also became the first Emirati to graduate from Harvard Fatima Al Qubaisi.

For me, a renegade is someone who breaks down barriers and pushes boundaries. It’s someone who strives for change, leads innovation and creates a new better world within communities.

My L’Couture dream team. I see creativity and innovation from them every day. We are constantly coming up with new ideas & thinking outside the box when it comes to any aspect of the brand, from product to marketing. They never fail to impress me!

Doing things in a different way that is creative, innovating and enhancing.

The people around me who discover new ways to do things differently and follow their passion. They inspire me every day to forge my own path. In my opinion, a renegade is someone who breaks the mould. Having been born and raised in Jordan, I’ve come across many people who despite their circumstances have fought for success and a chance at a better life. Despite traditional patterns and obstacles, the role models in my life have adapted and created opportunities for themselves when it looked like there were none. That is what I call a true renegade; Someone who breaks barriers to create a path to success despite the odds.

My renegades and the women that have made the biggest impact in my life are most definitely my sisters. My sister Zeena the athlete, implements discipline in her life as a key component and has taught me that without method and practice we will remain stagnant. My sister Heba the lawyer, who from a very young age taught me the importance of having a valid and strong argument. As a woman in the Middle East, working in a male-dominated industry, this was a critical skill to pick up. Lastly, my oldest sister Donia, the youngest director at a multinational empire. Donia taught me to prioritize resilience. When the chips are down, walk right over them and keep moving. Collectively, my sisters have been paramount in moulding me and are my renegades.

Of course, in the modern sense of the word, I see a renegade as a rebellious, free-spirited soul who lives fearlessly, driven by an innate determination to right the wrongs. A lovable rogue. I also see them as deeply introspective, compassionate and sympathetic to the problems of others.

Firstly, the Catholic Nuns who taught me at school. Those women were afraid of nothing, they instilled so much confidence in all of us to do whatever we put our mind to. I remember being inspired by the remarkable story of the first female US Secretary of State, Czech-born Madeleine Albright. She grew up in war-torn Europe and went on to become the highest-ranking female politician the world had ever seen. She was an advocate of peace in the Middle East and a key figure in some of the most dramatic events in politics at the time. She also bravely fought for the aspirations of other immigrants arriving in America. I see the New Zealand Prime Minister, Jacinda Ardern, as an equally important and courageous politician. Like Madeline, she will leave a legacy as a compassionate, inspirational leader who marched to the beat of a different drum. Angela Sheldrick is an almost daily inspiration for me. Continuing her family’s work through Kenya’s Sheldrick Wildlife Trust, she works both tirelessly and fearlessly to protect animals from poachers. It takes a renegade to operate the most successful orphan elephant rescue and rehabilitation program in the world.

Someone who is unapologetically themselves. Someone who pursues what they believe in even if it means going against the norm of what is expected of them.

The renegades in my life are the women that raised me to be the woman I am today. My grandmothers, my mother and my aunty.

In my opinion, it’s anyone who decides to follow what is right for them and not necessarily the conventional route or path.

My mom has always been someone who showed me that it’s okay to want to be more than just an employee. She started her own business when she was only 20 and still works to this very. I think we, as women, have been conditioned that we only can be mothers or work in very specific jobs that are deemed feminine. She taught me that you are the one that’s responsible for your own life and only you will end up living with your decisions.