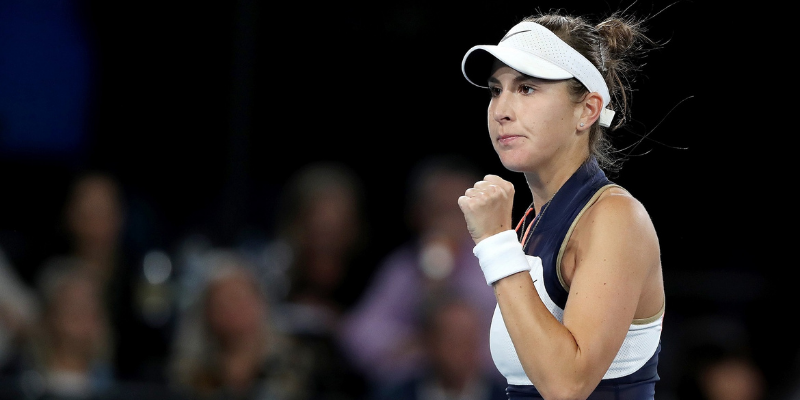 At just 24-years-old, Belinda Bencic is nothing short of a powerhouse on the tennis court.

Not only does the Swiss professional tennis player have a ranking of number four by the Women’s Tennis Association, she’s an Olympic champion, having gained a gold medal at the Tokyo Games.

Having recently gained another accolade to add to the list, Belinda was the runner-up at the fourth installment of the women’s singles Mubadala World Tennis Championship.

Ahead of her UAE debut, we caught up with the tennis powerhouse to discuss going pro, being a gold medal winner and how she hopes to inspire other women in sport.

Welcome to the UAE! How does it feel to be taking part in this year’s Mubadala World Tennis Championship?

I’ve watched the Championship on TV in the past and therefore I’m even more excited to be there in person this time. I am also looking forward to visiting Abu Dhabi, I’ve heard it’s a great city and I’ve never been there before so really excited!

Your professional career in tennis began seven years ago. What was it first like entering the professional arena at just 17-years-old?

I was very young of course, I actually played in professional tournaments at the age of 14 years old, so I’ve been on the Tour for a very long time. It’s really nice as I was able to experience a variety of different situations and I use those experiences to my advantage. If someone joins the Tour at a later stage, it takes time to adapt to everything and to create new experiences. I am happy I started at a young age, my career has been great so far and I’ve been able to achieve great things. That being said, I have a lot of big goals and I am looking forward to ticking those off the list.

Now, seven years on, what would you say the main highlights from your career have been thus far?

Winning a gold for my country during the Olympics was huge and definitely one of my career highlights. On another note, participating in a Grand Slam at the US Open and performing well was great but I do want to go back and play even better next time. I want to get closer to winning a title. The French Cup was very nice and of course, being number 4 in the world is so rewarding. However, I have to say, the Olympics has to take the cake.

How do you hope to inspire other women?

It comes naturally. I have always been inspired by female tennis players and how they have been able to cope with everything on the Tour. As a child, you always have a role model and I feel I am inspiring children already. As woman empowerment is so prevalent now, it’s nice that I can contribute to that by playing one of the leading women’s sports. I’m really happy to be a part of this and inspire anyone who wants to play. Every woman has the opportunity to do whatever she wants and have great aspirations so I’m happy to be a small part of the bigger picture.