This tennis player has made history for Arab women 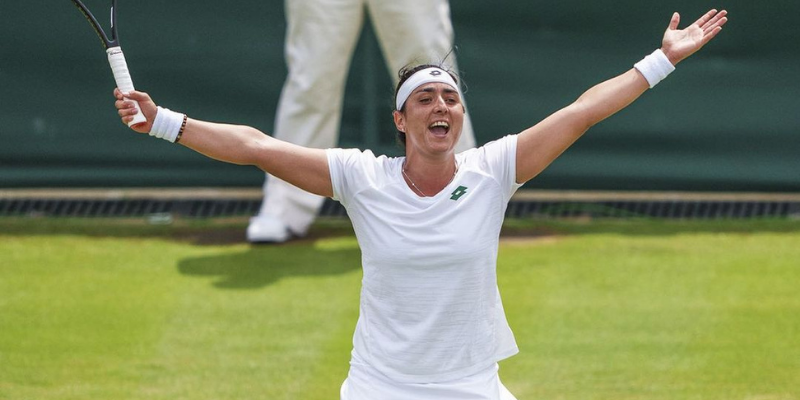 History was made for the Arab world at this year’s Wimbledon tournament as Tunisian tennis player Ons Jabeur became the first Arab woman to reach the London-based grand slam’s quarter-finals.

Earlier this week, Ons was victorious in her match against Poland’s Iga Swiatek, following her victories against five-time Wimbledon winner Venus Williams and Spain’s Garbine Muguruza.

The 26-year-old made it to the quarter-finals where she faced Belarusian second seed Aryna Sabalenk, missing out on making the Wimbledon semi-finals.

Regardless, it was a victory for the Ons as she made history for Arab females and also for Tunisia, becoming the first player from the country to make the quarter-finals of the world’s biggest tennis tournament.

Taking to Instagram posting a poignant photo of herself on the court, Jabeur said, “Leaving Wimbledon with the head up and really proud of myself.”

She added, “Special thanks to my team, to all the people involved and to all my fans around the world! Love you guys.”

“Honestly, she’s just breaking down barriers,” she said. “The first woman from her country to do anything that she’s doing – she’s inspiring so many people, including me.”

Prior to the quarter-finals, Ons herself also recognised her achievements at the grand slam a significant win for the Arab world.

“It means a lot,” she said. “Especially so many Arab people watching me and supporting me. I’ve received a lot of messages from different people … It’s amazing. But I don’t want the journey to stop here. I want it to continue.

“I mean, hopefully, whoever is watching, I hope that so many of the young generation is watching, and I can inspire them. Hopefully one day I could be playing with a lot of players next to me.”