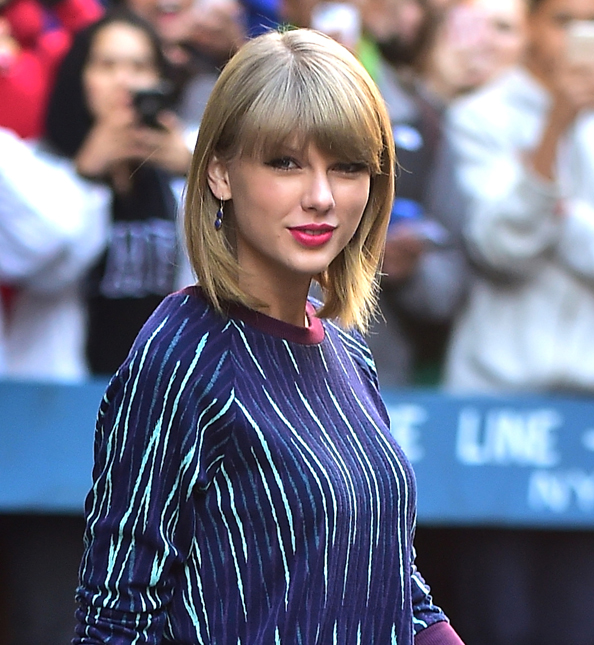 Taylor Swift seems to be making  a habit of making charitable donations to those less fortunate than her. The latest person to benefit from her generous and kind-hearted attitude is an 11-year-old girl suffering from leukemia.

The award-winning singer has donated US$50,000 to Naomi Oakes after watching a video on YoutTube about her plight with leukemia. The video, which was uploaded on July 5 by the 11 year old’s parents and has already achieved over half a million hits, stars Naomi a self-confessed super-fan of Taylor Swift. As an instrumental version of  Bad Blood plays in the background, Naomi’s story is told.

In the tear-inducing video (seriously get your tissues at the ready), it is revealed that on June 25 Naomi was diagnosed with acute myeloid leukemia and that Taylor’s Bad Blood  is her fight song. The type of leukemia has to be treated aggressively which means Naomi has to stay in hospital for six to nine months until the entire course of treatment is complete. Due to this she will miss out on her 2014 Christmas present, which was tickets to Taylor Swift’s August 18 concert in Phoenix.

The aim of the video was to get the attention of the 25-year-old music artist to get her to raise awareness of Naomi’s plight by sharing an Instagram picture with the hashtag #TeamNaomi. While Taylor is yet to share a picture on her social media account, she has delved deep into her pockets and donated US$50,000 to Naomi Oakes’ GoFundMe page.

Along with the donation she left the message: “To the beautiful and brave Naomi, I’m sorry you have to miss it, but there will always be more concerts. Let’s focus on getting you feeling better. I’m sending the biggest hugs to you and your family.”

Taylor is making a habit of being a charitable do-gooder. Earlier this year she donated US$15,000 to a firefighter who saved his own family from a terrible car crash. The money, which was alos donated via GoFundMe, was put towards the family’s extensive medical bills.

Well, if we weren’t Team Taylor before (we were), we certainly are now…