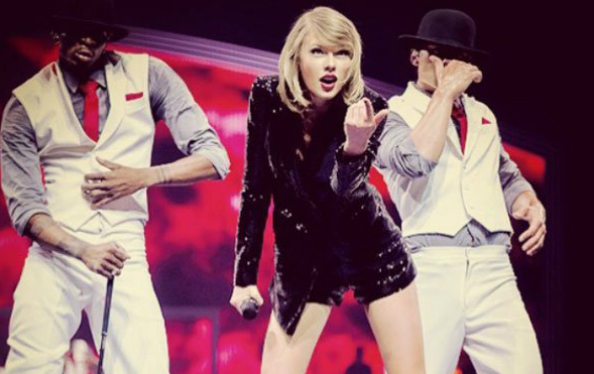 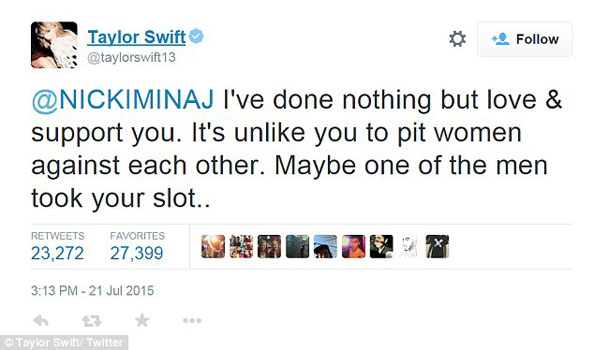 You know what they say, it’s impossible to determine tone in an email or text message and the same can be said for Twitter. However, there was no confusion when Taylor Swift and Nicki Minaj fell out in the Twittersphere.

Feisty singer Nicki Minaj started the ‘celeb war’ following her snub for the VMA Video Of The Year nomination. She tweeted: “If I was a different ‘kind’ of artist, Anaconda would be nominated for best choreo and vid of the year as well.”

Later adding: “If your video celebrates women with very slim bodies, you will be nominated for vid of the year.”

It was this second comment that seemingly bothered Taylor Swift, who is famous for her svelte physique. While it was not clear whether voluptuous singer Nicki was aiming comments at Taylor, the award-winning star was quick to respond to the cryptic tweet, replying: “@NICKIMINAJ I’ve done nothing but love & support you. It’s unlike you to pit women against each other. Maybe one of the men took your slot.”

And so began a very public back-and-forth between the two celebrities… with Nicki quick to insist she was misunderstood. She tweeted back to Taylor: “Huh? U must not be reading my tweets. Didn’t say a word about u. I love u just as much. But u should speak on this.” 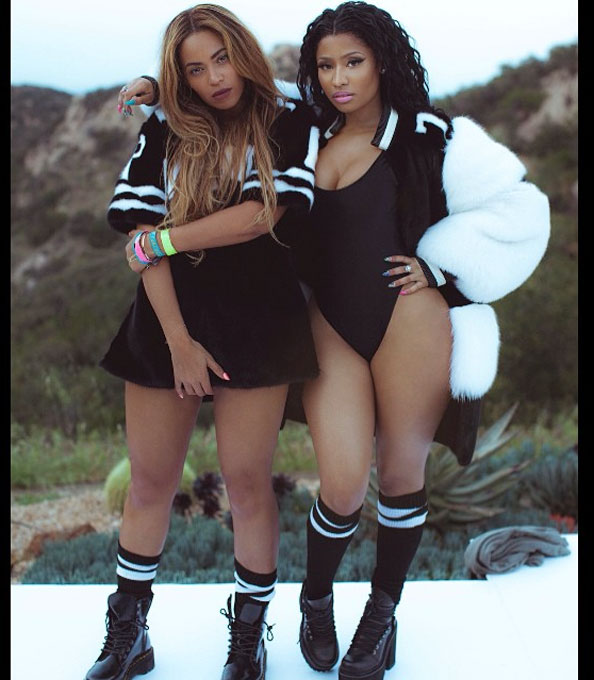 Clearly angered by the snub, Nicki’s Twitter rants appeared to suggest that the nominations were made according to size and race, further tweeting: “Black women influence pop culture so much but are rarely rewarded for it.” 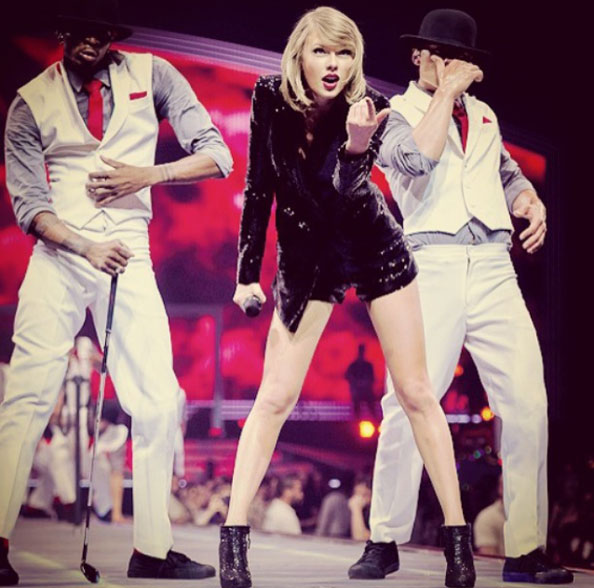 Taylor Swift was not happy with Nicki’s cryptic tweets

Following the alleged initial misunderstanding, Taylor replied to Nicki, tweeting, “If I win, please come up with me!! You’re invited to any stage I’m ever on.” Though we’re not sure whether that’s support or a passive aggressive dig.

Either way Nicki then blamed the misunderstanding on the media – “Nothing I said had to do with Taylor. So what jabs? White media and their tactics. So sad. That’s what they want.” 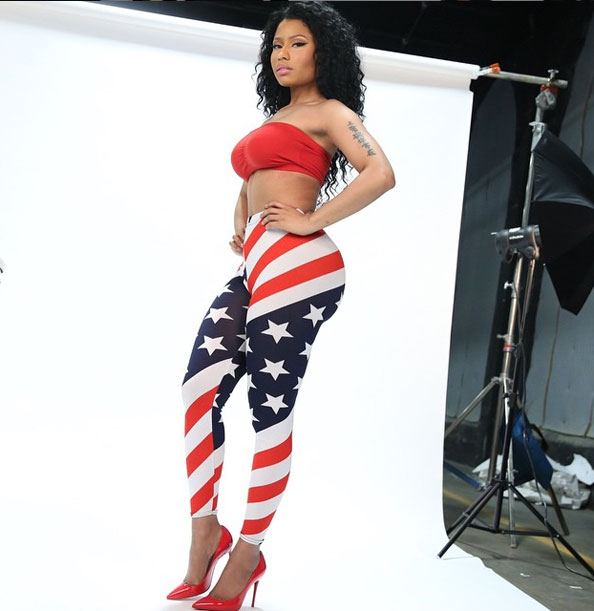 But then she later made an odd dig adding: “I’m so glad u guys get to see how this stuff works,. Taylor took her music off spotify and was applauded. We launched Tidal & were dragged.”

As we say, you can’t judge tone from a tweet but we think this feud is far from over…. With the MTV Video Music Awards taking place on August 30, we think it’s only just begun… Could we be in for another Kanye moment?

Two people who are seeing the funny side to the very public rants are fellow musicians and rivals for the VMAs Ed Shereen and Bruno Mars, who mocked Taylor and Nicki over a series of hilarious tweets: Nicki better what out as Taylor reveals she has some fighting skills….

Throwback to my first day of fight training for the Bad Blood music video. Thank you so much for the 9 nominations. You can vote for Video of the Year NOW!!!