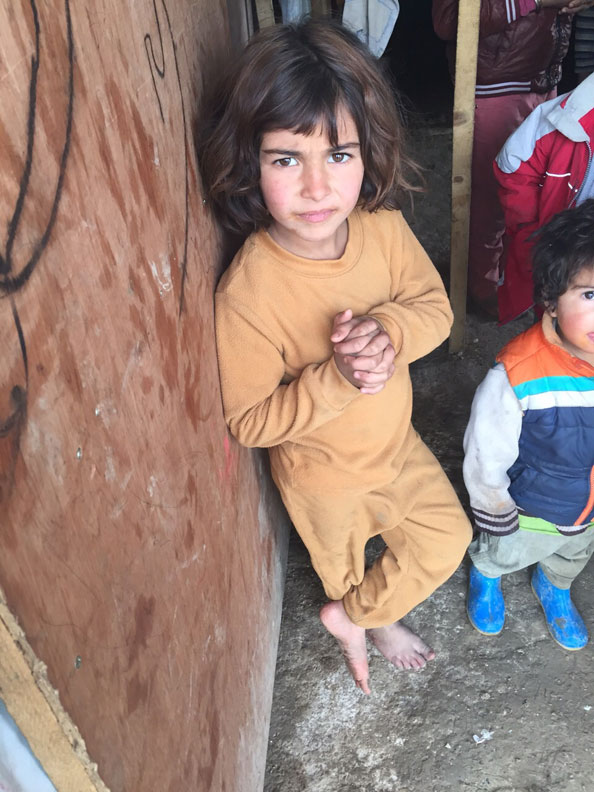 It seems that the world has become numb to words and images. With the abundance and speediness of resources online, it almost appears cinematic when viewing the repetition of brutality and destitution happening in the world. To understand the plight of the Syrian refugee children we must genuinely imagine what it would be like if we were not born as ourselves.

Imagine you were born in 2011 in an impoverished Syrian town barraged by bombs on a daily basis. Your surviving family scouring for food in the rubble, while you all seek shelter in high-altitude areas, and freezing conditions, wearing nothing but open toe shoes you found. You would be only four years old, but would have already gone through the trauma most adults will never come close to experiencing. 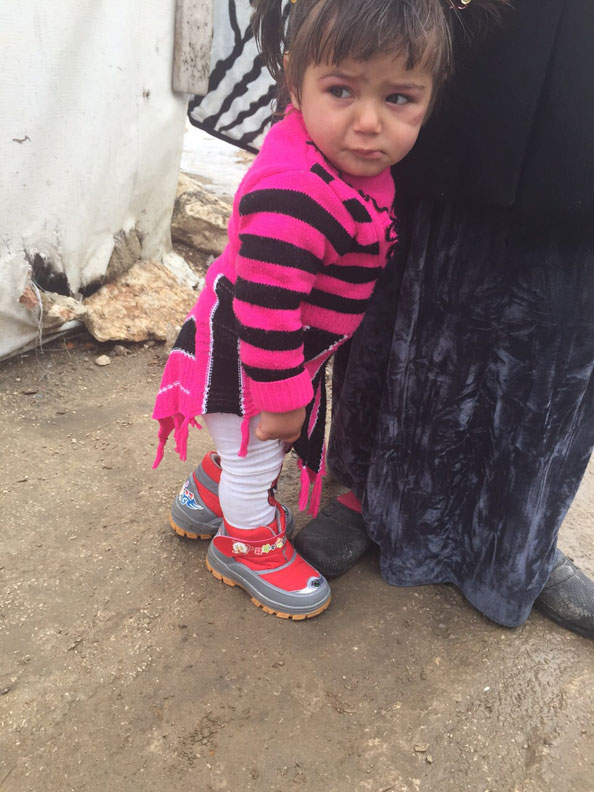 Now, imagine you were born 10 years before the start of the Syrian Civil War and you found yourself in 2015 as a teenager who loves football and painting. However, you have no time for hobbies because you support and care for your four younger siblings. You dash them through ruined towns in order to seek refuge in neighbouring countries after your parents were killed, only to find out that some borders are closed to you – you are essentially in an open-air prison with nowhere to go. 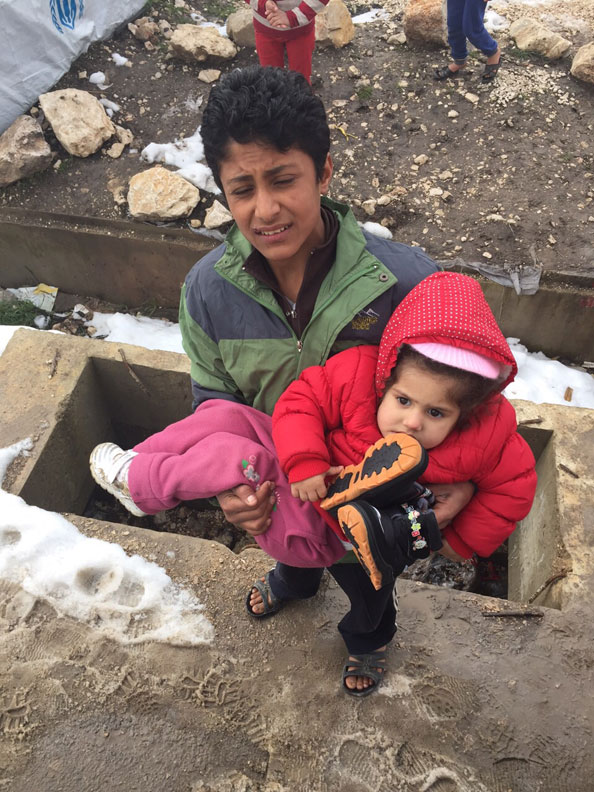 Luckily, for most of you reading this, imagining is as close as you will ever get experiencing such atrocity but for 13.6 million people this is a reality.

Once you have stopped thinking the above scenarios, you will most probably be more grateful for the variety of food you have on your table, the safe roof over your head, the warm blanket at night and the education you have received. With these luxuries, which we all deem as ‘necessities’, we’re able to do so much. We individually have the power to be the voices to the images and collectively help those who are unfortunate, innocent and most importantly vulnerable… those who weren’t as lucky to be born as us. 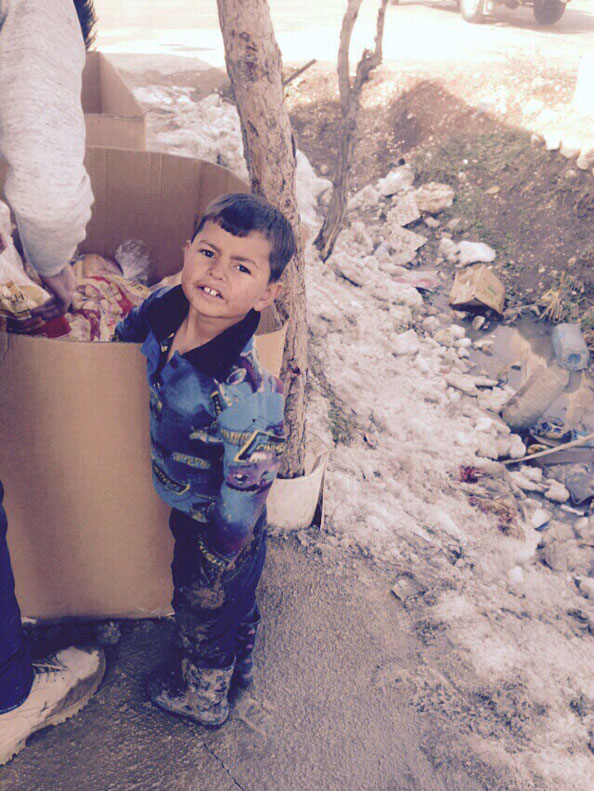 A child refugee reaches fro bread sent in from Intaliqi

The displaced Syrian refugees represent multiple future generations of broken homes and hearts. They are blurred images to most of us. An image of a woman walking barefoot, holding her baby while two offspring tag behind in the barren land between borders. A moving video of displaced toddlers wailing over their father’s dead body while naively trying to put his glasses back on in an attempt to revive him. Those are the ones who have fallen into the hands and hearts of most of us and of the refugee camps I am supporting in Lebanon. 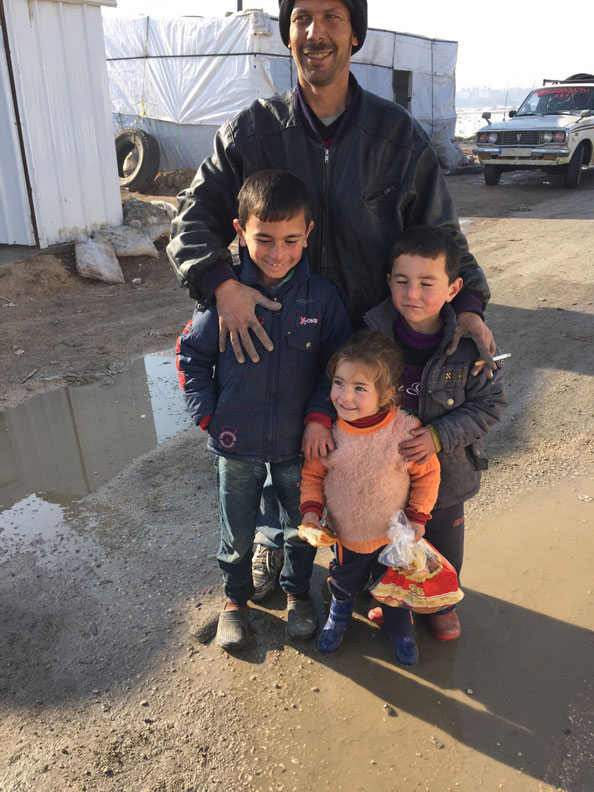 The only way we can humanly attempt to reduce this burden is by providing sustainable livelihood opportunities and education once the children and families successfully seek refuge. The camps I am personally supporting are in the Northern parts of Lebanon and just this winter, we saw several babies die due to the freezing temperatures. That’s when an non-government organisation (NGO) called Intaliqi (a literal meaning for a woman to emerge and break out), and myself, stepped in and have been raising funds in order to provide these camps with life’s most fundamental necessities. 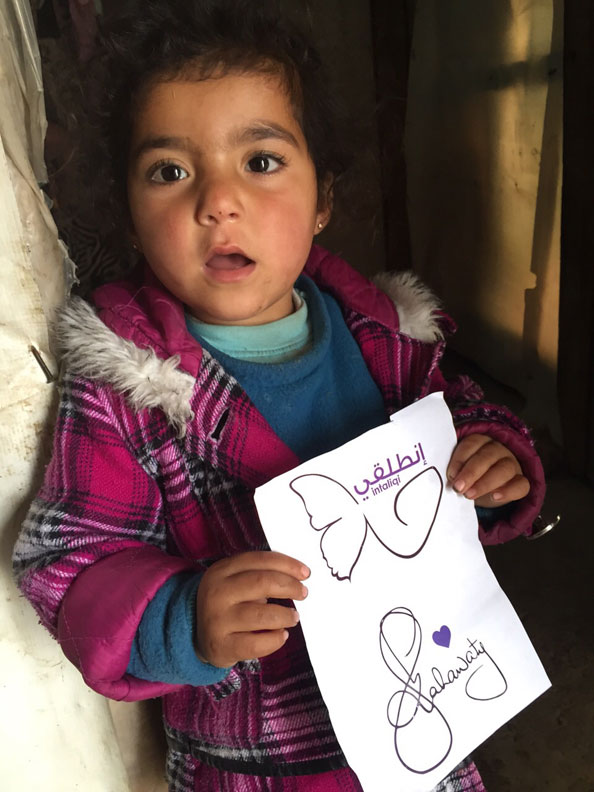 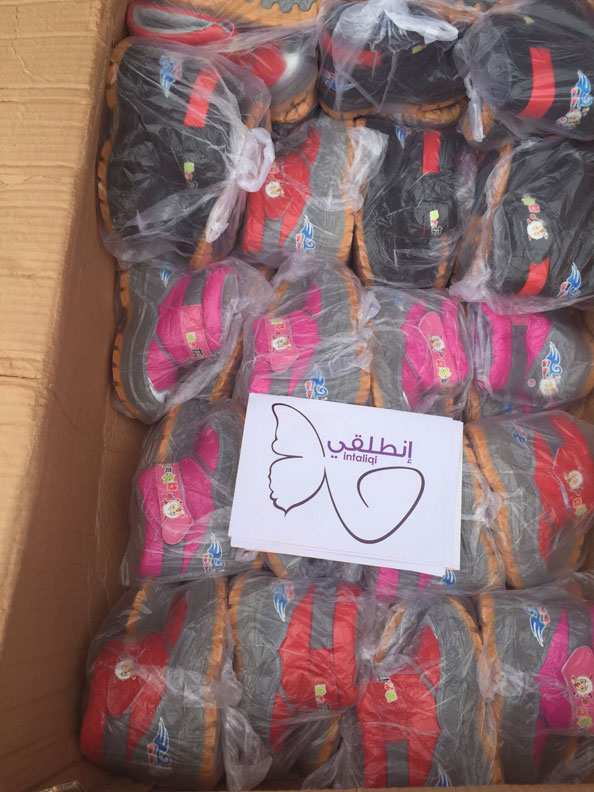 In just six days of meeting the NGO, I managed to raise, with the help of family, friends and social media, enough funds (both online and offline via generous anonymous donations) to provide bread, boots, non-perishable goods, blankets, medication and doctor visits. We are already helping thousands in a short period of time with 100 per cent  of donations going towards helping purchase these survival tools. Once we can create a sustainable living situation, education is our next step. If we manage to secure for the children a permanent routine of learning and knowledge, we will assist in paving a way for their future and hopefully prevent part of the generation from being completely broken. This may even help them emerge from a vicious cycle by becoming the voices of their own generation and maybe one day, have just enough to consider themselves lucky, like us. 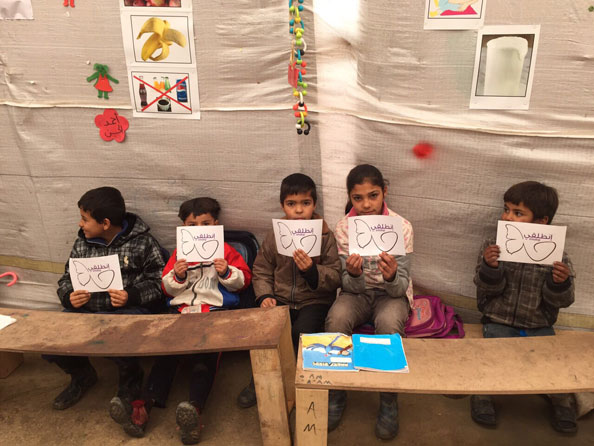 Inspired by Jessica Kahawaty’s story? Find out how you can donate and help, here.