Syrians Are Naming Their Babies After Canadian PM Justin Trudeau 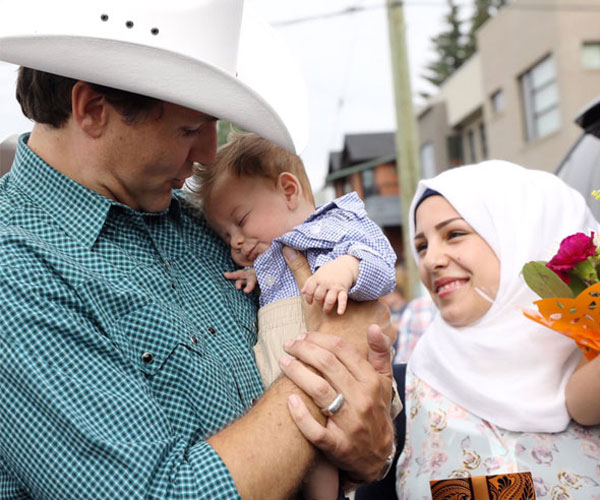 This is the touching moment Canada’s Prime Minister meets one of his little namesakes.

Now, some of these families are showing their appreciation in the most beautiful way – honouring the Prime Minister by naming their babies after him.

Photographs tweeted by official photographer Adam Scotti show Trudeau meeting one of his little namesakes, two-month-old Justin-Trudeau Adam Bilan, at a festival in Alberta this week. 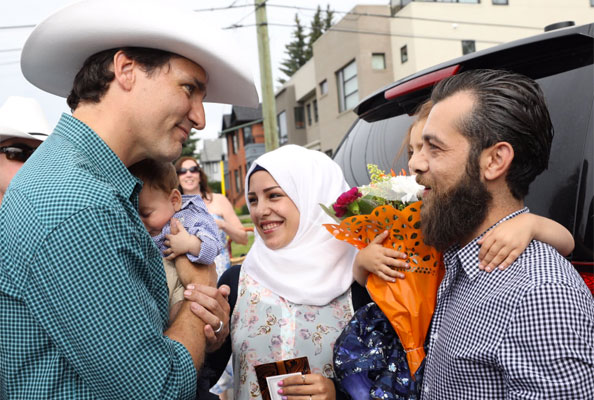 “It was actually very good, it was amazing. I can’t believe that I met the Prime Minster Justin Trudeau,” proud mother Afraa Bilan told the Daily Mail.

“He held [the baby] and he said, ‘This is Justin-Trudeau,’ and then he says, ‘I appreciate that you named him after my name’.” 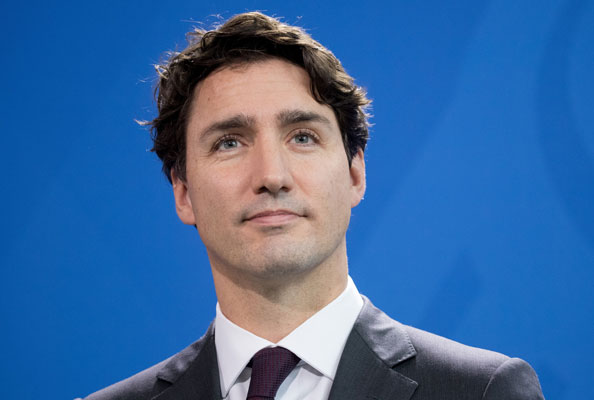 Earlier this year, Bilan told CBC News that it had actually been her husband’s suggestion.

“My husband said, ‘How about if we name the boy Justin-Trudeau, like him,'” Bilan explained.

“I was a little bit shocked … when he said that, I smiled a little bit, a small smile, then I said, ‘Yes, there is no problem, it will be like a small thank you for Justin Trudeau.'”

While choosing a non-Arabic name was a “different” decision, she said it was important to the family.

“In Syria we name the boys like the parents, like my father’s name or my husband’s father’s name, but now it’s by appreciation for Justin Trudeau, we name him like this.”

According to the Huffington Post, little Justin-Trudeau isn’t the first baby to be named after Canada’s leader. There are at least five other Syrian “Justins” in the country – as well as a girl, Justine.