Strong Is The New Skinny… And Not In A Good Way 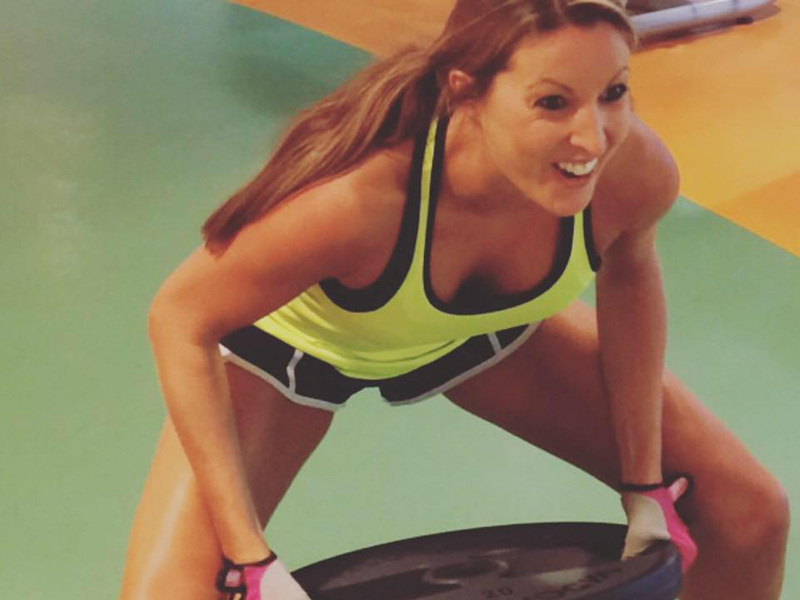 In 2013 Elle Fanning starred in a short film, Likeness, that exposed the stark reality of what goes on inside the mind of someone suffering from eating disorders. The world was shocked. Why? Despite 70 million of people worldwide suffering from anorexia not much is known about it. With National Eating Disorders Awareness Week running from February 21 to 27, we decided to delve further…

The film Likeness, which is available to watch on YouTube, but too disturbing for us to share here, was made in order to offer a rare insight into a common disorder that is so misunderstood. Someone who is determined to change that is UAE-based medical expert Dr Jenna Burton, a former suffer of anorexia nervosa who is on a mission to raise awareness of eating disorders (especially as they are in the rise in the UAE). She’s also behind the region’s Anorexia to Arm Curl campaign.

Are eating disorders a growing problem in the region?

It is a huge problem. We have such a comfortable existence in the UAE but we aren’t coping with our new burdens in life. We’re not ‘emotionally healthy.’ Food is a very easy thing to control, it can become the first port of call to manipulate. Some people starve all day then gorge at night when they’re alone. Others eat and then try to immediately spit out what they;ve consumed. There are many different types of eating disorders and the numbers are certainly on the rise. 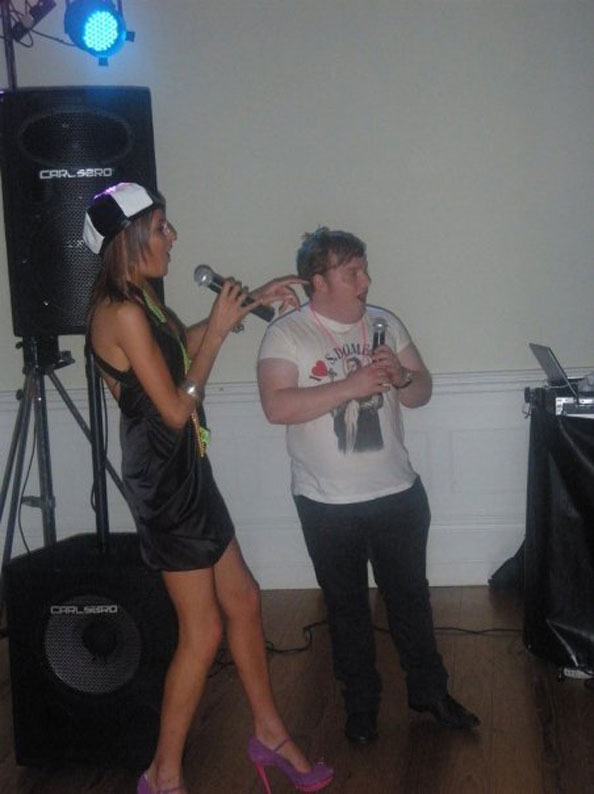 Dr Jenna when she was suffering from anorexia

How can we help tackle the problem?

We have to take the pedal off how we look. I’m not saying we shouldn’t take pride in our appearance, but we need to be strong enough to realise that all that matters is our own internal happiness.

Do you think the media is to blame for putting undue pressure on women?

Social media and magazines should put more of an emphasis on what we should do to be healthy and happy and not mocking celebrities for their change in BMI or advising us how to ‘lose weight in a week.’

How old were you when you realised you had an eating disorder?

I must’ve been around 10 years old. I wouldn’t let myself sleep unless I sucked in my stomach hard enough that it became concave. I didn’t realise it then, but this was the start of my journey with body image distortions.

How did this develop?

It was not until I was about 16  or 17 that I knew I was hiding something that I could not quite explain. I started to skip out lunch. I would hide my sandwiches, wrap them in toilet tissue and put them in the bin, terrified that anyone would see me. I would occasionally vomit after my mum made me eat something I considered fattening and generally started thinking about food constantly. I felt perpetually stressed about what to eat.

I replaced meals with diet coke, started to feel cold and tired permanently. I then went on the pill to hide that my periods had stopped. I was fearful that anyone would know I had an eating disorder, although my actions were shouting it loud and clear. 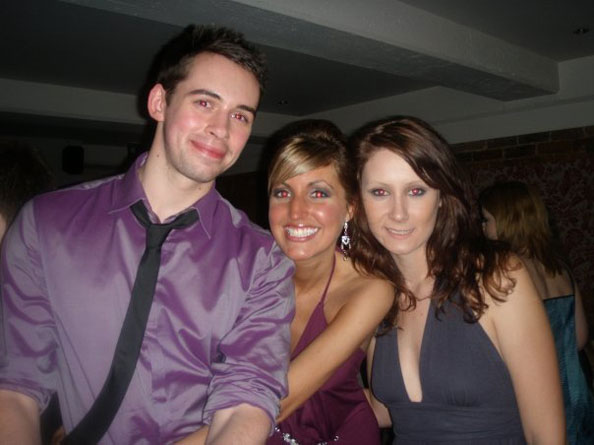 How did your friends and family react to your weight loss?

Initially, people were impressed. I was congratulated on my weight loss. Everyone would tell me how good I looked or ask how they could get my figure. I was made to feel enviable regarding my will power around sweets and chocolates. I just felt great despite my poor mum being beside herself with worry.

Did your behaviour change?

In truth, I enjoyed many aspects of the anorexia. I felt in control, I felt powerful and I was invincible. Looking back however, I was painfully lonely. As I started bingeing, I hit a depressive phase. People would assume I was on the road to recovery as I started to put on weight and looked more ‘normal.’ This was incredibly difficult as I was actually suffering from an alternative, more traumatic and guilt laden pathology. I felt I was invisible; suddenly no one would comment on my figure. I didn’t feel  I had anything left that stood me apart from anyone else.

I felt suffocated by the desire to binge and my moods were all over the place, a reflection of the rollercoaster I was putting my body and blood sugars through. I was not coping at all. 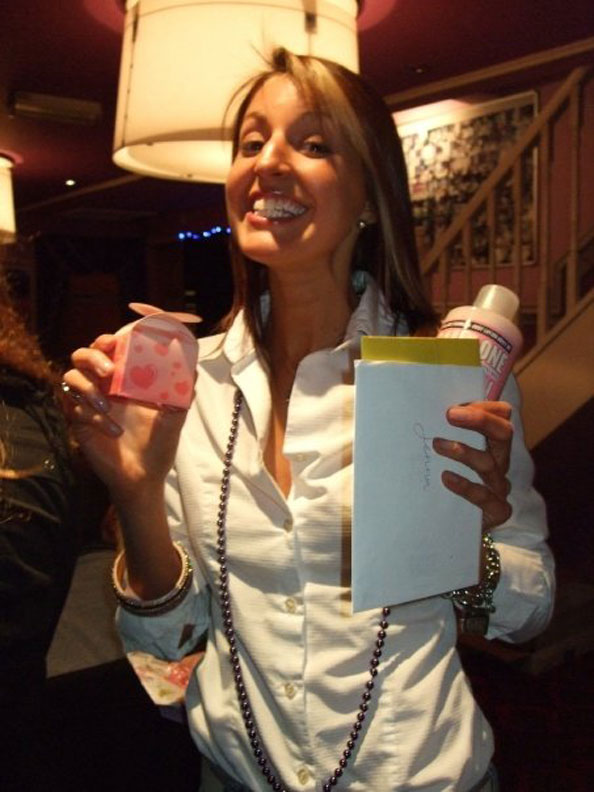 When did you decide to speak out about it all?

I didn’t mention it to anyone for seven years. I always had a cover up story; I denied it to close friends who also had eating problems and even tried to deny it to myself. At 23, I finally opened up after I had started binge eating and spiralling out of control.

After I had initiated therapy, I felt I needed to tell people. It took every ounce of courage that I had.

Did your relationship with your family and friends change?

My mum and I had some difficulty during therapy. I pushed her away for a while, got out a lot of internal anger and I think I blamed her to some extent. She is an amazing Mum and always has been, but I needed someone to blame.

Afterwards, I started to let people in. I got to know, and love, my family members for who they were and not for who I wanted them to be. I allowed my friends to see me, the Jenna as a person, and again not the version of me I thought they had wanted to see. They were allowed in and invited to see my imperfections.

What advice would you give to someone with an eating disorder?

Do not be afraid to get help. Try not to think about weight and focus on the happiness waiting for you on the other side. At some point, the eating disorder will come to a breaking point. So you can either wait for that to happen, or you can do something about it now. 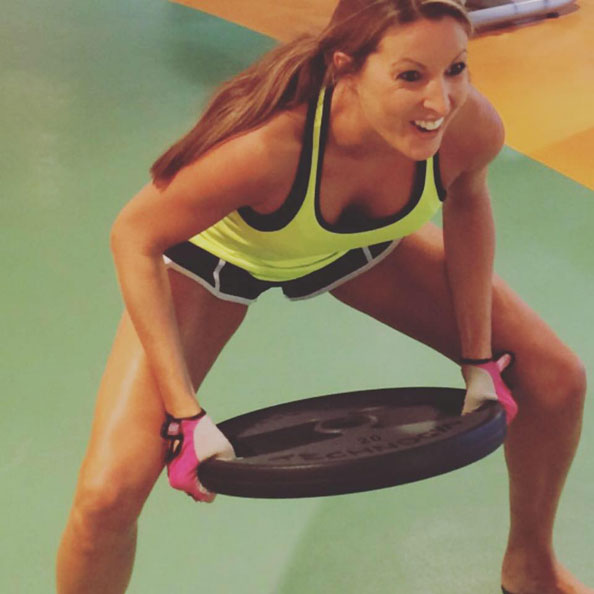 What’s your advice to family and friends struggling to help with a loved ones with an eating disorder?

No matter how scared, frustrated or upset you are, try and keep your cool in front of your loved ones. Internally they will also be having an equally tough time. Some people get angry, irritated, emotional, which is obviously completely normal, but this does burden the sufferer with even further anxiety.

How should you treat food around someone with anorexia?

Take the focus away from food. Leave food for them. Do not comment on how much is eaten (even if to congratulate.) Just put it down, leave it, then take it away when they have finished. Ensure they at least take a high quality multi-vitamin every day and a good source of protein. Sometimes protein shakes can be deemed acceptable even if reluctant to take in solid food.

Do not comment on their weight. Stop commenting on other people’s bodies and stop commenting, in any sense, on theirs. Remember that they are hurting inside.

So, what’s the idea behind the Anorexia to Arm Curl campaign?

I started a blog on my Facebook page Dr Jenna called Anorexia to Arm Curl. The message of Anorexia To Arm Curl is to go out, exercise and eat well but allow some moderation, give yourself realistic expectations and enjoy your life. Yes clean eating is good for you, but starvation is not. What life is it if you are not allowed a Thursday night take away once in a while or a night out with friends? 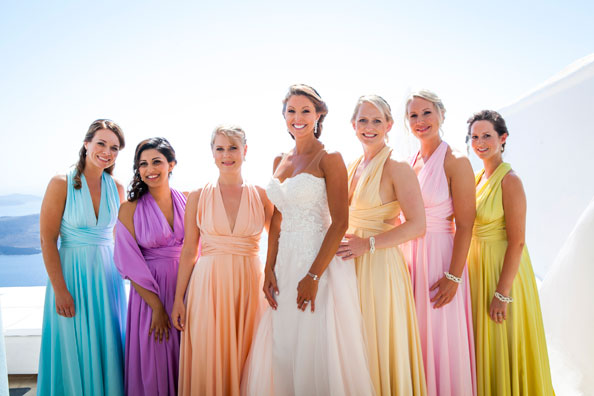 Is there a similarity to those with anorexia and those addicted to exercise?

As a previous anorexic, I started to notice the similarity between those that denied themselves food completely and those that were in physique competitions or acting as fitness models to achieve their desired bodies. Both counted and severely restricted calories, both used compensation mechanisms if they over ate, both had a heavy heavy focus on their body image and both were very unforgiving to themselves.

Do you know that binge eating is rife in physique model competitors? They very often ‘rebound’ and put on weight after the competitions and are frequently linked to binge eating post their starvation period beforehand. The body is so clever, it starts to store for the next famine despite how hard they try to overcome this desire.

Also, many take medications and diuretics which are not safe, have their menstrual cycles halt, damage their adrenals and thyroid function and lose so much body fat they have little storage system for needed hormones and body reserve. Yet we congratulate these women, use them for ‘#fitspiration’ and even put medals around their necks. It is scary. Strong really is the new skinny.

Dr Jenna Burton is a doctor at American Academy of Cosmetic Surgery. She specialises in surgical treatments and cosmetic procedures. She also works on a campaign within the hospital to promote healthy, moderate living and preventative medicine. 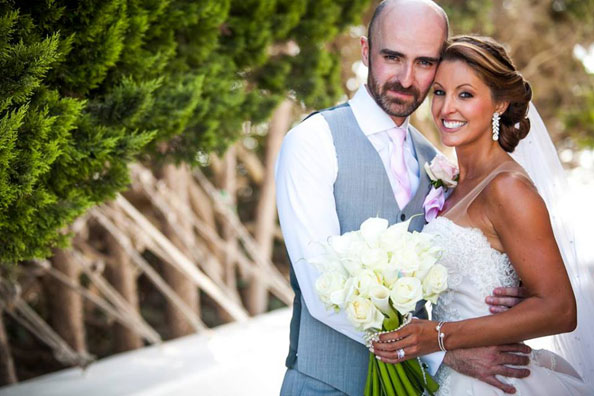 Happy at last Dr Jenna and her husband