Celebrity Hot Spots: Where The A-list Sleep In Dubai

Do you want to stay in the same room as Tom Cruise or lie next to Khloe Kardashian by the pool? The UAE is a certified celebrity hot spot when it comes to work and play.

From the overwhelming hospitality to the captivating mix of cultures and breathtaking views of the gulf, the UAE continues to lure in the A-listers. As we get ready for the Dubai International Film Festival, we reveal the top celebrity-favourite hotels in Dubai and Abu Dhabi. 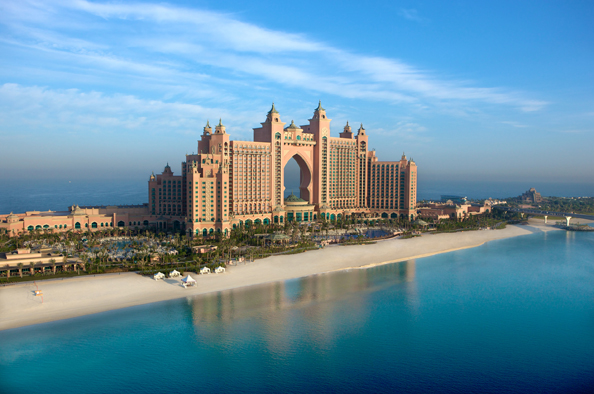 Kim Kardashian reportedly stayed at the Dhs129,000 suite per night at Atlantis, The Palm. The Royal Bridge Suite where she stayed included three gigantic bedrooms and iconic interiors that also featured 180-degree view of The Palm and the Arabian Sea. It had a private dining room that seats 16 guests, a library, games room and yes a media centre in true celebrity style. VIP guests were treated to a 24/7 Butler service, complimentary Dolphin experience at the hotel’s waterpark and free massages. Kim’s sister Khloe also stayed in Atlantis earlier this year when she visited Dubai while Formula One Heiress Tamara Ecclestone was spotted with her adorable daughter at the hotel a few weeks ago. Jourdan Dunn and Rita Ora are also among the notable celebrities who stayed and loved the property. 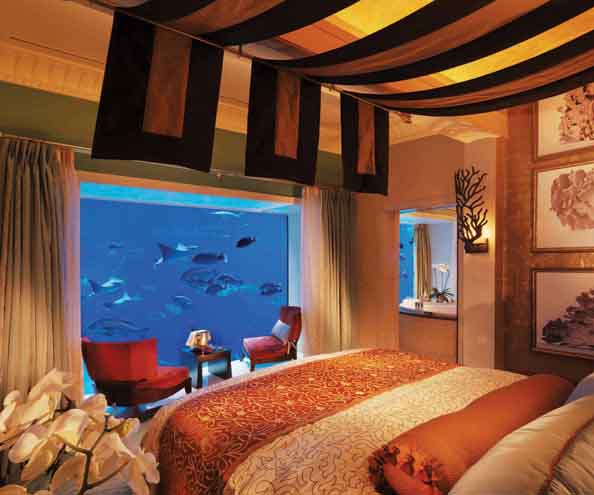 Khloe Kardashian stayed at the Underwater Suite and even posted snaps of herself on instagram. 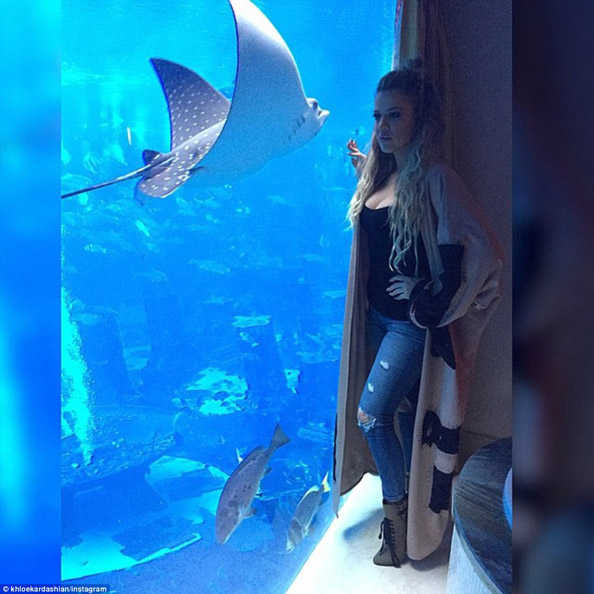 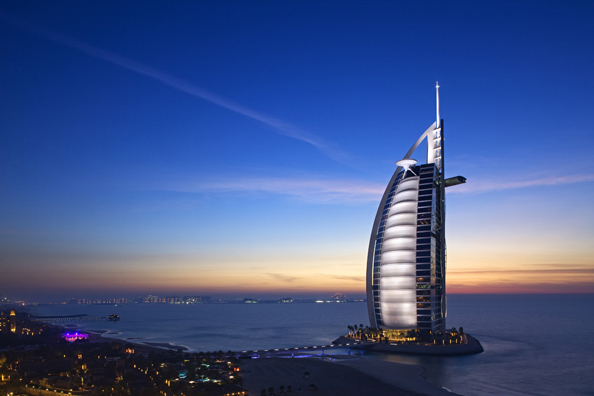 The distinctive sail-shaped silhouette of Burj Al Arab Jumeirah is more than just a stunning hotel, it has become a symbol of Dubai. The marvellous structure has been repeatedly voted the world’s most luxurious hotel with the finest service and facilities. Burj Al Arab Jumeirah suite-only accommodation offers discreet check-in within your rooms, a private reception on every floor and a host of personal butlers, each a warm messenger of unparalleled hospitality. Ronan Keating once shot his music video on the Burj Al Arab helipad while Claudia Schiffer, Andy Murray and Bollywood Power couple Abhishek Bachchan and Aishwarya Rai are among the frequent visitors of the hotel on their holidays. 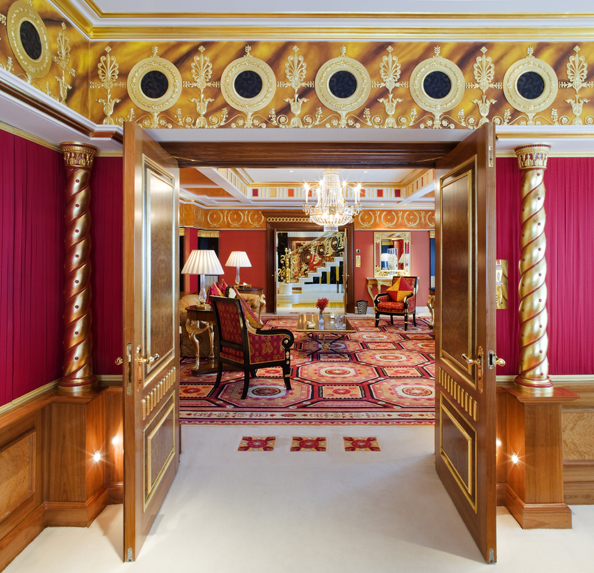 The luxurious interiors of the Burj Al Arab Royal Suite are enough to make you feel like a King or a Queen. 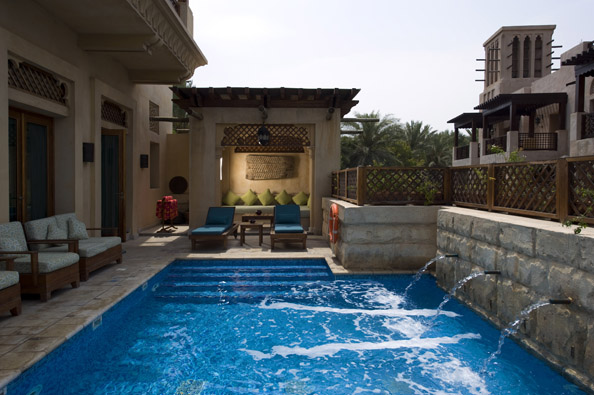 Tucked within Madinat Jumeirah’s captivating waterways and magnificent architecture is the resort’s most lavish accommodation – the Jumeirah Malakiyah Villas. The word malakiyah actually means royal and epitomises the level of luxury one can expect to receive. Tom Cruise and his crew reportedly chose the property because of its seclusion, impeccable service and utmost privacy. There is a private arrival and dedicated majlis for check-in. It also features private parking and direct and private access to the souk, beach and abras that would have allowed Tom to come and go as he pleases without worrying about the fans hunting him. He graced the DIFF red carpet in 2011 and praised Dubai as a beautiful cinematic city and the way it has developed is an extraordinary accomplishment. 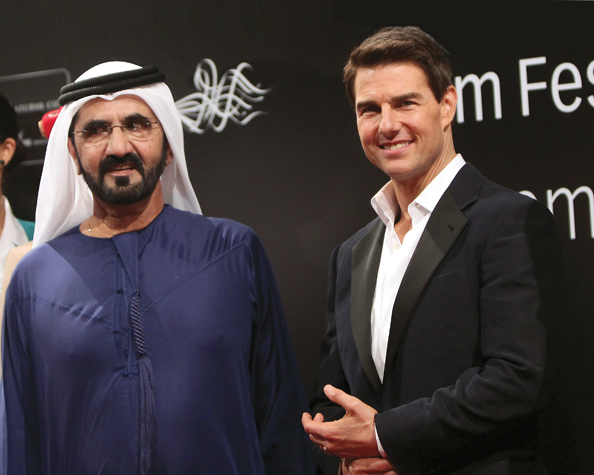 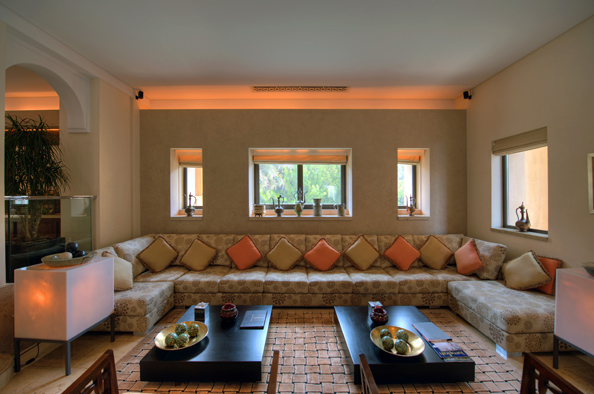 We can imagine Tom Cruise and his crew hanging out at this beautiful lobby of the Villa.

Related Story: 44 Reasons We Love Living In The UAE 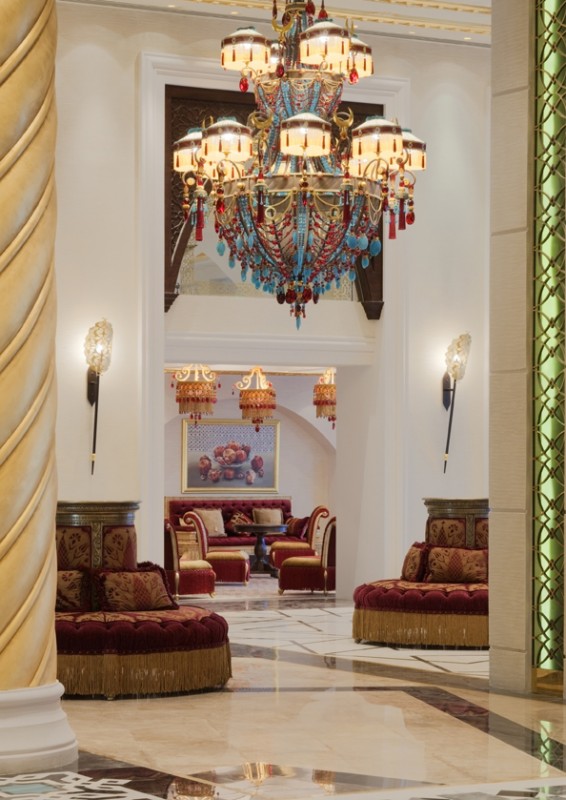 John Travolta flew himself (and literally flew a plane) to Dubai last year. The Grease actor was a guest at the launch of Breitling’s emergency watch and stayed at the Jumeirah Zabeel Saray. The five-star luxury hotel boasts 379 elegant rooms, 26 lavish suites  and 38 Royal Residence offering stunning ocean views. The opulent interiors are fit for a king and the award-winning Talise Ottoman Spa would have relaxed the actor from his interviews and guest appearances during his stay in the city. Nicole Scherzinger also stayed at the ottoman-inspired property during the shoot of UK TV Show The X Factor. 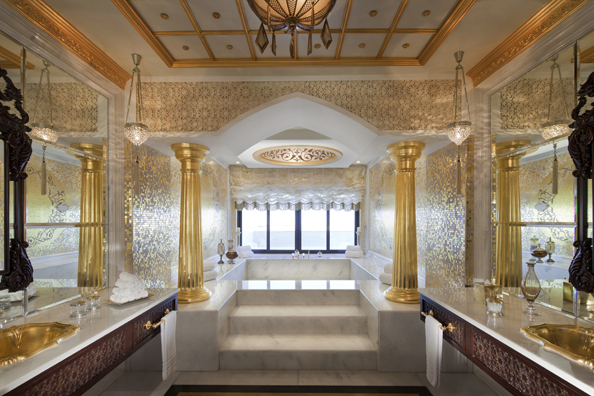 What could be more relaxing that The Grand Imperial Suite bathroom located on the highest floor of the hotel that features a giant Turkish marble bath and a private sauna.

Related Story: Top 10 Places To Live In The UAE It was only last year when Fast and the Furious 7 grossed over US$143.6 Million and the entire crew stayed and shot scenes of the film at the Emirates Palace in Abu Dhabi.  Will Smith, Naomi Watts and Orlando Bloom are also regular visitors of the stunning location. 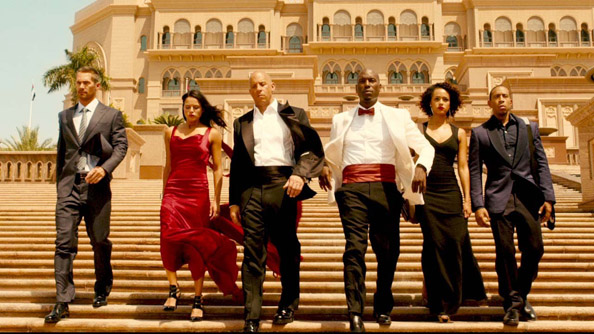