Soundtrack of the week | 22 by Taylor Swift

From her fourth studio album Red, Taylor Swift does it again with her latest catchy tune.

We’ll admit, here at EW, we’re fairly divided when it comes to music taste. We have Elizabeth who loves a little jazz, Jade who’s a firm Kings of Leon fan and Annah who, surprisingly, favours heavy metal, but one songstress we can all agree on, is serial dater, Ms.Taylor Swift.

Even though she often sings of heartbreak (and her numerous break-ups!), Taylor’s tunes always have a super fun and carefree attitude, sure to put us all in a good mood – even on deadline day!

In her new single, she sings (for a change) about the joys of being young,

Filmed in LA, the video follows Taylor and a group of gal pals (including Gossip Girl star Jessica Szohr) having the time of their lives enjoying what the Californian summer has to offer. Ahhh we feel a vacation coming on!

Love her slogan T? So do we. It’s by Indian designer, Ashish and while Colette.fr have already sold out, visit lyst.com and they’ll notify you when the statement top is back in stock. 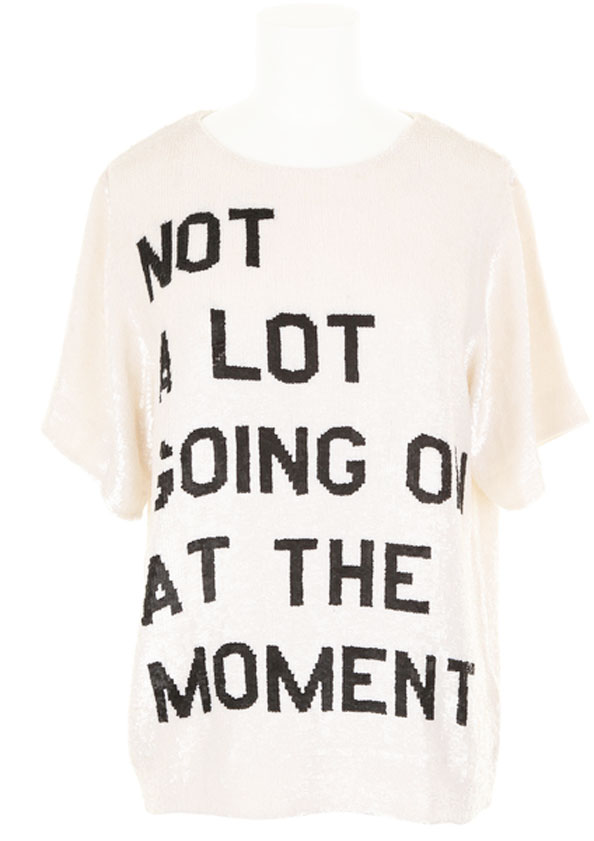