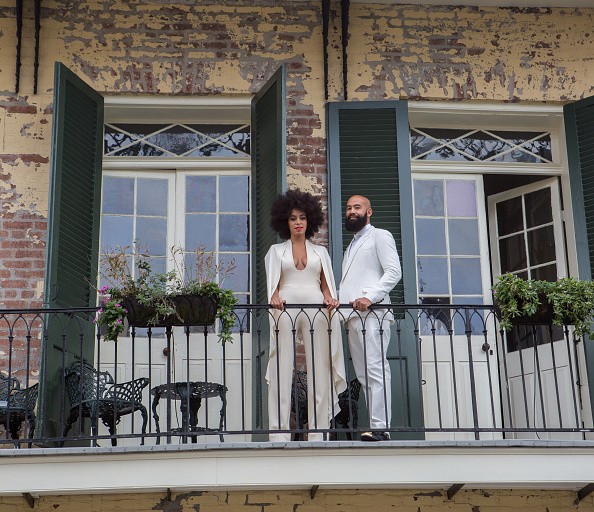 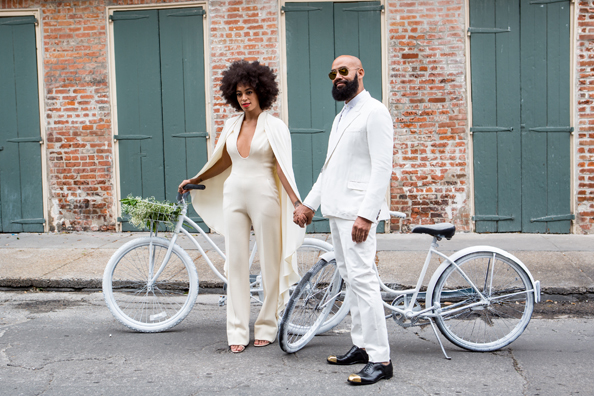 If there’s one thing Solange Knowles ain’t it’s a traditionalist and her wedding, this weekend in New Orleans, to video director boyfriend Alan Ferguson proved exactly that, with the bride eschewing a limo, or a classic car, in favour of arriving on a white bicycle decorated with cream roses.

The unorthodox choice of outfit? A somewhat scandalously-cut, caped cream jumpsuit by French couturier Stéphane Rolland. A long white dress wasn’t completely off the cards, though, with the 28-year-old singer changing into a chic gown by good friend Humberto Leon, co-designer at cult brand Kenzo. Once again choosing a cape to top it off, the bride opted for a clean-cut gown, the picture of minimalist beauty, accessorising simply with a red lip and matching gold cuffs. Partly superhero, partly 70s in flavour. 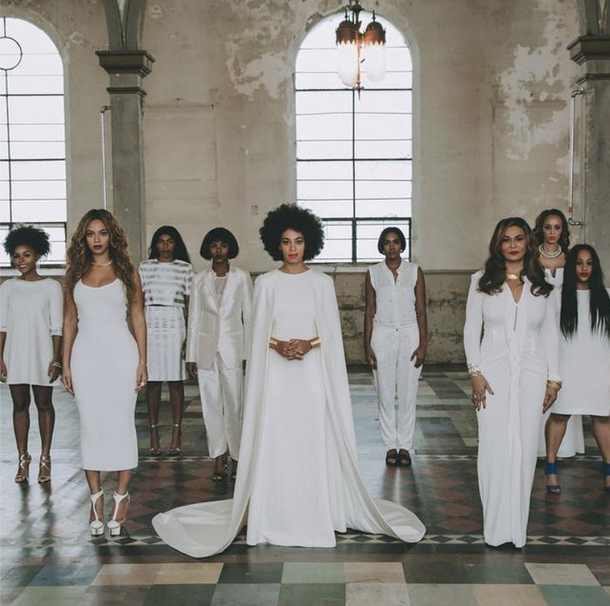 Bucking against the grain again, she wasn’t the only one to wear white with her entire bridal party of 50 people (including the groom, who is 23 years Solange’s senior) also head-to-toe in the shade. It made for some striking wedding pictures not least the tableau-style, all-female shot of Solange and her family, inspired by contemporary Italian artist Vanessa Beecroft and shot by photographer Rog Walker. 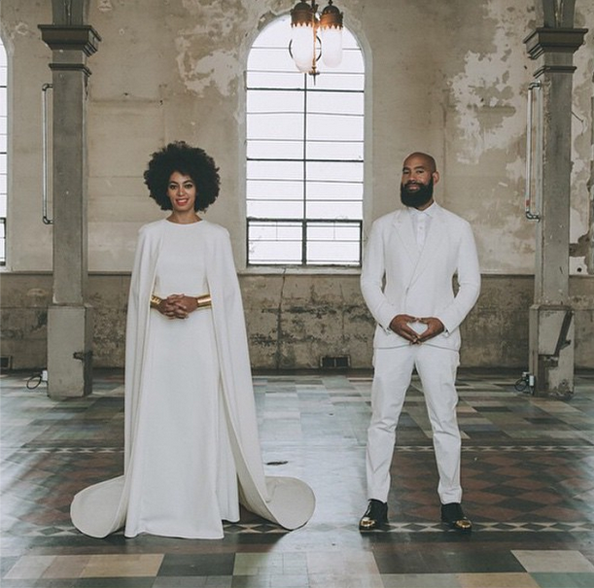 The nuptials were a far cry from Solange’s first wedding in 2004 to Daniel Smith; a rather more conservative affair. She was 17 and he was 19, they later had a son together Daniel Julez J. Smith, Jr, who the singer dubs as an unplanned blessing in spite of feeling she was too young to be a parent at the time. 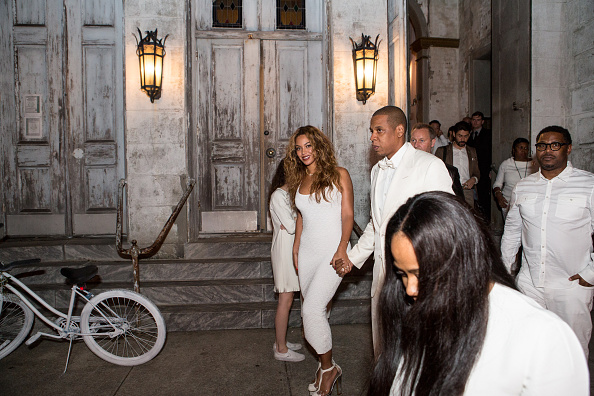 Beyonce and Jay-Z at the wedding. It is rumoured Beyonce arrived 15minutes after the bride and groom!

Solange walked down the aisle to one of her and Alan’s favourite songs, Donny Hathaway’s I Love The Lord, He Heard Me Cry, and there were also performances by their musician pals Kindness, Questlove and Kelela. Of course, what’s a Knowles family get-together without a dance-off, too? Solange threw some shapes with her 10-year-old son to the soundtrack of No Flex Zone. A truly intimate-sounding day.