UAE Girl Pens A Song To Save The World 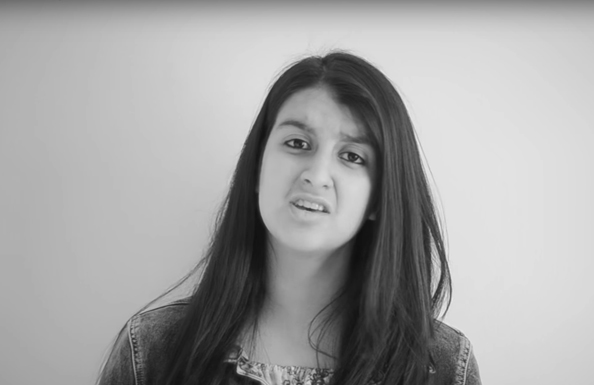 Following the recent attacks in Istanbul, Nice and Munich, one UAE singer has attempted to make a difference in the world through music. Fourteen-year-old budding pop star Siya Arora penned a single Slow Down World in an attempt to reflect the wrongdoings in the world. So compassionate were her lyrics that the single went viral over the weekend with people from across the globe praising her work.

Arora’s single is already on YouTube, receiving 8,241 views, and on her Facebook page where the video has reached an impressive 70,000 views.

“My name is Siya Arora and I am a 14-year-old girl from Dubai,” reads Arora’s statement on her YouTube page. “This is my debut single, Slow Down World that I have written, composed and sang. I’m absolutely disappointed and disheartened with all that’s happening now around the world, but I believe that we can still make things right. If you think the same help me spread this message by sharing this video and let’s make the world a better place.”

Her powerful black and white music video includes footage of world catastrophes, war zone imagery and riots, creating more of an impact with her lyrics.

Read: What Dubai Tribe Are You

Fans reacted positively to the lyrics with one commenting on YouTube: “Beautiful song from your heart – touches everyone’s heart and soul. I pray for everlasting peace and universal brotherhood. Keep up the good work.”

Another added: “Thank you for reminding the world to ‘slow down’ it is the need of the hour.”

Arora, who was born in Dubai to Indian parents, is also a budding actress and dancer. She admits she has been left shocked by the positive reaction surrounding her song. She told Khaleej Times: “This song is very special and close to my heart, it’s an English and Hindi mix and I will make sure it reaches the Indian prime minister, Modi.”