CHIARA FERRAGNI OF THE BLONDE SALAD 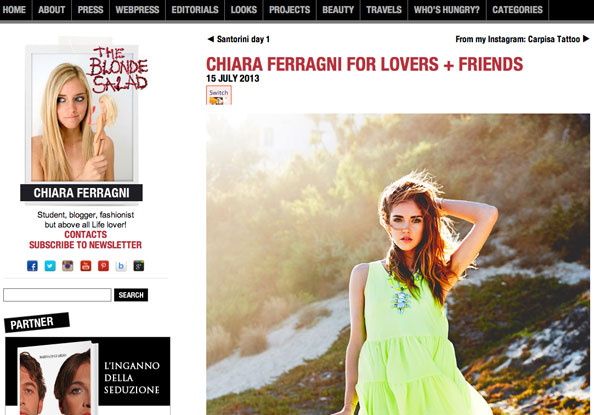 Chiara has been racking up awards and achievements ever since she created her blog back in 2009.

She has modelled and collaborated with countless fashion brands, from Louis Vuitton, to Ermenegildo Zegna and Mango.

Based in Italy and currently studying law at Bocconi University, Chiara has even released her own shoe line, available here. 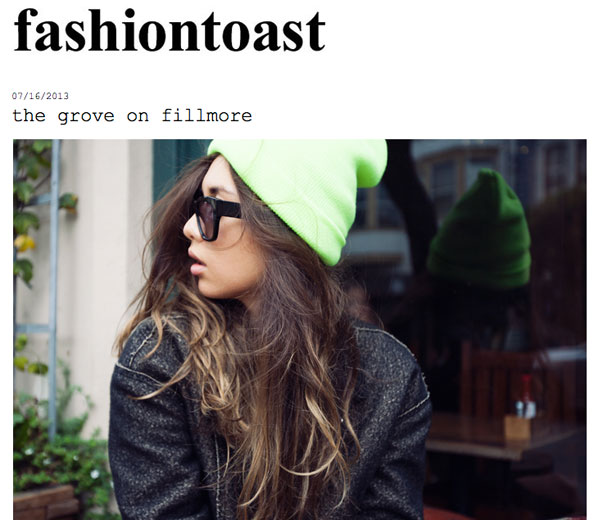 The ultimate Cali girl, Rumi has a penchant for floaty white frocks, distressed leather boots and wearing flowers in her hair.  With her effortless boho style, it’s easy to see why she has fast become one of the most popular bloggers on the scene.

Rumi kicked off her web career by selling vintage trinkets on eBay and a little while later she created Fashion Toast, her personal-style blog.

Fast-forward five years and Rumi’s blog is one of the most popular in the webosphere, she has a huge social media following (she’s nearly hit the 300,000 mark on Instagram), and is widely considered a tastemaker in the industry.

EMILY SCHUMAN OF CUPCAKES AND CASHMERE

Dip into Emily’s world where everything is candy-coloured and sprinkled with sequins – no wonder it’s one of team EW’s daily clicks!

Emily’s site cleverly mixes fashion, food and everything else pretty and girly in-between.

She launched her blog in 2008 and by 2012 had released her first book, based on the style, DIY ideas and recipes from her blog.