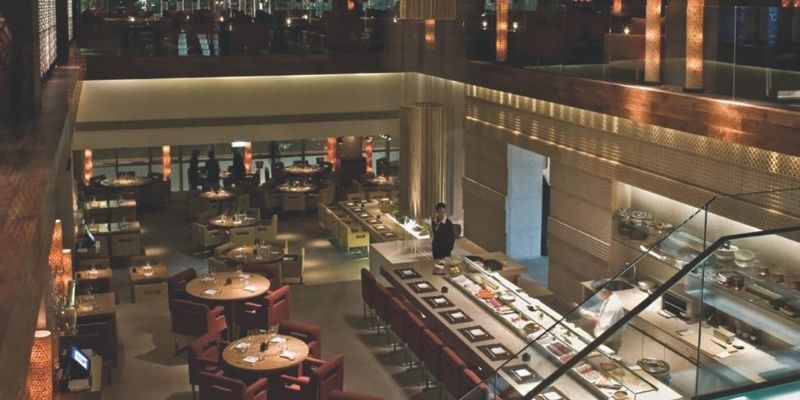 When it comes to being the crowning jewel of the restaurant space in Dubai, Zuma is certainly one of the strongest contenders to take that title.

Having been at the forefront of the F&B space in the emirate for 12 years, Zuma has continued to be a staple for restaurant-goers in Dubai. With impeccable service, an unbeatable menu, a stellar venue and its household name, the contemporary Japanese restaurant has stayed at the centre of the restaurant scene despite the ever-growing and crowded market in Dubai which truly makes the establishment a showstopper.

Emirates Woman sat down with Zuma’s owner and founder Rainer Becker to find out what brought Zuma to Dubai 12 years ago, how the restaurant has lasted the test of time, Zuma’s hero dishes and what it takes to stay at the top of your game in such a competitive space.

Can you talk us through your career history?

I trained in some of the most prestigious kitchens in Germany, including Goethehaus in Bensberg, Koenigshop in Munich and I eventually became Chef de Cuisine in the Hyatt Regency Hotel in Cologne, where I stayed for three years.

I then had a “breakthrough” moment when I was promoted to Executive Chef of Park Hyatt Sydney, in 1992, a role which I very proudly accepted. I was there for two years and gained some recognition including being awarded Executive Caterer of the Year. Following this time in Australia, in 1994, I became Executive Chef in the Park Hyatt Tokyo, where I was in charge of launching and running all of the five hotel restaurants. I stayed there for six years before returning to London with dreams of opening what is now Zuma.

We opened Zuma Dubai in 2008, four years after opening Zuma London and one year after opening Zuma Hong Kong. At the time, and to this day, our decision to open in a specific location is really driven by our customer base. Cities such as Hong Kong and Dubai are where our customers travelled for work or for vacations and it made sense to follow our clients.

How does the food and beverage industry here differ from other places around the world?

When we first opened Dubai it was a very different beast! The market has changed significantly in the 10 plus years that we have been open. It is now a lot more competitive; it is a crowded market but no more than anywhere else, you just feel it more because it has happened so quickly. I think this is a positive though, you need to be at the top of your game all the time to remain a market leader. 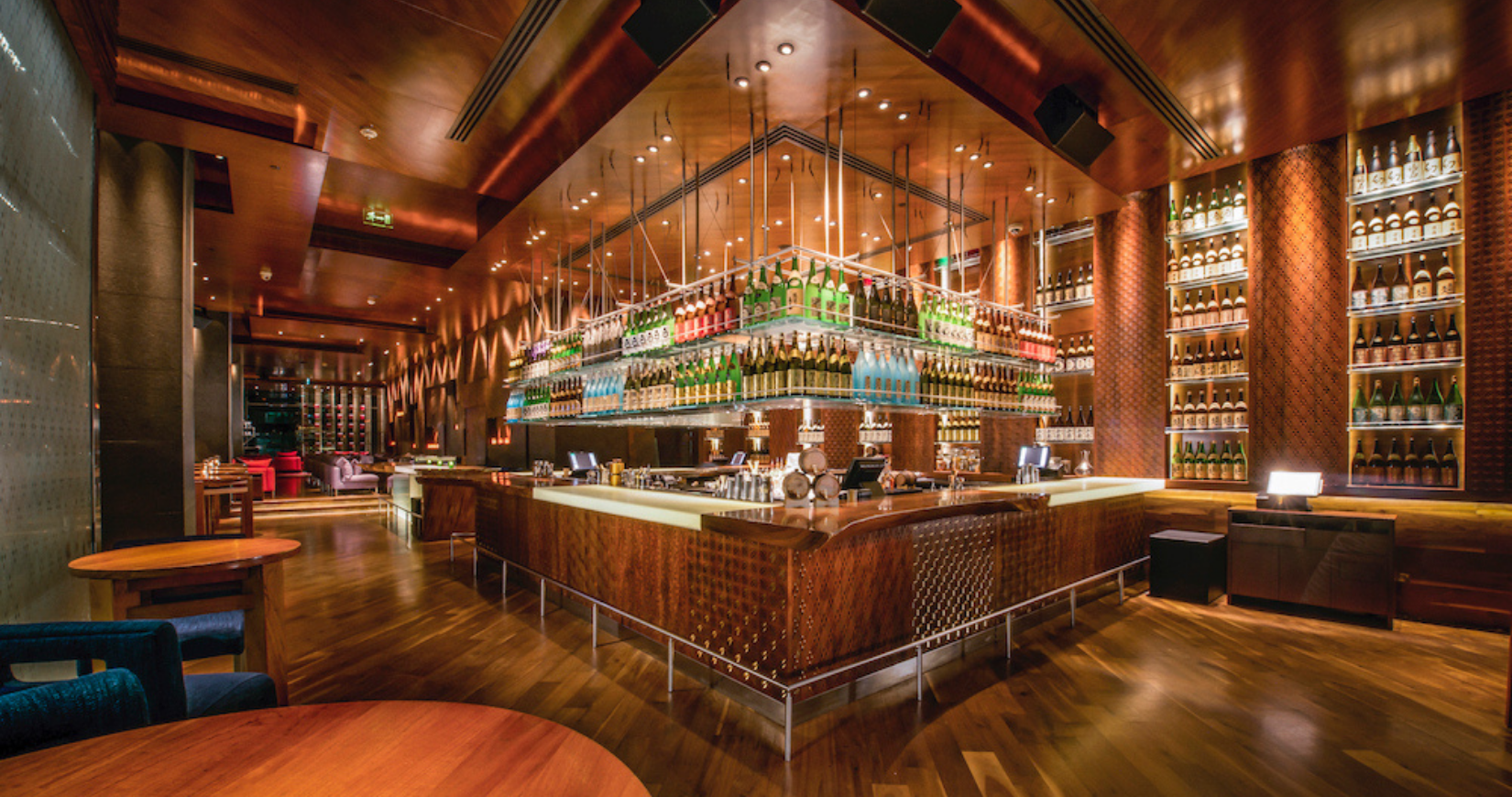 Having first started in London, what was the appeal of bringing Zuma over to Dubai?

I probably answered this earlier, but it was our customers! Aside from that the other deciding factor was my business partner, Arjun Waney, whose brother resides in Dubai and had for many years. He explained to us that there was nothing like Zuma in the marketplace and he felt we would do well there. The rest is history!

You’ve just celebrated an incredible milestone of being named the top bar in the Middle East. What does this achievement feel like?

It’s wonderful! I could not be prouder of the team. I never would have imagined this after 12 years. It really illustrates how hard everyone works to be “at the top of their game”.

You’ve really paved the way for a lot of international brands to come to Dubai. How do you ensure Zuma stays ahead?

I believe competition is very healthy, it drives the business forward and forces you to strive to be consistently better. Product and consistency are key! Additionally, I believe all elements within a restaurant hold equal importance, the design, service, food, drinks, lighting, music. We have all been out for dinner and had great food but if the service is not up to scratch you are not likely to return. We work incredibly hard as a business to ensure that all areas are of the highest standard.

What are the hero dishes, in your opinion, at Zuma?

Oh, that’s a tricky one but I would probably go back to some of the original Zuma London dishes. My hero dishes are the chicken wings with sake, sea salt and lime; they are very simple but have just the right level of sweet, salt and acid. Additionally, the tuna tataki; sliced seared tuna with chilli daikon and ponzu sauce is a particular favourite of mine. To be honest, there are too many hero or signature dishes to name. Others include the Chilean sea bass, spicy beef, yellowtail with ponzu – the list goes on!

Who would you say your chef inspiration is?

There are too many to count but I would definitely say Alain Ducasse inspires me, he draws on classic techniques and puts a contemporary twist on his dishes. In the Japanese food world, Chef Hirohisa Koyama changed the way I saw Japanese cuisine and was very much ahead of his time. And I know she is not a “chef”, but my mother was a really good cook and I remember her cooking dinner whilst I was doing homework at the kitchen table, I would often jump up and try to get involved.

What are the hurdles you’ve experienced during your career?

Sometimes naivety and enthusiasm are our best business gifts. I never opened Zuma with a concise business plan for the global reach it now has. I only ever wanted to open one restaurant, and I never thought beyond that at the time when I was planning the original Zuma. As a result, I sometimes struggled with the idea and speed of the business expansion, you worry about being able to consistently deliver. But here we are and I am very proud of what we have built and the team behind it all. 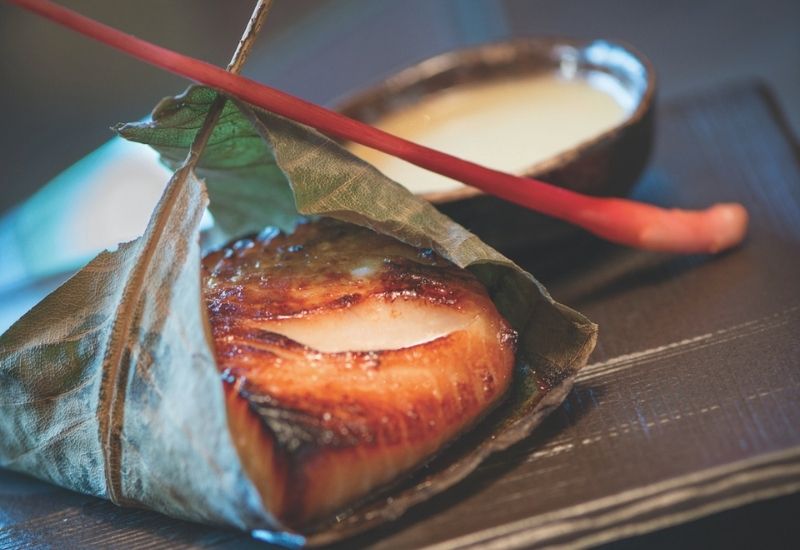 On the opposite end of the spectrum, what are the milestones?

I always wanted to cook. I used to come home from school and my mum would be cooking dinner. I am not sure if that was a driving force or impacted my choice but for as long as I can remember I enjoyed and wanted to cook. My father, however, decided it wasn’t much of a career so, in a bid to dissuade me, he sent me to his friend’s restaurant to work there one summer, in a desperate attempt to put me off. I got stuck in doing basic cooking and kitchen duties – it was hard graft! Instead, I came back more fired up than before. From that moment, he supported me so that was a pretty big milestone. My career took me to Australia and from there Japan where everything changed, both experiences were very influential to me and therefore pretty big milestones.

What do you see next for Zuma Dubai?

The team are driving the business, innovating and achieving great things – I would be happy to see that continue in the years to come.