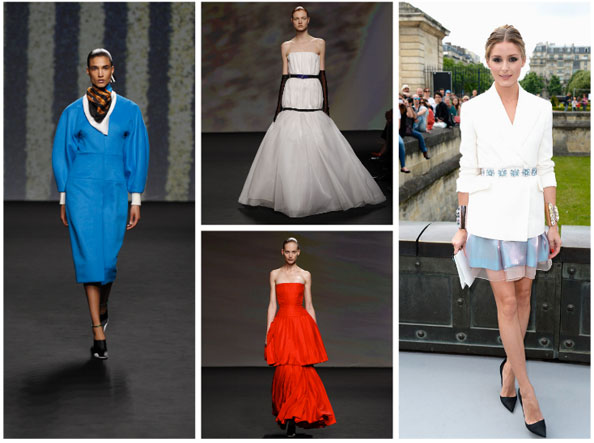 “I like the idea of freeing up couture,” said Raf Simons before he unveiled his seventh collection for Christian Dior at Paris Haute Couture week yesterday. A collection that is sure to lead the way to a modern era in the French fashion house’s haute couture history.

The collection shown on the second day of Haute Couture fashion week in Paris, featured a whole variety of textures, shapes and even flesh revealing fabrics inspired from Asia, Europe, Africa and the Americas.  Simons revealed: “The collection evolved to be about Dior not just being about Paris, but about the rest of the world and how many fashion cultures impact on the house and on myself.”

Simons relied heavily on a palette of monochrome, cobalt and fire engine red, but as we know the Belgian designer is not one to shy away from colour and we saw splashes of mint, emerald green, pale pink, canary yellow and orange.

Dior’s classic feminine silhouette was evident with nipped in waists and hemlines either full-length or hitting just below the knee.

There was a heavier feel for outerwear with many of the jackets and coats coming in boxy frames with dropped curved shoulders and wide dolman sleeves.

Lips were painted in a frosty pink hue and pressed with glitter, while tresses were slicked back with gel. 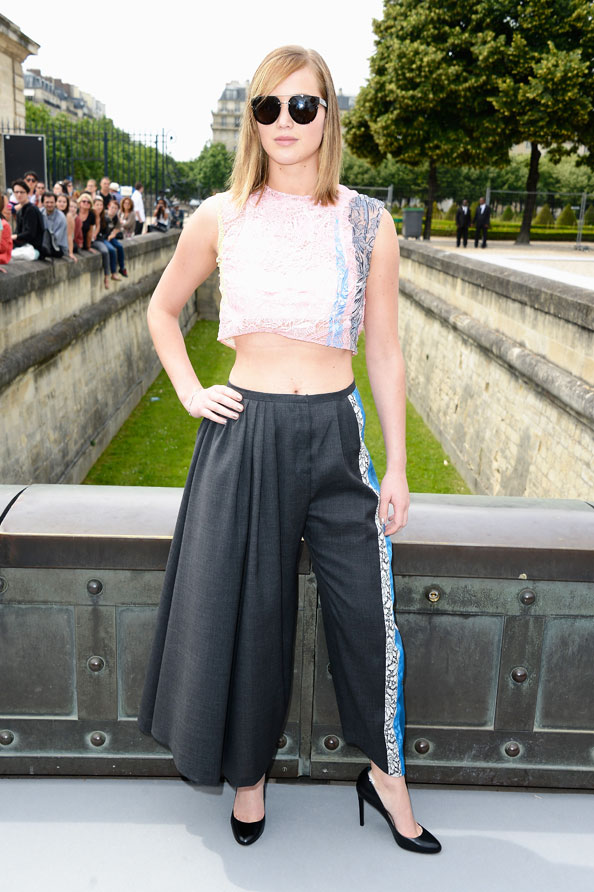 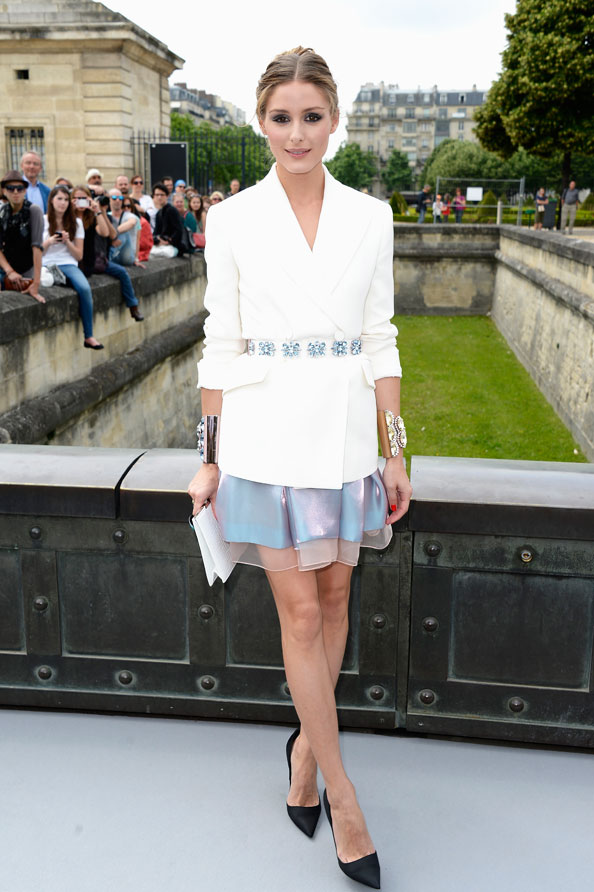 Images: courtesy of Dior and getty