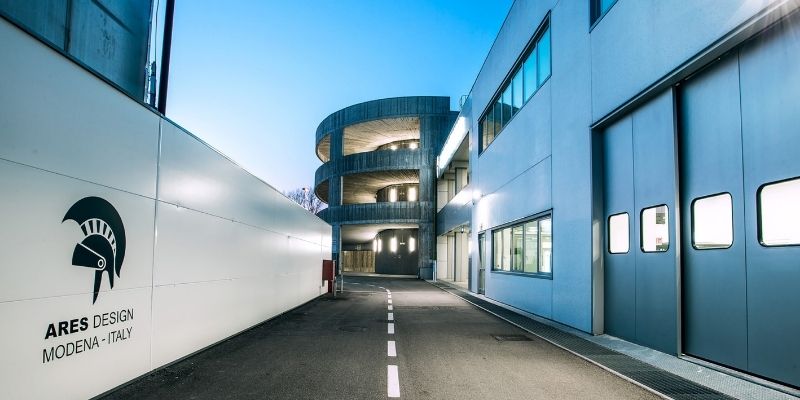 Dany Bahar, the founder of Italian bespoke coachbuilding specialist Ares Design, has created a storm within the luxury auto industry. With a new showroom in Dubai and plenty more planned across Europe, Asia and North America, here’s what you need to know about the man and the brand.

The accusations flew thick and fast. When Dany Bahar was fired as the CEO of Lotus in 2012, the parting was acrimonious, and the ensuing litigation eventually settled out of court. But for anyone who was even remotely aware of Bahar’s track record, knew better than to assume he’d let the experience result in him fading away and cowering in a corner. After all, this was a man who launched world-class F1 racing teams and was even tipped to become numero uno at Ferrari – but he had bigger dreams to catch. 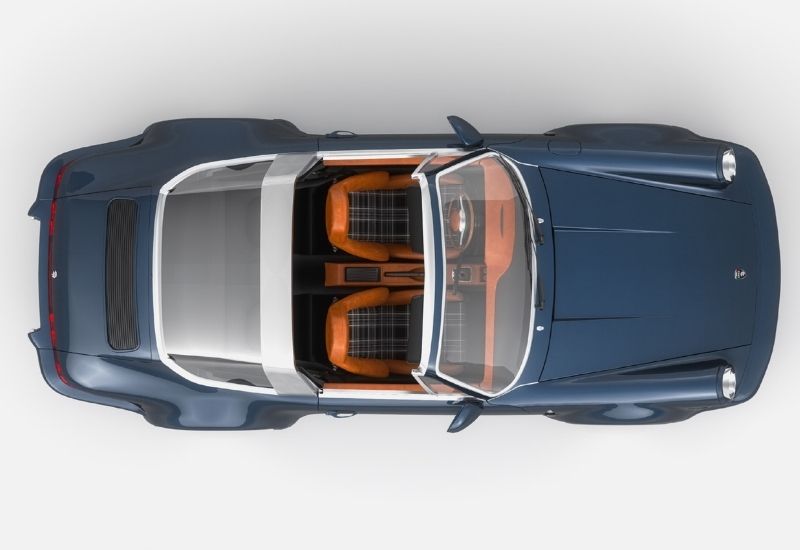 “Shortly after I left Lotus, I didn’t feel like continuing to work in a big corporate structure again, so I let my imagination run riot and explore other avenues. I soon realised that when people were speaking about bespoke vehicles, they were limited in what they could purchase. They pay millions of Euros and yet while their cars are bespoke [only] in some areas, manufacturers were still restrained in what they could ultimately deliver,” Bahar tells Emirates Man.

While still toying with the idea of starting up his bespoke coachbuilding company, it was an experience with a customer that finally pushed him over the edge. He recalls sitting down to lunch, nearly a decade ago, with a very wealthy Saudi prince at a café in a small village just outside Monte Carlo. The prince, one of the world’s most prolific car collectors whose garage is filled with hundreds of cars, drove to the venue in a $2m Bugatti.

Just as the two were slicing into their fish, the prince saw through the window of the café another person pull into the parking lot – driving the same model as his Bugatti and in the same colour too. Livid that $2m could not get him something unique, he told Bahar to take the keys to his Bugatti, and do something special with it. “I knew then for certain that there was room for an Ares, a company that can coach build, one-off genuinely bespoke creations. I then set about founding the company with my business partner Wahleed Al Ghafari and sourcing funding from our shareholders to make the company a reality,” says Bahar. 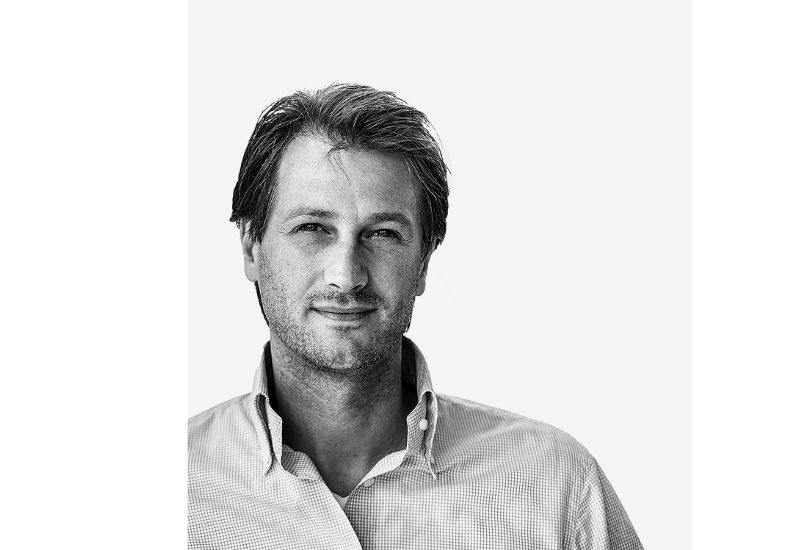 Back in 2013 when Ares Design started, it was a five-man entity – an engineer, designer, financial backer, the customer and Bahar himself. The idea, he explains, was to position Ares as the ‘Hermès of the auto industry’ – low volumes, high margins and an ultra-luxury positioning.

“Our USP is, without a doubt, the unlimited individualization possibilities that we can offer our clients. That doesn’t just mean the availability of colour choices or interior finishes – any good manufacturer can do that. We are talking about the actual car design, be it someone who wants an SUV with eight wheels, or seven doors, and to realise a dream design that they have wanted since they were a child,” says Bahar. “As long as it respects the local safety requirements and homologation rules, we can create it for our customers.”

Nearly all the major luxury auto manufacturers have customization programmes. But even they are limited in what they can offer as the production lines cannot be reconfigured altogether each time a customer comes in with a request. Customers are given access to a configurator and they pick and choose from there.

At Ares’, the configurator is a blank sheet. Hyper personalization is actively encouraged. “We had one client who wanted us to source the same denim as his partner’s jeans for his upholstery. We take it as a compliment if customers come to us with requests that are slightly out of the ordinary, because they trust us to deliver [on them].” Where the Ferraris, Bentleys, Bugattis and Rolls-Royce ask customers to rein in their imaginations when it comes to customization requests, is the starting point from where Ares picks up.

The Italian company has scaled rapidly and now has a 23,000-square-meter facility on the outskirts of Modena, with the three-storey structure formerly serving as a Fiat-Alfa-Lancia dealership. From a five-man team, it today employs around 150 staff across design, manufacturing and engineering, upholstery, among others. Bahar has focused on developing in-house capabilities, with craftsmanship always regarded as a prized asset. “At Ares, everything is under one roof – from the initial line drawings to the final delivery, it is all taken care of here. We don’t make the power trains or the chassis, we leave that to the experts with millions to spend. But we take that technology, and if required, improve on it, making the car quicker with a bit more power.”

Ares has already undertaken some spectacular customisations. Think of reskinning a Mercedes G63 in carbon fibre or converting a Bentley Brooklands 2 from a 4-door to a 2-door coupé. The possibilities of customization are endless.

Back in 2001, Bahar joined Lichtenstein-based asset manager Fritz Kaiser Group where he was assigned to the client account of none other than Dietrich Mateschitz, the Austrian founder of Red Bull. Whatever he did with Mateschitz’s money definitely made a great impression on the billionaire, because the following year he took Bahar to work with him at Red Bull. 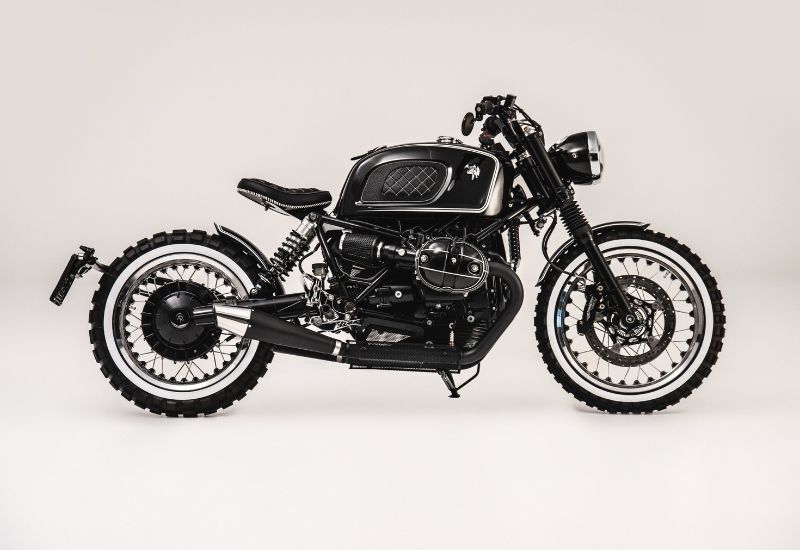 Bahar proved his mettle and founded the Red Bull Racing Formula 1 team – an incredibly successful team that has won four constructors’ championships since then. He also introduced Red Bull into NASCAR and football too, besides creating the Red Bull Media House.

It was more than enough to get the attention of Ferrari chairman Luca di Montezemolo, who handpicked him to join the Maranello-based outfit in 2006 as its senior vice president, commercial and brand. At Ferrari, he was tasked with overseeing the marketing of its road cars and F1 teams, as well as licensing and merchandising. During his time there, the supercar manufacturer also started its Ferrari Atelier and Special Projects division, perhaps giving Bahar a peek into a business that he would recreate himself one day.

But before he could get there, in 2009 he joined as CEO of Lotus – a move many considered mad given that he was apparently being groomed to take over from Montezemolo himself, if the industry pundits are to be believed. Barely had the dust settled at Lotus’ Norfolk headquarters after his appointment, that by the following year at the Paris Motor Show 2010 Bahar shocked everyone by revealing plans for five new Lotus cars. By 2012 though, DRB-HICOM acquired Proton, which in turn owned Lotus, and announced that it would concentrate on only one of the planned models, the Esprit. Bahar didn’t stick around to see the ramifications of that decision and instead went on to set up Ares.

At Ares, the average price of its creations are around Eur500,000 a pop, and the company can execute around 100 projects annually. Bahar says that his clients have never once haggled on the price, with their only pain point being how fast can the team deliver their project.

Ares’ annual turnover is approximately EUR34m, and Bahar is aware that the 100 alone won’t be enough to scale the business. While it creates one-off creations for customers, sometimes the finished product is so spectacular, that – with the express permission of that client – they create a limited-edition series of the car that can be replicated for others.

After customizing 53 Defenders for a customer in Angola in 2018, this year it unveiled the Land Rover Defender 1.2 which builds on that concept, and will be limited to 15 examples. Another example is the Ares Design Coupé, which also debuted this year, and transforms a Rolls-Royce Phantom into a two-door car, which will be limited to eight pieces.

Apart from creating a limited series of some of the client cars, another of his initiatives is the Legends Reborn programme. “The Legends Reborn service is a tribute to past iconic supercar and motorcar designs which we feel merit to be reborn with today’s parameters. We adapt the retro design to today’s needs, safety, performance and comfort while always maintaining the original car’s characteristics,” explains Bahar. The Ares-designed Panther ProgettoUno, for example, has a design inspired by Seventies-era De Tomaso Pantera, but has been fitted with modern Lamborghini Huracán bits and upgraded with all the creature comforts of a 21-st century car. The ProgettoUno is a car which will be produced in 50 units, and sold over 5 years.

While B2C is a core component of its business, B2B will also be a major focus. Emirates Airline, for example, approached Ares to test the feasibility of designing vans used to shuttle its Invitation Only Skywards members – the highest tier of members which often includes heads of states and A-list celebrities.

Formula E too approached Ares to design a high-performance sportscar for women which is expected to be ready this September.

Other vehicle manufacturers have also gone direct to Ares. Bentley came to Ares with the idea to take a 4-door Mulsanne and convert into a coupe, and Volvo tapped them for a project in China where the Swedish carmaker is creating a luxury version of its SUV only for China market – each priced at $400,000 – with Ares tipped to design 200 of them.

Ares is also intent on using its in-house team to create its own line of cars. “One of our most significant milestones for us was the decision to have our wholly-owned design products that we announced last year, such as our S1 Project and the Spyder S1. Together they will form a second business unit and sit alongside Legends Reborn,” says Bahar.

Ares has received Eur42m in funding until now, with plans to invest Eur25m of that amount over the next two years. It leaves the brand with much financial muscle to expand its footprint rapidly. In December, it opened a brand-new showroom in Dubai. Located at Gate 4 in Dubai International Financial Centre, the 250-square metre space has high-end art galleries and restaurants including Cipriani and Zuma for company. “Waleed is an expert in Dubai,” says Bahar about his business partner. “Dubai and Abu Dhabi present an incredible market opportunity because the customer base is so demanding in terms of individuality and personalization. To have a market presence in Abu Dhabi is a natural progression for us.”

Ares has also opened showrooms in Modena, Kitzbuhel, Munich, St Moritz, and will soon do so in Milan, Monte Carlo and London. “Our focus is currently in Europe. However, the primary business market for us is the USA, which we have embarked on a plan to enter with four showroom openings in Miami, New York, Los Angeles and Las Vegas in 2021 and 2022. And the final step with openings in the Middle East, China and Japan and Hong Kong in the next two to three years.” It might not be long before you spot an Ares pull up beside you at a signal, just remember to take in the moment – it’s the only one of its kind that you will ever see.