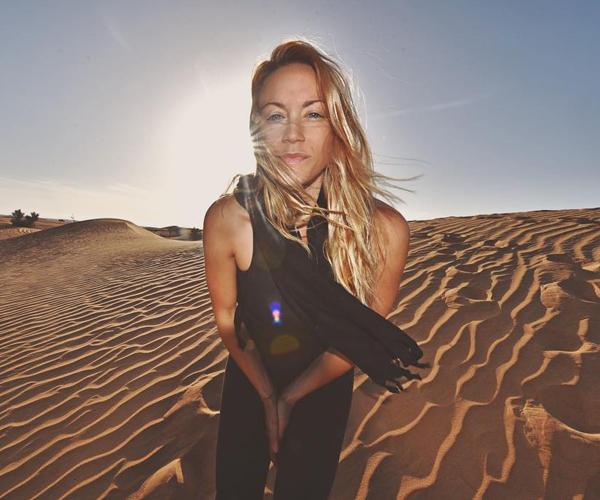 When it comes to dream jobs, this woman has ours.

Cassandra De Pecol is on a mission to visit every country in the globe – and by doing so, she’s on the brink of a world record.

And it’s not just for jollies, oh no – the activist is doing it all to raise awareness for peace and sustainability.

Stars, hide your fires; Let not light see my black and deep desires. – Shakespeare • • • New vlog is up! Running my 5k race on the island of Phuket in Thailand 🌴 Link in bio ❤️ • • • #Expedition196 #EveryCountryinTheWorld

De Pecol is travelling as an Ambassador for Peace on behalf of the International Institute for Peace Through Tourism, and has 40 more days to visit the remaining 15 countries on her list.

If she achieves that, she’ll become the first documented female as well as the fastest traveller to visit all 196 countries (which includes all 193 sovereign nations plus Taiwan, Kosovo and Palestine).

“Hold up a mirror and ask yourself what you are capable of doing, and what you really care about. Then take the initiative – don’t wait for someone else to ask you to act.” – Sylvia Earle • • • #HappyEarthDay ❣🌎❣ #Expedition196 #PeaceThroughTourism #EveryCountryInTheWorld #FbF

Read:
Camilla, Duchess of Cornwall, Gets All-Female, All-Hijabi, Security Team During UAE Visit
The City Of Bling: Here Are Some Of Dubai’s Priciest Buys Of All Time
What A Trump Presidency Might Mean For The UAE (And Women Around The World)
Why Hatta Is About To Become The UAE’s Hottest Staycation Spot
She Was Bullied For Her Skin, But This Model’s Definitely Having The Last Laugh

The incredible journey, which she’s titled Expedition196, has seen De Pecol take more than 254 flights so far. The trip itself has cost around US$200,000 (Dhs735,000), but the bill has been covered by a range of investors and sponsors in return for coverage.

De Pecol’s been filming a documentary while on the road, and she’s also gathering samples for Adventurers and Scientists for Conservation, a non-profit organisation.

The American’s first stop on her whopping itinerary was Palau, and she still has a range of mostly African counties to check off her to-see list, including Chad, Central African Republic, Democratic Republic of the Congo, Eritrea and Nigeria.

A mind is like a parachute. It doesn’t work if it is not open. – Frank Zappa • • • Visited the inside of a Mosque for the first time yesterday. It was the Grand Mosque in Bahrain, and it was so beautiful. Keeping an open mind is so important when traveling, I literally relished the time I spent and the things I learned inside this Mosque. And I now have a newfound respect for the Islamic religion. ❤️ There’s this skewed view based on the news, brainwashing us with all of this negativity and nonsense. I’m not going to get into the politics of this. All I can say is that every Muslim woman, man, student, child, that I’ve encountered on this expedition, across 9 Middle Eastern countries, including Afghanistan and Iran, have been so kind, loving and peaceful and I’m so incredibly grateful for my experience that I’ve had so far in this area in the world. Know that they too, want peace ❤️🙏🏼🌎. Thank you so much, Skål Bahrain! • • • #Expedition196 #PeaceThroughTourism #EveryCountryInTheWorld #Bahrain

“Since school, I’ve had this desire to visit every country in the world, intrigued to learn more about every culture, natural habitat, and religion,” De Pecol told the Daily Mail.

“In America we are lucky to have such a vast melting pot of cultures and people from all over the world who make the country what it is today. I wondered what existed outside of North America and what it was like. Is the Middle East really like how they say it is on the news? What about the Amazon?

“Going to every country was for me a personal quest to learn as much as I could about our world, stepping outside my comfort zone and becoming comfortable in the unknown, while also aiming to leave a legacy behind.”

A question that sometimes drives me hazy: am I or are the others crazy? 🌎 – Albert Einstein • • • #Expedition196 #PeaceThroughTourism #EveryCountryInTheWorld #UnitedArabEmirates #Desert

The American has already taken in the UAE during her travels, and visited Dubai in March of this year.

She toured the desert, and bonded with a falcon, according to her snaps.

De Pecol says she spends two to five days per destination, so if all goes to plan, she should have time to finish her expedition in the next 40 days.

“I just hope that I’m able to inspire young women (and men) around the world to go after goals and feats that so far, people think can only be done by man.”