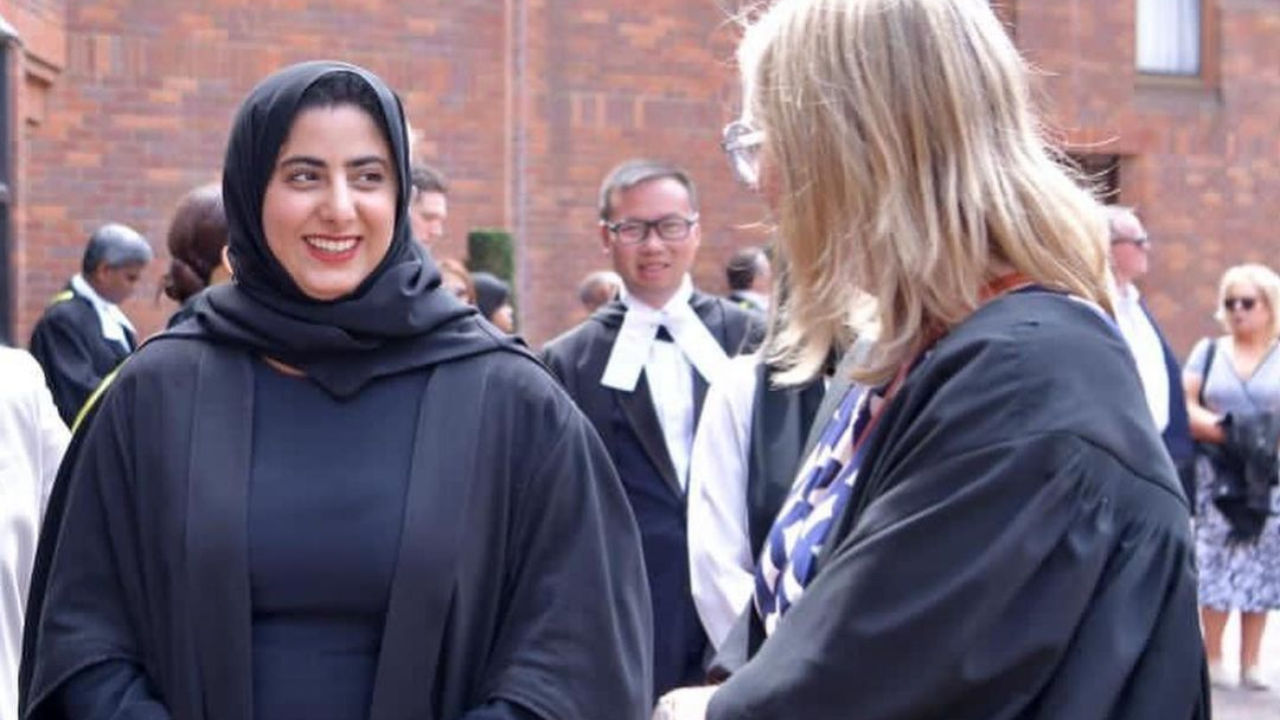 Her Highness Sheikha Shamma bint Sultan bin Khalifa Al Nahyan has graduated from one of the world’s top universities, Cambridge University in the UK.

The granddaughter of the late UAE President, His Highness Sheikh Khalifa bin Zayed Al Nahyan, shared the exciting news on Instagram, revealing she had graduated with a Master’s in Philosophy in Modern Middle Eastern Studies.

“Words can’t describe how honoured I am to have graduated yesterday from Cambridge University with an MPhil in Modern Middle Eastern Studies,” she said, also sharing her gratitude for her professors and lecturers at the university.

“Our many discussions have been such an important part of deepening my understanding and appreciation for the region I’ve grown up in,” she added.

Sheikha Shamma also shared photographs of herself at the graduation ceremony.

Her Highness was pictured in her traditional graduation robes as she chatted with one of her lecturers at Cambridge University, while another photo showcased the young sheikha walking around the town of Cambridge.

It’s been an exciting couple of months for the UAE royal.

Prior to graduating with her Master’s of Philosophy, Her Highness was appointed into a global and prestigious position, becoming the first GCC woman to hold such a role.

Per the Abu Dhabi Media Office, Her Highness was appointed as one of the Atlantic Council’s Global Energy Center women leaders in the Energy and Climate Fellowship Program.

The group will be invited as core participants to the Atlantic Council’s Global Energy Forum in January 2023 held in Abu Dhabi.

“The selection of Her Highness Sheikha Shamma Al Nahyan as one of the women leaders in the Energy and Climate Fellowship Program, and her hosting of the Atlantic Council Global Forum, reflect Abu Dhabi’s commitment to achieving its 2030 environmental vision,” the Abu Dhabi Media Office stated.