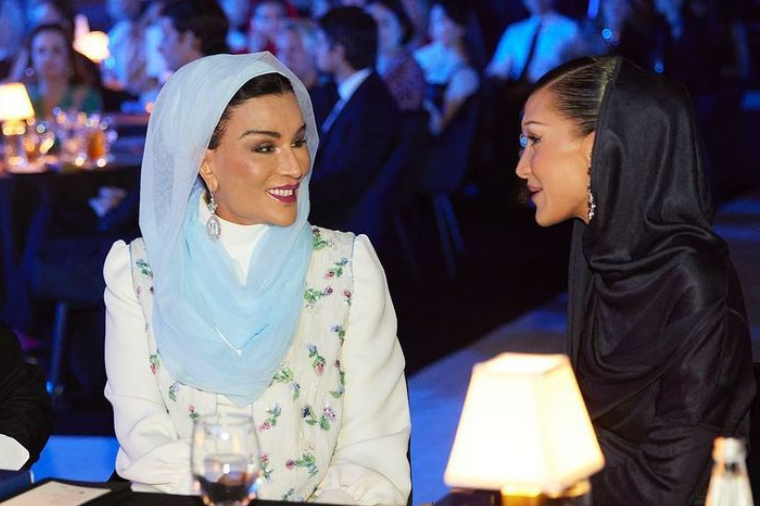 The who’s who in fashion descended upon Doha last night to attend the Fashion Trust Arabia (FTA) awards.

Both international and regional celebrities attended the prestigious gala, where a total of six designers from the Arab region were honoured in an array of different categories.

During the awards, Sheikha Moza sat next to supermodel Bella Hadid. The pair were photographed together appearing to be deep in conversation.

As a nod to Arab fashion, the 26-year-old model stunned in a navy-blue silk gown by Alaia, the fashion house founded by Tunisian couturier Azzedine Alaia, who passed away in 2017.

Top creative directors in the fashion space also touched down in Qatar to attend the prestigious awards including Valentino’s Pierpaolo Piccioli and Balmain’s Olivier Rousteing.