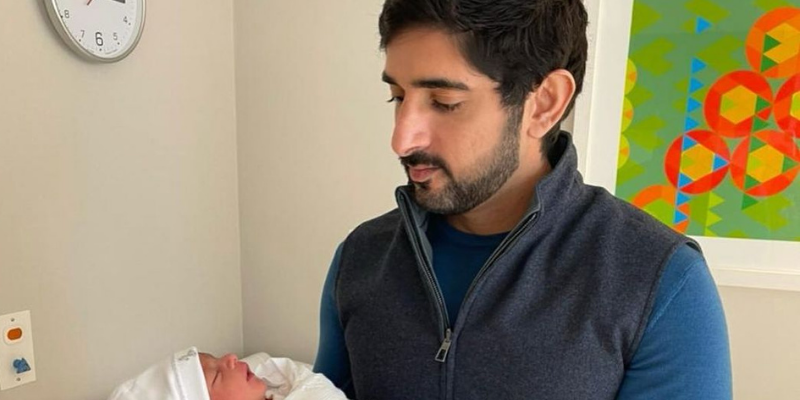 The couple announced they had named the newborn Hamdan bin Khaled Al Nahyan.

Giving the first glimpse of the baby boy, the daughter of the Dubai Ruler shared the sweetest photo of her brother, His Highness Sheikh Hamdan bin Mohammed bin Rashid Al Maktoum, the Crown Prince of Dubai, with his newborn nephew.

She simply captioned the photo “Hamdan & Hamdan”, also adding the date of birth of the newborn.

In the photo, Sheikh Hamdan, who is wearing a casual outfit of grey jeans and a blue jumper, is seen cradling baby Hamdan in his nursery.

The arrival of baby Hamdan comes just a few months after Sheikh Hamdan, affectionately known as Fazza, announced that he had become a first-time father.

Sheikh Hamdan has recently been on holiday in the UK, where he revealed he had taken the twins with him, introducing them to his love of horse riding.