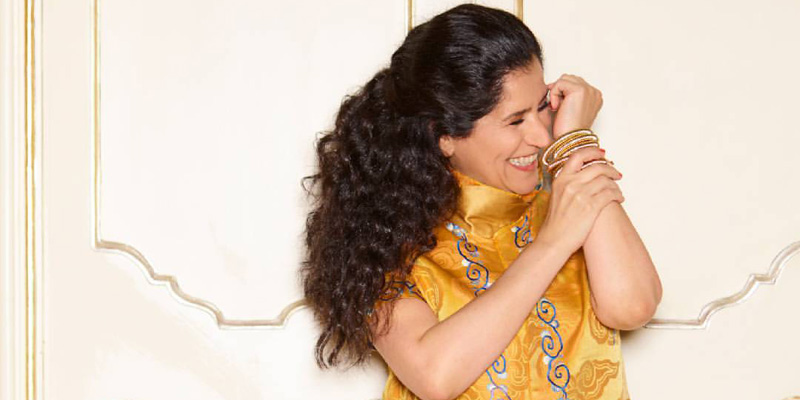 Her latest collection pays tribute to the UAE’s founding father.

Any creative person knows that placing limits on your work can make it better. You need a focal point, and a way to rule out the boundless possibilities that can distract you.

For jewellery designer Sheikha Intisar AlSabah, it’s all about love.

“The narrower you make it, the more exciting it gets,” she says of that focus. “Once you know what you want to do, it just comes out.”

“Every collection is based on love. The aqqal is about the love of a man, be he the father, the son, the brother, or of course the husband, the man in your life.”

Read:
Queen Rania pulls out all the style stops for a trip to the Netherlands
The most stylish 48-hour staycations around the UAE

Sheikha Intisar is referring to the aqqal collection from her jewellery line, Intisars. Modelled after the rope that forms part of a traditional ghetra headdress, the bracelets have a masculine, almost utilitarian look. They’re elegant, sure, but they’re not fussy or overdone.

The design makes them more wearable, and it also brings a sense of heritage to the collection.

“[It’s about] commemorating Sheikh Zayed who’s everyone’s hero, and a man who always wore the aqqal and was very generous, very loving and very giving,” she explains. “He is the right person to celebrate the aqqal with and [to] celebrate him with the aqqal.”

Timed to line up with the Year of Zayed, marking 100 years since Sheikh Zayed’s birth, the special aqqal bracelets are decorated with a UAE flag.

Only eight have been made, compared to 50 each of the yellow, rose and white gold.

For anyone with a strong connection to the UAE, they’re likely to be particularly meaningful. Those sorts of memories and emotional connections are what led Sheikha Intisar to start her brand in the first place.

In her early 20s, Sheikha Intisar realised she never wore her jewellery because it didn’t mean anything to her.

“I just bought it,” she says. “There was no emotional connection.”

And so, each Intisars piece is symbolic, whether it’s the love and generosity bound up in an aqqal, or an empowering word rendered in Arabic on a ring.

Sheikha Intisar wears one saying ‘exceptional.’ It’s a word she didn’t initially connect with, but having worn her ring for a year, she loves it.

“Now I see the exceptional properties in everyone else. No one is better or less, everyone is exceptional in their own way,” Sheikha Intisar explains.

It was a shift in focus, but Sheikha Intisar’s broader goals remain clear.

She just wants to do work that’s meaningful for her.

The Year of Zayed exhibition runs at The Empty Quarter gallery, Gate Village, Building 2, DIFC, until May 19.