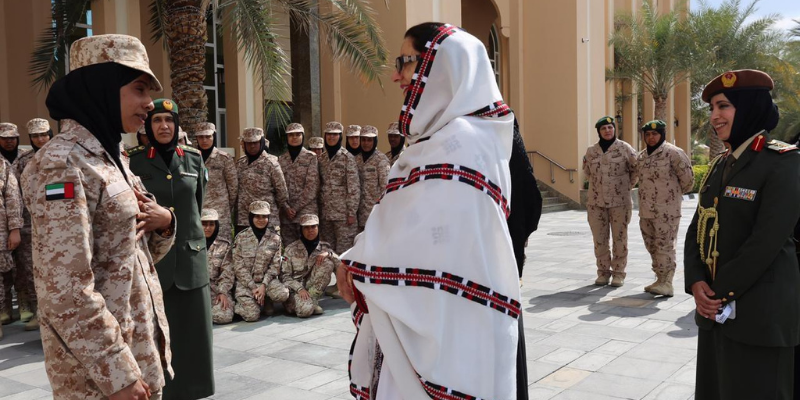 A new national plan in the UAE is underway to advance the role of women in peace and security.

The National Action Plan is being spearheaded by Her Highness Sheikha Fatima bint Mubarak Al Ketbi, the wife of the founder of the UAE, the late Sheikh Zayed, and is an implementation of the UN Security Council Resolution 1325 on women, peace and security.

It’s also a groundbreaking plan for the region as it’s the first GCC country to show its commitment to advancing the role of women in these fields. Peace and Security.

Her Highness, who is also Chairwoman of the General Women’s Union, President of the Supreme Council for Motherhood and Childhood, and Supreme Chairwoman of the Family Development Foundation, shared a statement on the historical plan.

“I commend the efforts of the General Women’s Union and all national entities; federal, local, and civil society organisations for their work on the UAE National Action Plan,” Sheikha Fatima, who is also known as the ‘Mother of the Nation’, said.

“I would also like to commend the role that UN Women play in meeting the global commitments towards women, peace, and security.”

“We have never lost sight of Arab women or all women of the world to build their capabilities and develop their skills in all sectors.”

Her Highness went on to highlight the UAE’s commitment to promote equality between genders.

“The UAE is committed to promoting equality between men and women as a key UAE policy and supports the important role that women play in advancing the process of sustainable development,” she said. “We also affirm the UAE’s support of UN Women’s programs and initiatives that build a better future for women in the UAE and around the world.”