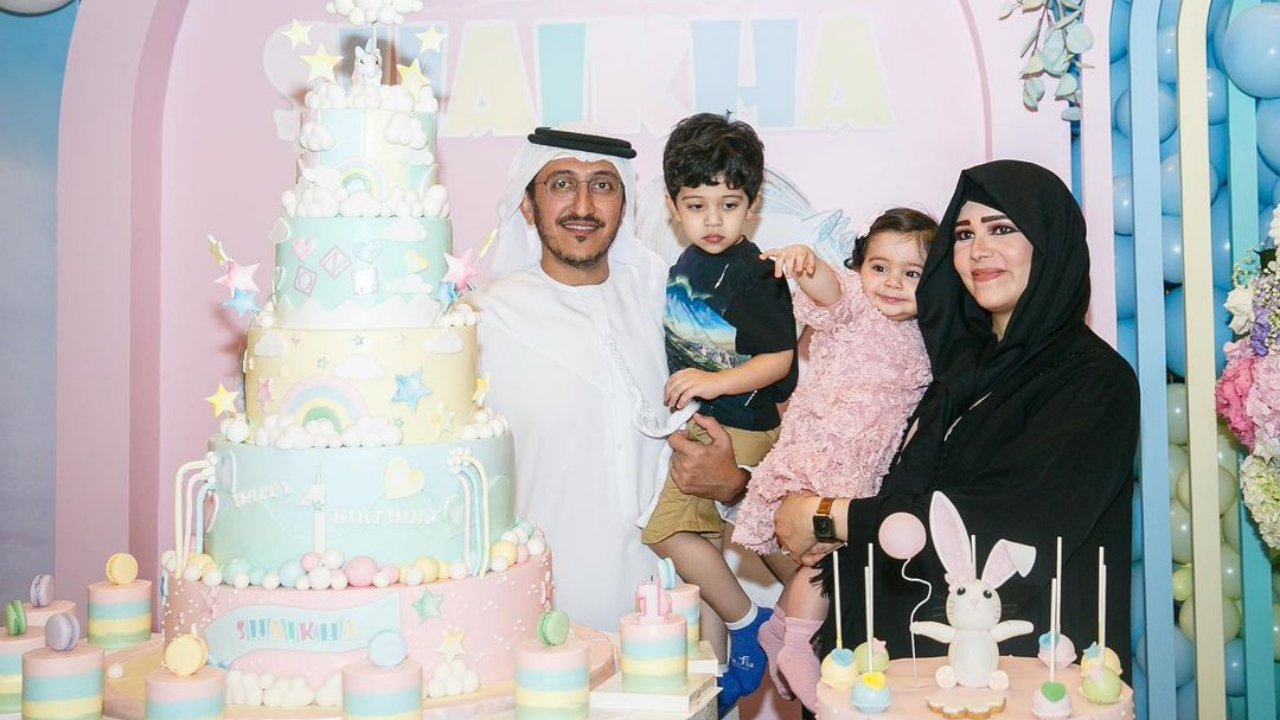 On December 24, 2021, the family of four became a family of five after welcoming a baby boy.

The Chairperson of Dubai Culture announced the happy news on Instagram sharing a photo of her husband cradling the newborn.

The daughter of His Highness Sheikh Mohammed bin Rashid Al Maktoum, the Vice President and Prime Minister of the UAE and the Ruler of Dubai, also shared another post announcing the name of the newborn – Sheikh Hamdan bin Faisal Al Qassimi.

“Today we were blessed with a baby boy, Hamdan bin Faisal,” Sheikha Latifa wrote on Instagram, where both she and Sheikh Faisal were congratulated on their new arrival.

The couple married in early 2016 and welcomed their first child Mohammed bin Faisal in July 2018. In November 2020, they welcomed their second child, a baby girl named Shaikha.

Mabrook to the couple on becoming a family of five!