Sheikh Mohammed visits Hatta with 4 of his sons, unveils big plan for the region 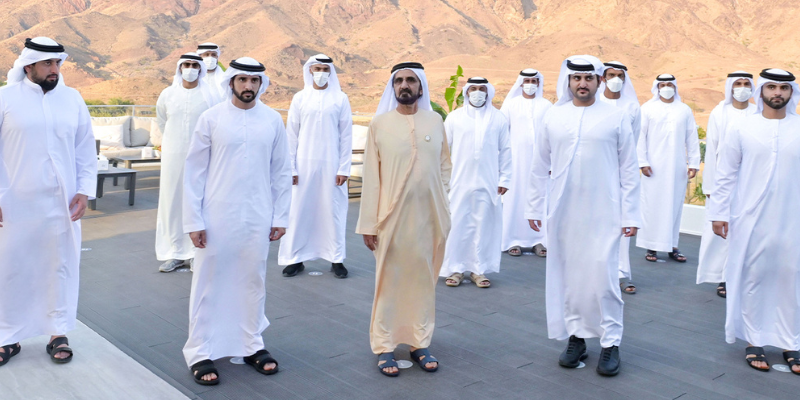 His Highness Sheikh Mohammed bin Rashid Al Maktoum, the Vice President and Prime Minister of the UAE and Ruler of Dubai, visited Hatta over the weekend.

The Dubai Ruler, upon his visit in the presence of Sheikh Hamdan, Sheikh Maktoum, Sheikh Ahmed and Sheikh Mansoor, announced a new “master plan” to aid in the development of the Hatta region to become a hub for business and tourism.

Known as the ‘Hatta Master Development Plan’, the initiative, per Sheikh Mohammed, will “enhance economic and social growth, strengthen environmental sustainability, and raise the living standards and wellbeing of the people of the area”.

“Today, we announce the launch of the Hatta Master Development Plan with an ambitious portfolio of development projects that will serve the needs of Hatta and its residents,” His Highness added. “The initiatives cover four key strategic pillars: Wellbeing, Tourism, Sports & Activities, and Sustainability.”

Overall, the goal is “to make citizens happier, support the youth and benefit from their capabilities and innovative ideas for Hatta’s development, as well as unlock the true social and economic potential of the area”.

The unveiling of the Hatta Master Development Plan comes a couple of months after Sheikh Mohammed announced the six new tourist projects that were. being developed in Hatta.

The first of the projects include the ‘Dubai Mountain Peak’ which will reach an altitude of 1,300 metres and the ‘Hatta Sustainable Waterfalls’, both of which will be implemented by the Dubai Electricity and Water Authority.

The four other projects include the creation of 504km-long chairlifts, a world-class hotel, hiking trails to the highest peak in the emirate, which is Jebel Umm Al Nisourt at 1,300 metres, and the establishment of 200-holiday homes.

“Our ultimate objective is to make Hatta a distinctive tourist destination, especially in the fields of recreational, health and environmental tourism,” Sheikh Mohammed said.