Sheikh Mohammed: 'The Louvre reflects our ability to fight darkness with light'

UP Next
X
Need to elevate your winter wardrobe? We've found the season's...
Emma Day
November 9 2017

The ruler of Dubai mingled with the President of France at the Abu Dhabi museum’s grand opening.

It won’t officially open its doors to the public until Saturday, but The Louvre Abu Dhabi has already welcomed some rather special guests.

The museum was inaugurated on Wednesday night, with Emirati royals and French figureheads in attendance, including France’s President, Emmanuel Macron. 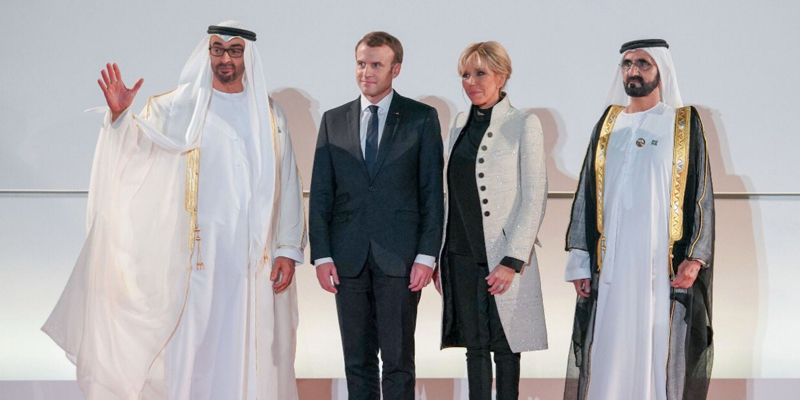 The Saadiyat Island museum–the only other Louvre outside of Paris—features more than 600 artworks, as well as 300 masterpieces on loan from 13 French galleries that will rotate throughout the year.

Read:
Some of the British royal family’s most iconic jewels have a Middle Eastern link
Amal Clooney is set to co-host this prestigious fashion gala next year

The building itself, designed by legendary French architect Jean Nouvel, is also a work of art, boasting a huge silvery dome made up of 7,850 metal stars.

The feature was remarked upon by Sheikh Mohammed Bin Rashid, Vice President and Prime Minister of the UAE and Ruler of Dubai, as he celebrated the museum’s opening. 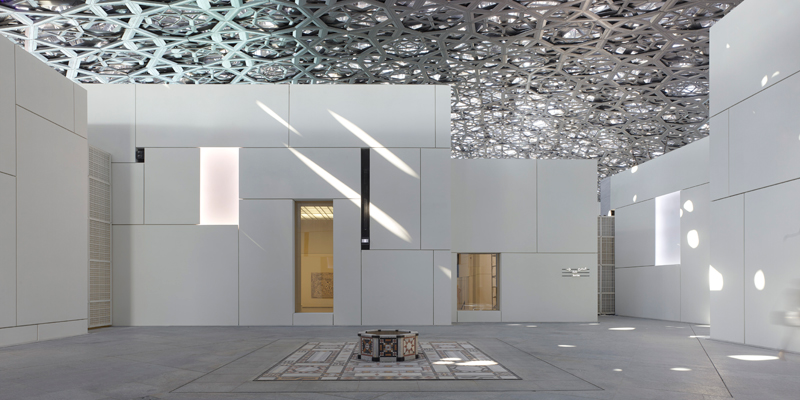 “This key cultural and architectural monument is a celebration for all Arabs, bridging East and West and introducing Abu Dhabi as a bright new global cultural hub,” the royal posted on social media following the launch.

“The dome of the Louvre Abu Dhabi contains a collection of astounding art collated from various cultures over thousands of years. The light it shines beckons civilisations to come together again in this cradle of humanity.

“The Louvre Abu Dhabi reminds us that our strength lies in our ability to communicate, share and learn from different global cultures. In our quest for knowledge and development, we build connections around the world.” 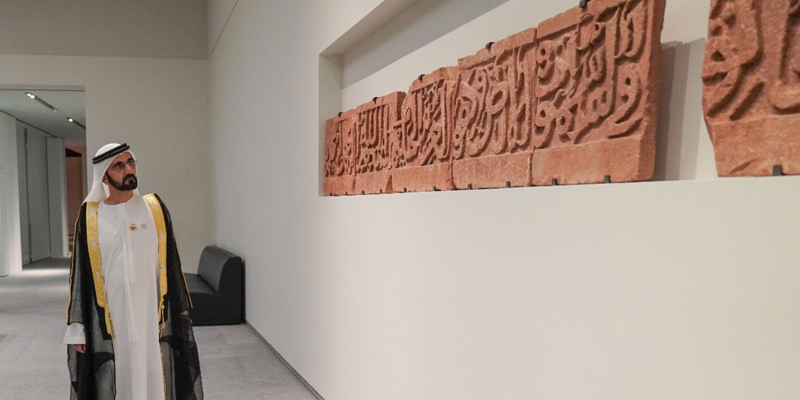 The royal called the museum “the dome of enlightenment… in a region where the people of dark thoughts are attempting to bring back the ages of backwardness and ignorance”, Gulf Business reports.

“It also reflects our ability to fight darkness with light, ignorance with arts, apathy with creativity, extremism with artistic beauty, created by human minds thousands years ago,” he added.

The first exhibition to be hosted by the museum will be called “From One Louvre To Another”, and is set to begin on December 21.

There will also be a children’s museum within the museum, aimed at young art enthusiasts between the ages of six and 12. A cafe is also promised, but you’ll need a ticket to the museum to get in.

Tickets will cost Dhs60 for adults, and entry will be free for children under 13, with special rates for students to be announced later. 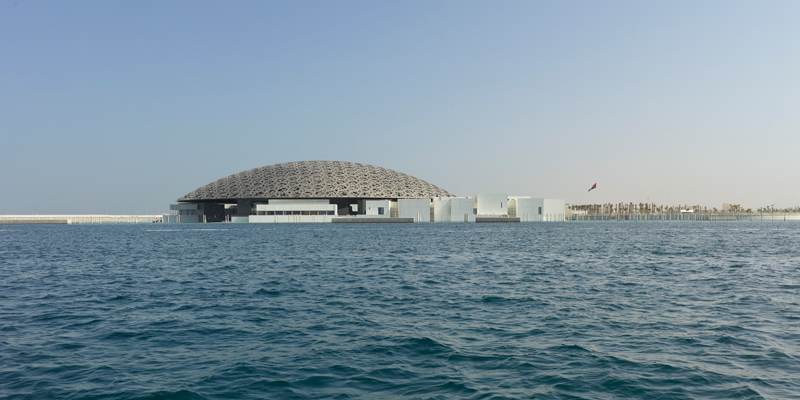 The Abu Dhabi institution now holds the rights to loan the Musee du Louvre’s name for 30 years and six months.

While online pre-sales for the opening date (November 11) have sold out, The National reports that you can buy tickets in person on the day.

Read:
Cameras at the ready, this Dubai landmark is opening this month…
Our favourite Middle Eastern royal weddings from the last 25 years

However, museum officials are encouraging people to visit after opening day, as huge crowds are expected.

We reckon we’ll have visited several times before the month is out… that many artworks need some serious man-hours.