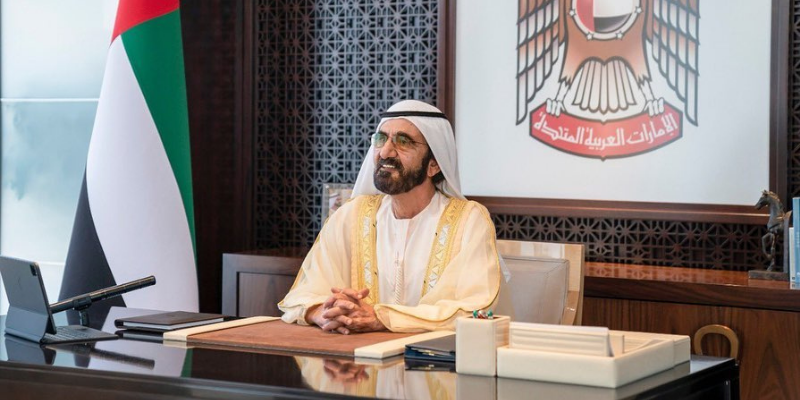 Today, January 4, 2021, marks 15 years of His Highness Sheikh Mohammed bin Rashid Al Maktoum’s – the Vice President and Prime Minister of the UAE and Ruler of Dubai – leadership in Dubai and the UAE.

Following the death of his elder brother, the late Sheikh Maktoum bin Rashid Al Maktoum on January 4, 2006, Sheikh Mohammed ascended into the role of Ruler of Dubai. The following day, 15 years ago, His Highness was then appointed as the new Vice President of the UAE by the Federal National Council and shortly after on February 11, 2006, President Khalifa bin Zayed Al Nahyan nominated Sheikh Mohammed as Prime Minister for the country, which was also approved by the council.

Marking his 15 years in the role, which has seen Dubai and the UAE grow exponentially, His Highness penned an open letter which was posted to his social media channels outlining his continued efforts to support the success of the country and to “preserve its union, safeguard its interests, respect its constitution, and look after the interests of its people”.

He outlined the many successes of the nation through the years which includes the strength of the UAE passport globally; legislative reform in the country; furthering financial literacy; being the second-largest economy in the Middle East; being a leader in the Arab region; and much, much more.

“During this journey, His Highness Sheikh Mohamed bin Zayed Al Nahyan, Crown Prince of Abu Dhabi and Deputy Supreme Commander of the UAE Armed Forces, has been the greatest friend, companion and leader,” he said.

‘Without his support, the federal government would not have succeeded and advanced at such speed. His wisdom, vision and unlimited support have enabled us to be among the best and most successful countries in the world.”