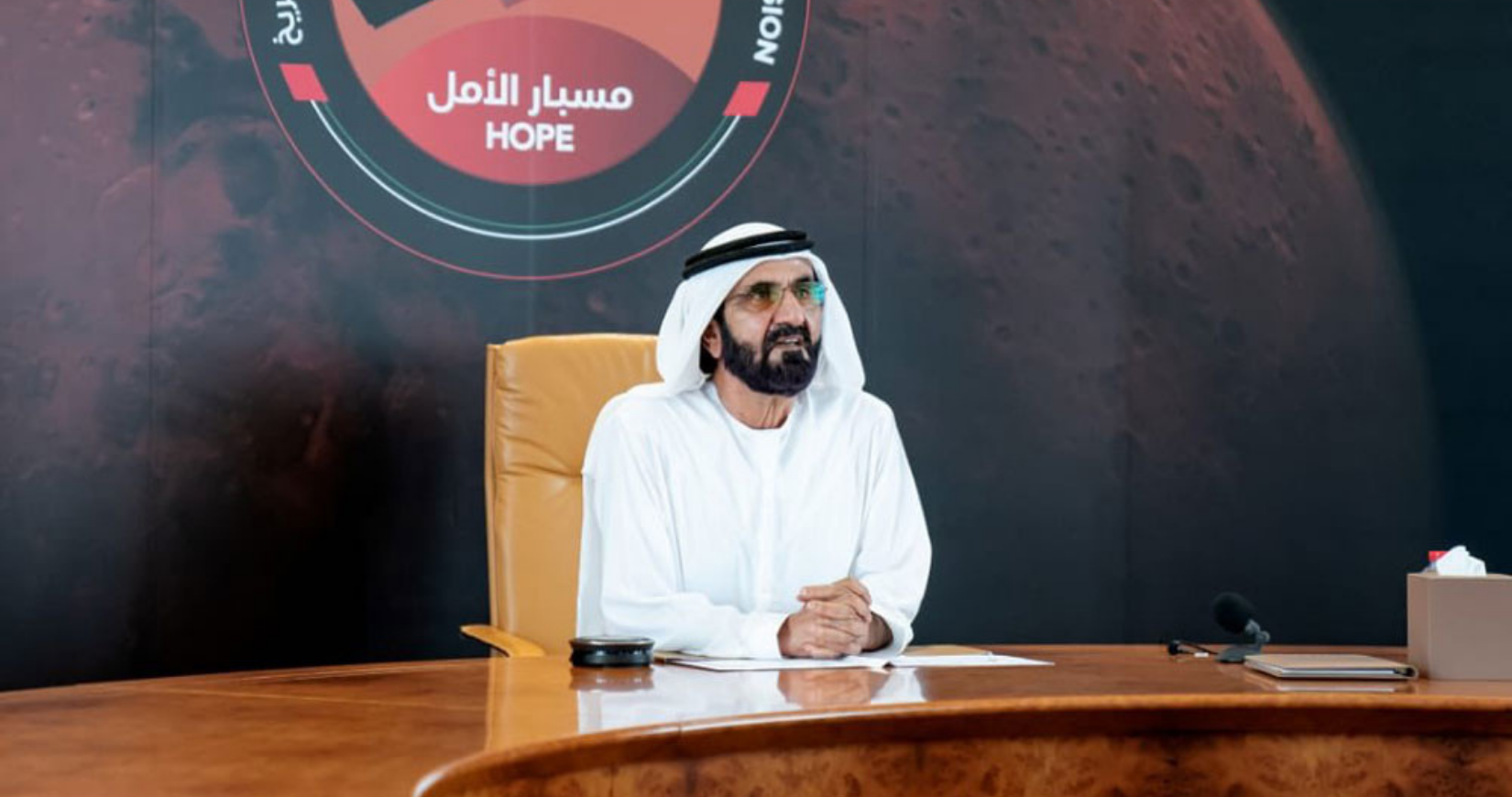 Now, five days after reaching its destination, the first images of the Red Planet taken by the Hope Probe have been unveiled by His Highness Sheikh Mohammed bin Rashid Al Maktoum, the Vice President and Prime Minister of the UAE and the Ruler of Dubai.

“The first picture of Mars captured by the first-ever Arab probe in history, 25,000 km above the Red Planet’s surface,” His Highness said.

The first picture of Mars captured by the first-ever Arab probe in history, 25,000 km above the Red Planet's surface pic.twitter.com/Qgh2Cn3JPF

The Hope Probe’s journey to Mars

After launching from Tanegashima Island in Japan in July 2020, the Hope Probe travelled 493.5 kilometres to the Red Planet arriving in its orbit on February 9, 2021.

As noted by His Highness Sheikh Mohammed bin Rashid Al Maktoum, the Vice President and Prime Minister of the UAE and Ruler of Dubai, there was “a 50 per cent success rate; though the failure rate is 50 per cent” of the probe entering Mars’ orbit. The UAE became the first Arab country – and fifth in the entire world – to reach Mars.

Upon the success, the President of the UAE His Highness Sheikh Khalifa said, “This historic achievement would not have been possible without the persistence and determination to implement the idea that emerged at the end of 2013 by His Highness Sheikh Mohammed bin Rashid Al Maktoum, Vice-President and Prime Minister of the UAE and Ruler of Dubai, who followed it up closely until its success.”

It is indeed mission accomplished.

In celebration of the incredible achievement, the Burj Khalifa lit up with a proud message for the country the world’s tallest building calls home.

The probe is being spearheaded by the UAE in order to gain a full picture of what the atmosphere of Mars is like.

Since the probe has now reached the Red Planet, data will be collected over a two-year period, but this could be extended by another two years meaning the Hope Probe has the potential to be in space until 2025.