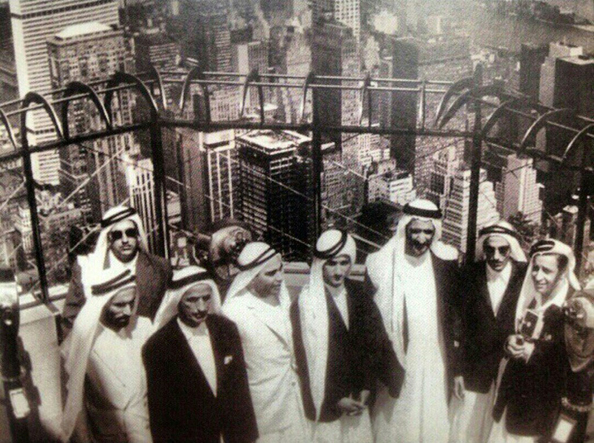 Just a day after an announcement was made, revealing the world’s tallest building – The Tower in Dubai – Sheikh Mohammed Bin Rashid, Vice President of the UAE and Ruler of Dubai has tweeted a throwback picture that perfectly symbolises how far the UAE has come in a short space of time.

The black and white photo, taken in the 1960s, shows Sheikh Mohammed standing at the top of New York’s Empire State Building with his late father, who was a ruler at the time (he reigned over Dubai between 1958 to 1990). The picture was accompanied with the message: “This is a photo of me and my late father in the 1960s at the Empire State, the tallest skyscraper worldwide… It was a beginning of a dream that turned into a reality in Dubai.”

Read: Everything You Need To Know About The Dhs1 billion The Tower

The picture comes just a day after the ambitious Dhs1 billion project, The Tower was revealed to the world. While the height of The Tower has yet to be announced, it has been confirmed that it will be taller than the current tallest building in the world, the Burj Khalifa.

Standing at 830 metres to its tip, Burj Khalifa overshadows the Empire State Building, which is just 443 metres tall.  From its completion in 1931, the latter was the world’s tallest building for nearly 40 years. The tweet was followed by another of a picture of The Tower, the latest monument being built at the Dubai Creek Harbour in Ras Al Khor. The picture caption read: “We have the tallest structure in the world, the Burj Khalifa, and now Dubai Holding and Emaar Properties have launched a structure higher than the Burj Khalifa… Time will only add more towards our dreams.”

Understanding the need for Dubai not to rely on it’ oil reserves, Sheikh Rashid was forward thinking when it came to making Dubai an innovative city. He is renowned for being the leader who saw the potential in transforming the emirate from a small cluster of settlements near the Dubai Creek to a modern port city and commercial and financial hub.

Read: New Logo For Dubai Expo 2020 Has A Fascinating Story Behind It

His son, Sheikh Mohammed not only shares his father’s vision but has developed Dubai even further – Dubai will be hosting the Expo 2020, plans are in action to make it a sustainable city and we have a Happiness minister... As Sheikh Mohammed aptly explained: “We are proud of our past and we face the future with unflagging determination.”

To help you put things into perspective, here’s a graph showing the world’s tallest buildings: 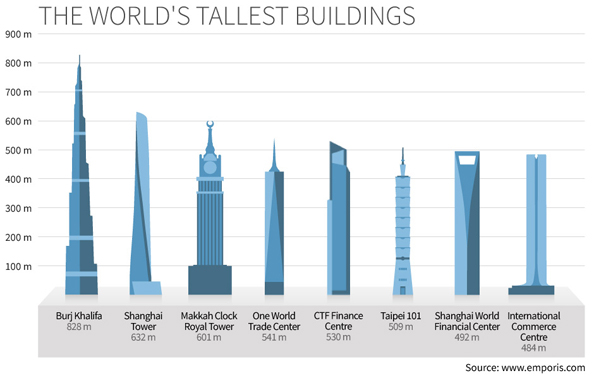