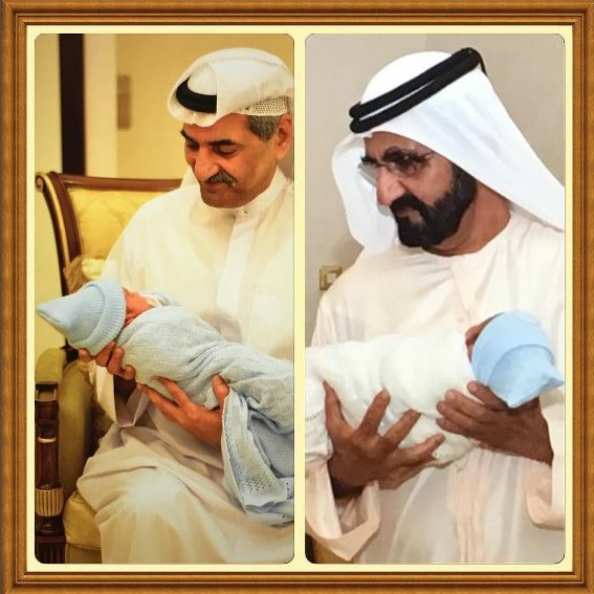 The proud royal family made the announcement through their individual official social media accounts, with the Sheikha posting the first official public pictures along with a short poem, which read:

“After I lost the sight of my brother, I decided to name him after him, so his dearness may live and Rashid bin Mohammed might return to life.

“Tell my brother that even if death came between us that the soul still beats with his name and he is not forgotten.

“Even if fate and destiny may not return my brother, his name can come back to life.” 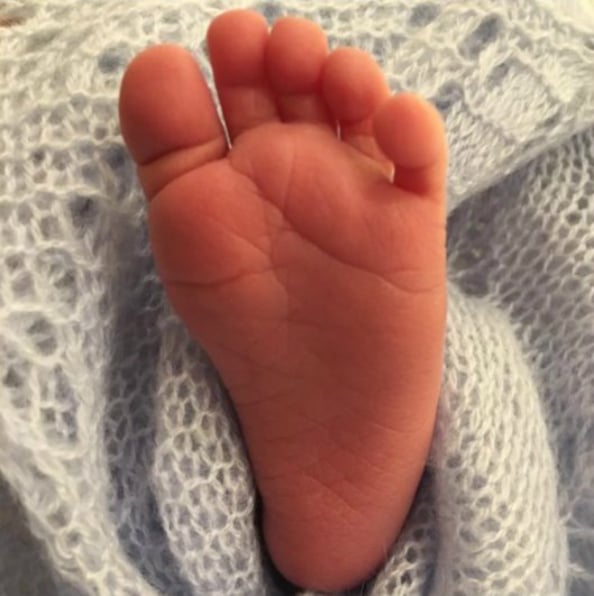 A picture of blue booties and a sign saying, “It’s a boy,” was Rashid’s first introduction to the world. The Sheikha then posted a cute picture of her new baby’s tiny foot followed then by a picture of proud daddy, the Crown Prince of Fujairah, cradling his new bundle of joy.

Related Story: Is Sheikh Hamdan The Coolest Person On Earth We couldn’t be more happy for the Royal family and wish them all the best. 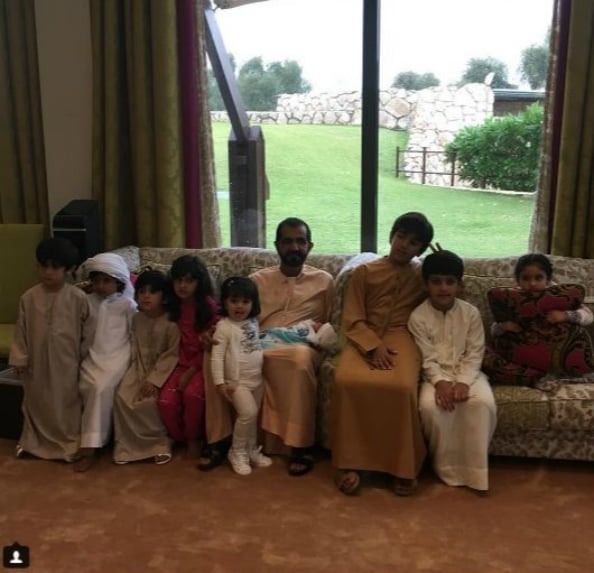 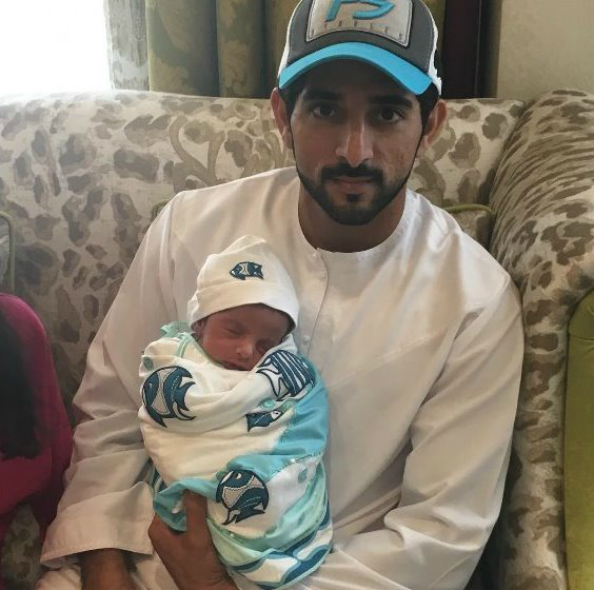 Sheikh Hamdan with his new nephew