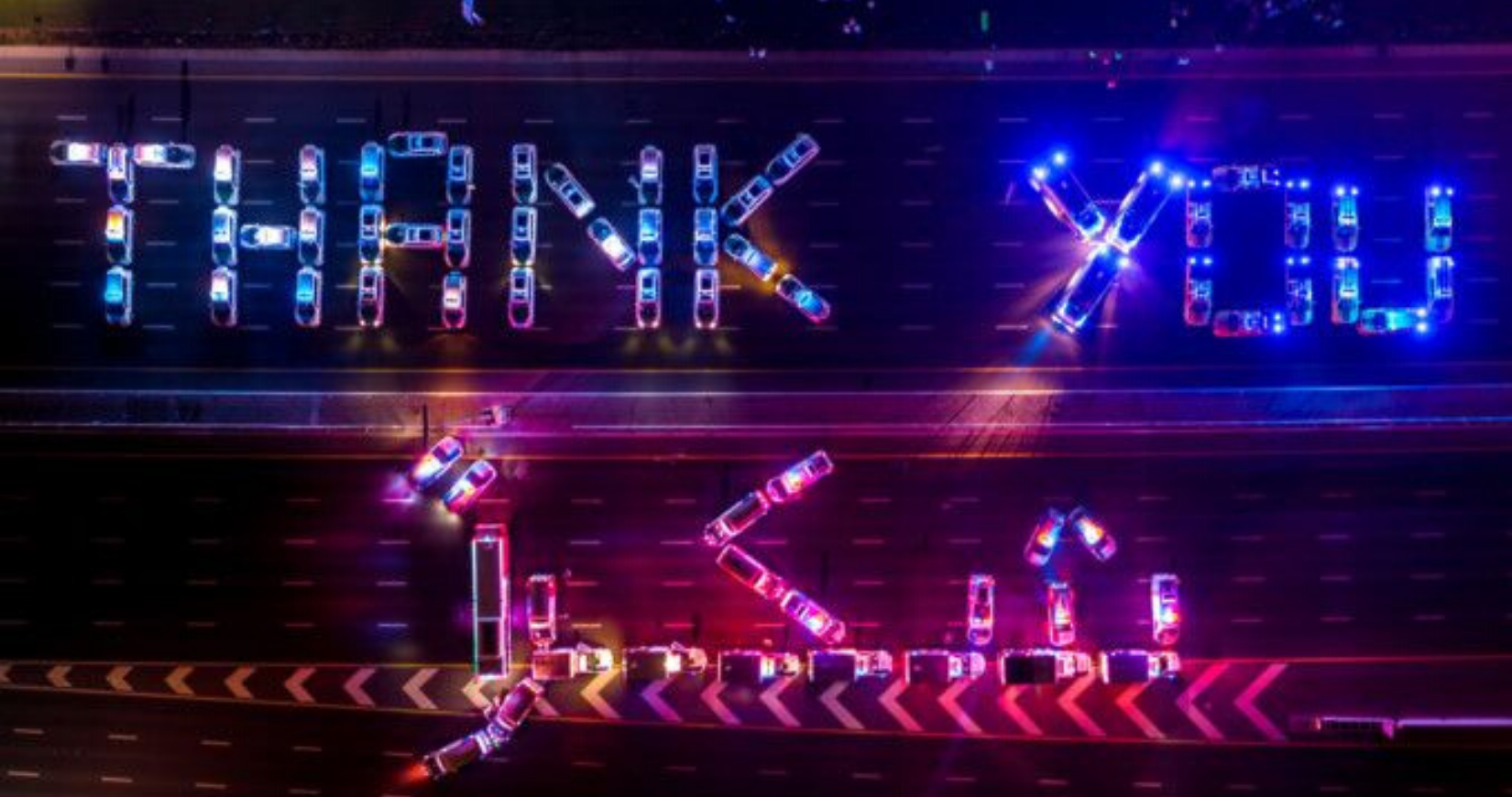 HH Sheikh Hamdan bin Mohammed bin Rashid Al Maktoum, Crown Prince of Dubai, has shared the most spectacular video thanking those working on the frontlines during the COVID-19 pandemic.

The two-minute video, which was created in partnership with Brand Dubai, Done Events of Arab Media Group and AO Drones, sees notable Dubai landmarks including the Burj Khalifa and Burj Al Arab light up to convey a message to those on the frontlines and the general public.

Beginning with a poignant quote from HH Sheikh Mohammed bin Rashid Al Maktoum, Vice President of the UAE and Ruler of Dubai saying, “There is no ‘impossible’ where there is faith and determination,” the video then visits the major Dubai landmarks.

An initiative by @Brand_Dubai, the creative arm of @DXBMediaOffice – in partnership with Done Events of Arab Media Group and AO Drones – lights up Dubai’s sky with messages honouring our frontline heroes in the fight against COVID-19 in a spectacular drone show.#StrongerTogether pic.twitter.com/pNXuF5iG2p

Footage is then shown of a series of police cars, ambulances and fire trucks driving down Sheikh Zayed Road. As they stop, we can see from above the words ‘Thank You’ are written in both Arabic and English.

Then over 120 drones are seen shooting into the air, sketching out a series of symbols and messages with their lights which include ‘thank you’ and Sheikh Mohammed’s signature hand salute which shows victory, triumph and love. Impressively, an outlined portrait of the ruler of Dubai is also done with the drones.

The video ends with an important message, as showcased by the drones, stating we are “stronger together”.