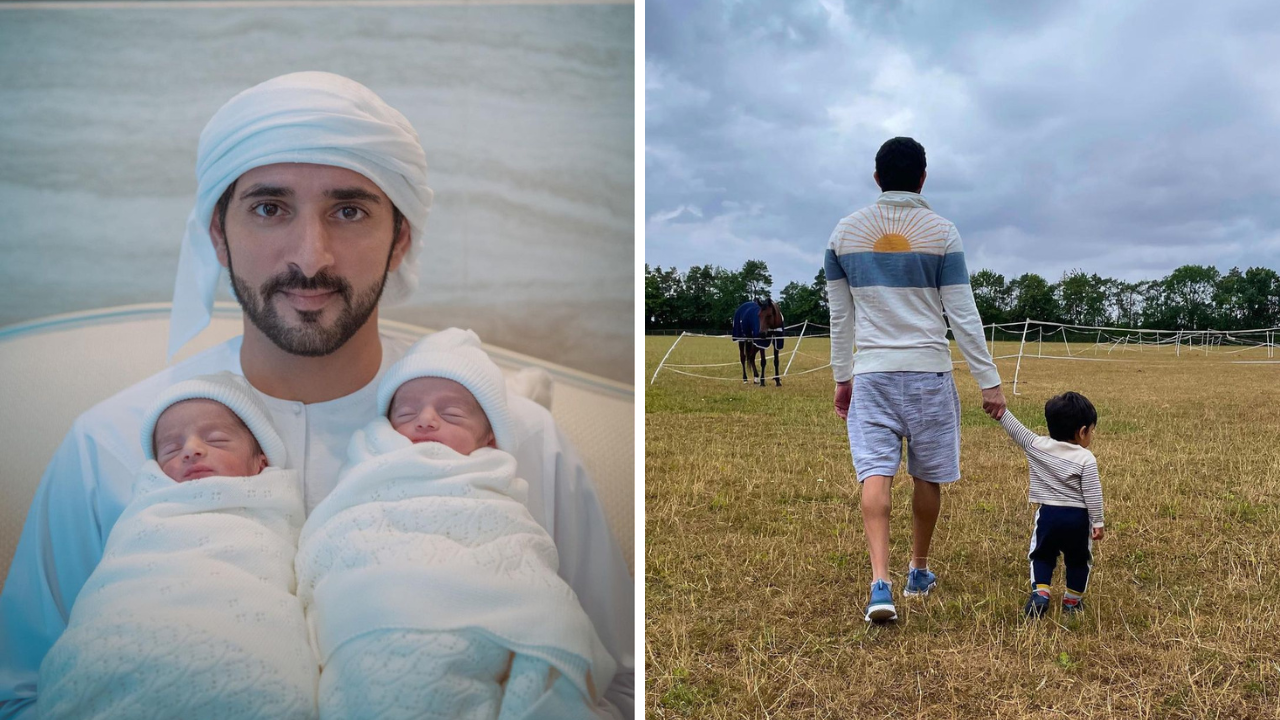 Oh, how fast little ones grow up! His Highness Sheikh Hamdan bin Mohammed bin Rashid Al Maktoum’s one-year-old twins are the perfect example of that.

Known for giving his fans snippets into his life on Instagram, the Crown Prince of Dubai shared a couple of new photos on social media.

Sheikh Hamdan, affectionately known as Fazza, is currently away in the UK and posted a few snaps from his recent outing with his horses in the countryside and Rashid also paid a visit with his doting dad.

In the first photograph, the little one is seen with his dad petting one of the stallions at the stable. But it’s the second photo which shows just how grown-up Fazza’s son has gotten as he was seen holding his dad’s hand, walking alongside him in the fields.

Sheikh Hamdan simply captioned the post with a blue heart and a horse emoji, suggesting it was just 14-month-old Rashid was with him at the stables. However, we’re sure if baby Shaikha is anything like her brother, she’ll also be walking too.

The baby twins celebrated their first birthday back in May.

To mark their first birthday, the Fazza shared a heartwarming photo in celebration of the special day.

With a beaming smile on his face, Sheikh Hamdan is seen cradling the twins when they were newborns and he became a dad for the first time.

“Feels like yesterday this picture was taken,” he captioned the post. “It’s been one year today. Happy birthday Rashid & Shaikha… and to all the children of the world.”

The Crown Prince of Dubai appears to have taken to fatherhood seamlessly and has shared a few special moments with his 14.2 million Instagram followers over the past year.

Most notably, the doting dad is ensuring he is passing down one of his number one passions in life to his two children – horses – which is evident on his recent outing in the UK.