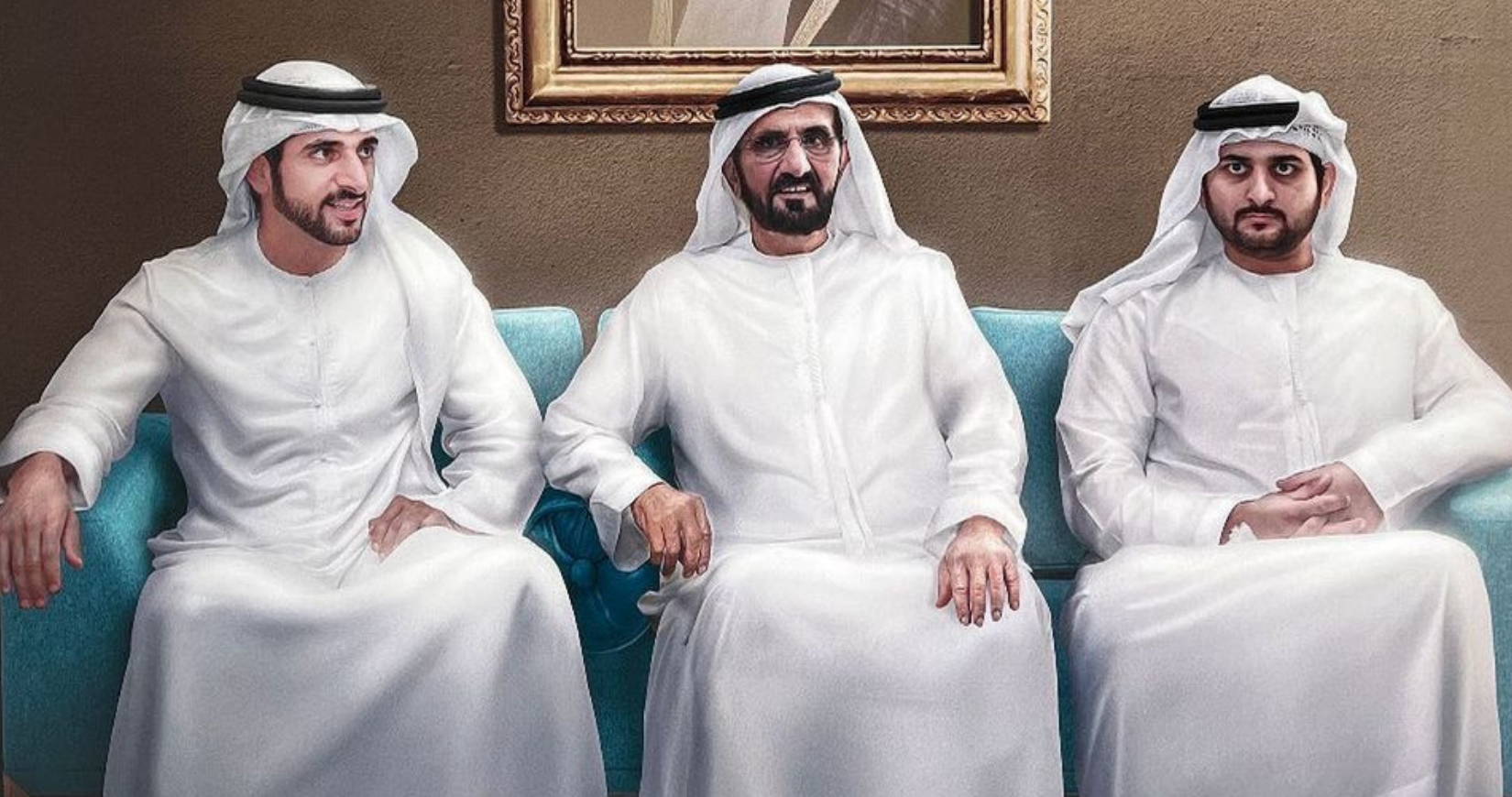 A new portrait of the ruling family of Dubai has been unveiled ahead of the UAE’s 50th National Day next week.

In the portrait, Sheikh Hamdan is seen sitting on the left next to his father His Highness Sheikh Mohammed bin Rashid Al Maktoum, the Vice President and Prime Minister of the UAE and Ruler of Dubai. Next to him is his other son His Highness Sheikh Maktoum bin Mohammed bin Rashid Al Maktoum, the Deputy Ruler of Dubai, Deputy Prime Minister and Minister of Finance.

In a touching tribute to the founding fathers of the UAE, the late ruler of Dubai, the father of Sheikh Mohammed is also featured in the portrait.

Above Sheikh Mohammed, Sheikh Hamdan and Sheikh Maktoum is a framed picture of the late His Highness Sheikh Rashid bin Saeed Al Maktoum, one of the founders of the UAE.

Posting the portrait on both Twitter and Instagram, the Crown Prince of Dubai captioned the shot “generations’ pride” in Arabic.

Next week, the UAE will celebrate 50 years since the unification of the seven emirates under the leadership and vision of the late Sheikh Zayed, the father of the UAE.