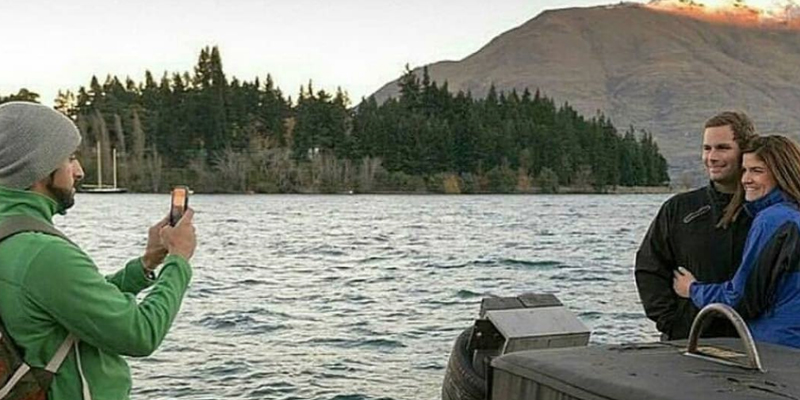 We wonder if they were aware it was Dubai’s Crown Prince behind the camera?

He’s a super-talented photographer who’s behind some of the most awe-inspiring snapshots of our picturesque city.

It’s not known exactly when it was taken, but an image of the Crown Prince of Dubai happily taking a portrait for one lucky couple has us wishing the royal was behind our overseas snaps too.

Kindness is a gift everyone can afford to give 💙 @faz3

A post shared by Mansoor bin Mohammed Almaktoum (@mansoorbinmohammed) on Jan 20, 2018 at 7:37am PST

“Kindness is a gift everyone can afford to give,” Sheikh Mansoor captioned the image, taken in the popular South Island adventure spot of Queenstown.

It’s not known if the couple knew who their friendly photographer was at the time, but as this image quickly garners likes (17,000 and counting…) they might soon be alerted to their royal connection.

Speaking of holidays, Sheikh Hamdan has been in the USA in recent days on a skiing trip to Aspen, and has been sharing images and videos with his 6.1 million followers.

Read:
Sheikh Mohammed takes his daughter back to his birthplace
A national tribute to Sheikh Zayed is almost set to open

We wonder if he’s helped any families out on the slopes with a quick selfie? We bet he was only too happy to oblige.