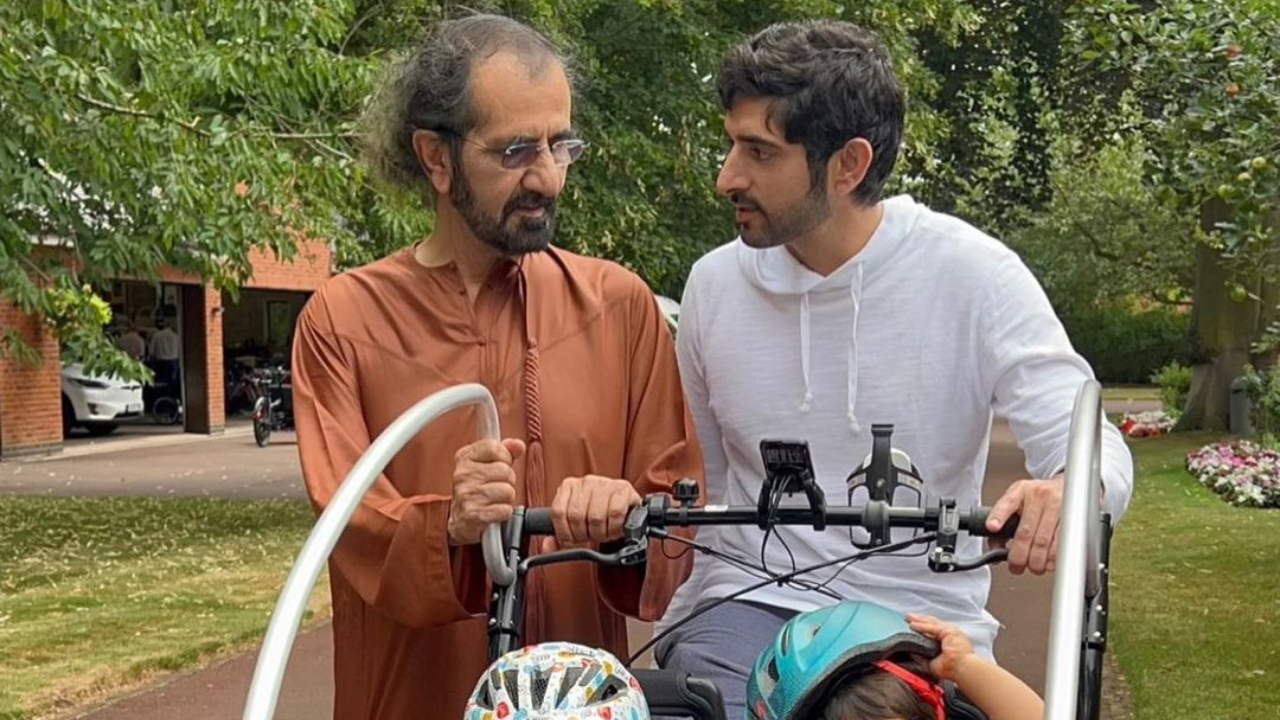 His Highness Sheikh Hamdan bin Mohammed bin Rashid Al Maktoum is no stranger to sharing tidbits of his family life with his loyal fans.

Having shared some snippets from his summer holiday in the UK with twins Rashid and Shaikha, the Crown Prince of Dubai is also spending quality time with his father, His Highness Sheikh Mohammed bin Rashid Al Maktoum, the Vice President and Prime Minister of the UAE and Ruler of Dubai.

Sheikh Hamdan, affectionately known as Fazza, shared a snap on Instagram with his father and his two children spending time together in the UK.

In the forefront of the photo twins Rashid and Shaikha are seen sitting in a pushchair, with doting dad Sheikh Hamdan and grandfather Sheikh Mohammed behind.

Sheikh Hamdan captioned the post with three heart emojis: one red, one blue and one pink, representing the Dubai Ruler and his two grandchildren.

Holidaying in the UK

Fazza has been spending time in the UK with his two children during the summer months.

Last week, he posted a few snaps from his recent outing with his horses in the countryside where his son Rashid accompanied him.

In the first photograph, the little one is seen with his dad petting one of the horses at the stable. But it’s the second photo which shows just how grown-up Fazza’s son has gotten as he was seen holding his dad’s hand, walking alongside him in the fields.

Sheikh Hamdan simply captioned the post with a blue heart and a horse emoji, suggesting it was just 14-month-old Rashid was with him at the stables.

Rashid and Shaikha celebrated their first birthday back in May.