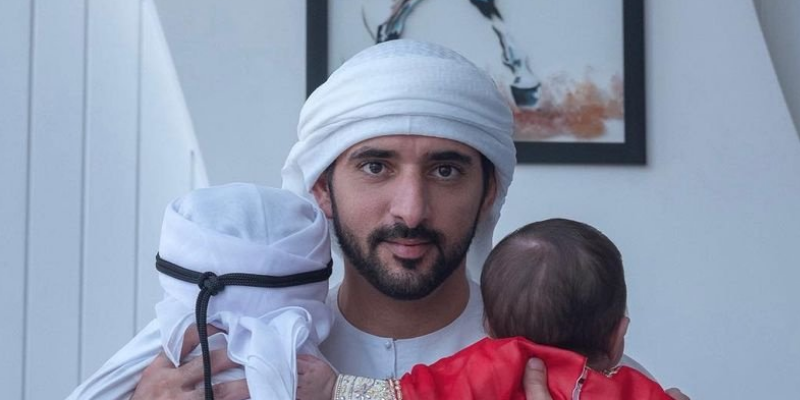 As the UAE marked its 50th National Day on December 2, 2021, people of all ages were celebrating across the nation.

This included the household of His Highness Sheikh Hamdan bin Mohammed bin Rashid Al Maktoum, the Crown Prince of Dubai, with his baby twins Rashid and Shaikha.

Sheikh Hamdan, affectionately known as Fazza, shared the sweetest snap of himself cradling the eight-month-old twins.

Meanwhile, baby Shaikha wore a dress emblazoned with the colours of the UAE flag on it to mark National Day.

The Crown Prince of Dubai simply captioned the photo with three UAE flags, perhaps representing himself and his two children.

Sheikh Hamdan became a father for the first time earlier this year after welcoming baby Rashid and baby Sheikha in May.