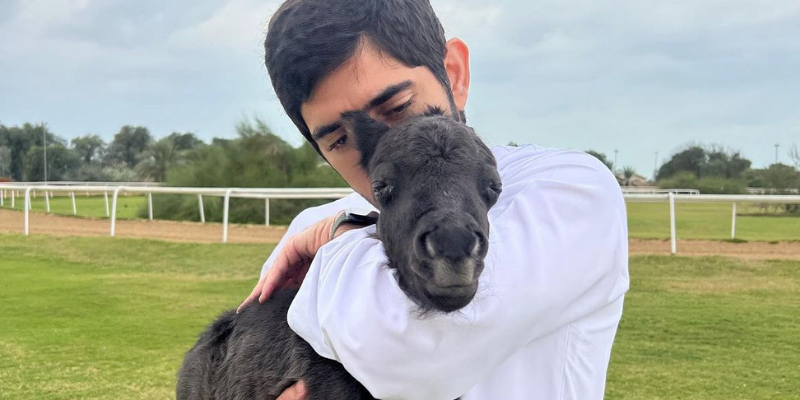 It’s well-known that the Crown Prince of Dubai has a great love for animals whether that be falcons, squirrels, dogs, tigers and more.

The Crown Prince shared a series of adorable pictures of the foal to Instagram. In the caption of the post, he also asked his 13 million followers to help name the new addition.

Fazza fans have flooded to the comments section of the post and within less than 24 hours the Crown Prince has already received an array of different name suggestions for the baby foal.

Some of the most popular ones include Cloud, Knight, Spirit, Oreo, Lucky, Hector and more.

Update: the adorable foal’s name has been revealed by Fazza. Officially say hello to Pablo!