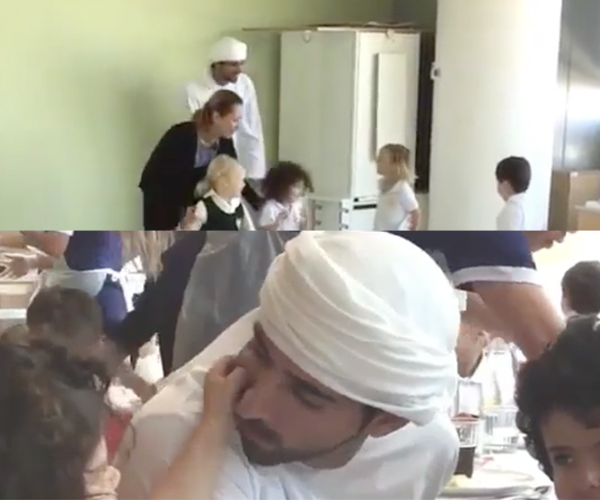 He’s the teacher we all wish we’d had at school.

If you needed a helping of Thursday cuteness, then none other than the Crown Prince of Dubai has delivered.

A video posted on Instagram yesterday shows Sheikh Hamdan bin Mohammed bin Rashid Al Maktoum in a Dubai kindergarten, playing with the kids as they have their lunch and afterwards in the classroom.

Can we just take a minute to appreciate how psyched these little munchkins were?

There’s little doubt that the royal has a natural affinity with the youngest generation (as does his father, so we see where he got it from).

Sheikh Hamdan’s big brothering skills are displayed in many of his Instagram posts, where he can often be seen accompanied by his best friend Mohammed bin Ahmed Jaber Al Harbi.

You might remember him as the little boy responsible for the super-cute handshake with Queen Elizabeth at the Epsom Derby last year:

Further driving home the fact that Sheikh Hamdan is a real family man is another photo posted three days ago to his Instagram page, showing him alongside some of his siblings with the hashtag #family as the caption.

However, this isn’t the first time Sheikh Hamdan has paid a visit to a Dubai school.

A photo he posted to his Instagram last month showed him stood alongside seven-year-old schoolgirl Eva Hardie from the UK, who has lived in the UAE her entire life.

The photo’s caption reads: “Eva shared her thoughts about happiness and positivity in the UAE. She drew a picture about how the desert makes her happy, and we talked about our shared passion for nature.”

What else are the royal family up to this week? 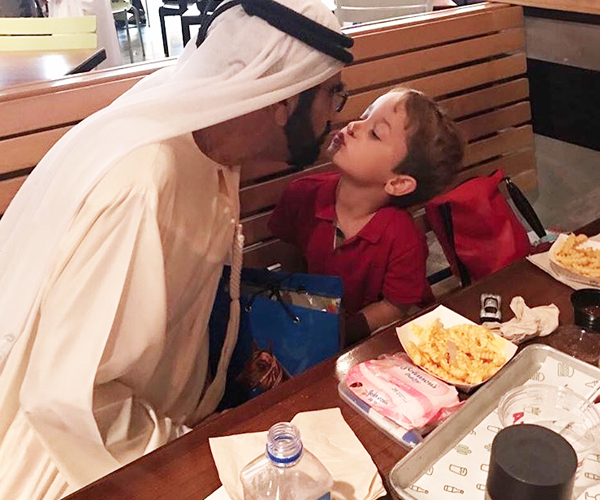 We’re still feeling all warm and fuzzy in our hearts from the picture of Sheikh Mohammed bin Rashid Al Maktoum, Vice President of the UAE and Ruler of Dubai, bonding with his young son.

The royal was captured treating four-year-old Zayed to some chips at fast-food favourite Shake Shack (or should that now be Sheikh Shack?).

The ruler also bonded with a toddler at a recent wedding reception hosted by Abdullah Sulaiman Al-Hamadi for his son, Faisal, and new daughter-in-law. 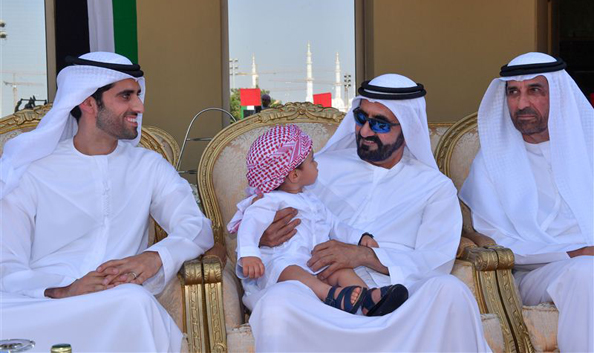