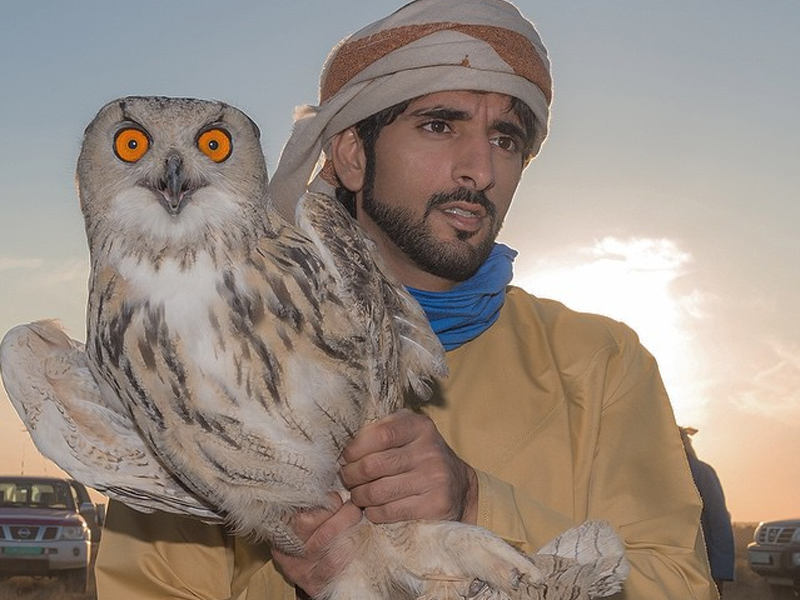 There’s no denying that Dubai’s royal family is pretty cool. After all, how many others would you catch on the London Underground?

However, one of the Sheikhs in particular is known for his adventurous lifestyle, whether he’s jumping off the top of the world’s tallest building or plunging the depths in a scuba suit.

If you’ve seen the young Sheikh’s Instagram, you’ll know what we mean. He’s garnered over four million followers thanks to snapshots from his action-packed lifestyle.

Fazza loves his animals though, so we’ve gone ahead and thrown together a compilation of our favourite snaps of Fazza and his furry friends for that much-needed Thursday ‘aww’ session.

1. Hanging out with a rather relaxed looking cat. 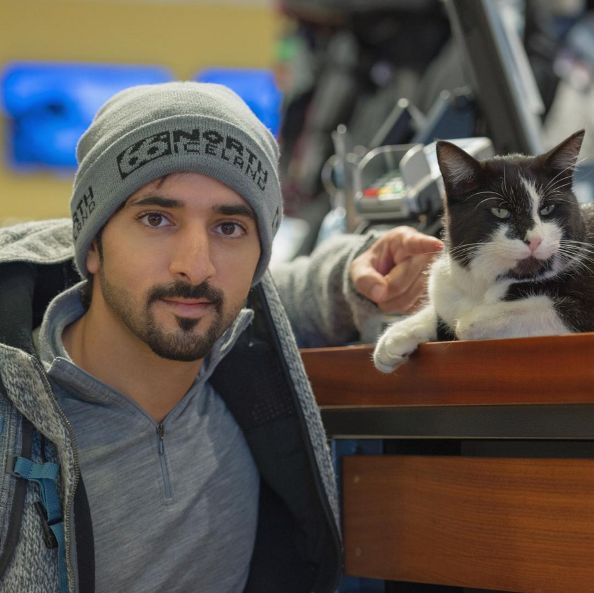 2. It’s got that ‘FollowMeTo’ vibe, except this time it’s with an elephant. 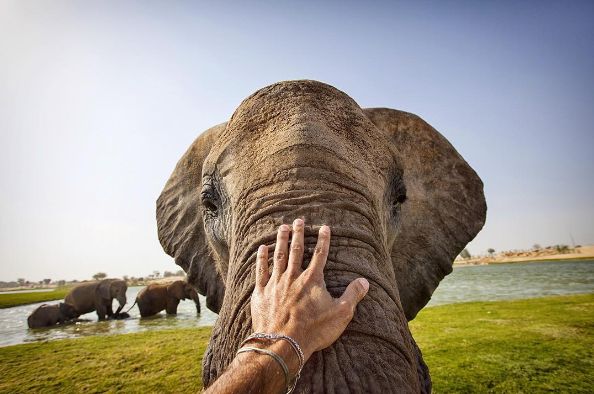 3. Fazza and his father observe a new-born chick. 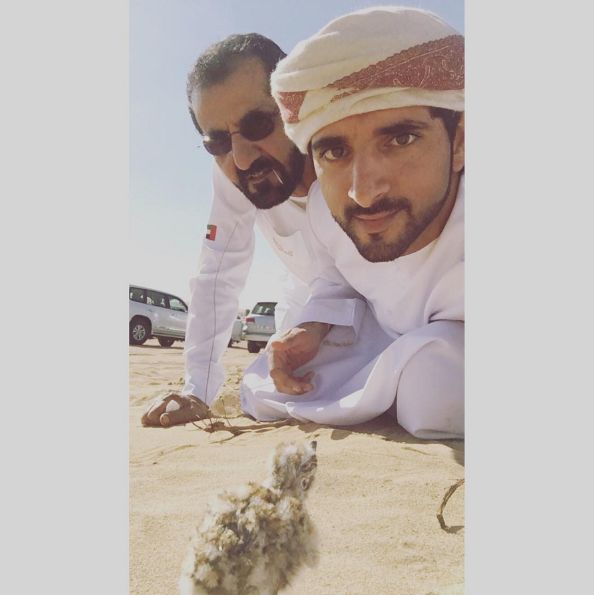 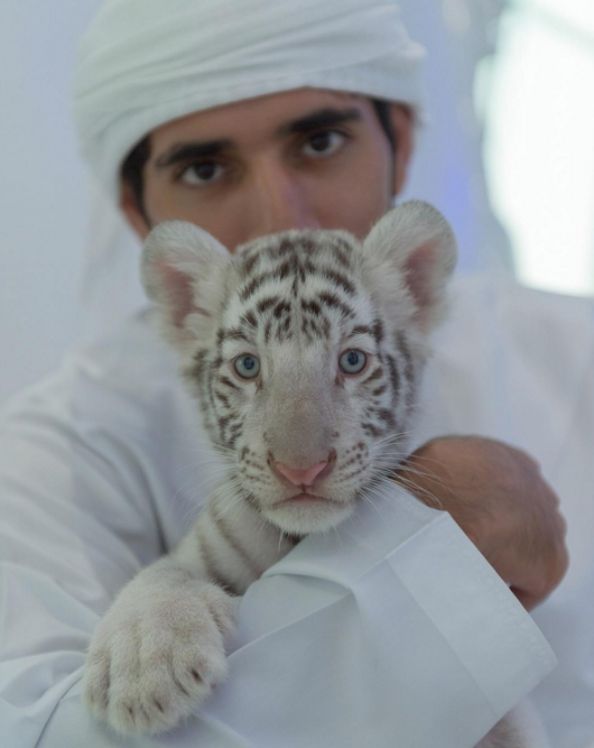 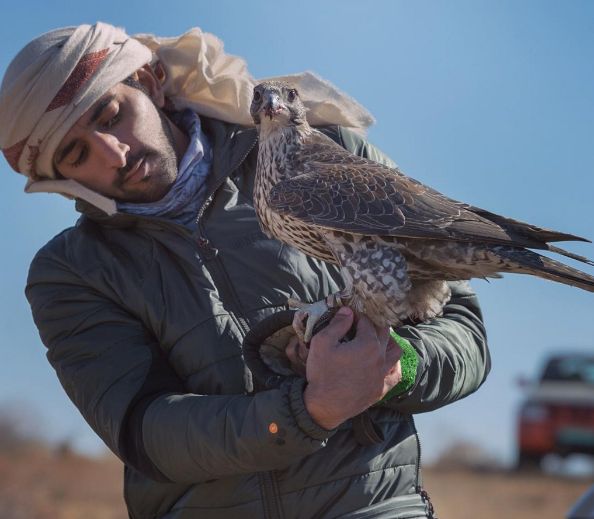 6. Hamdan with his elephant friend Rajan. 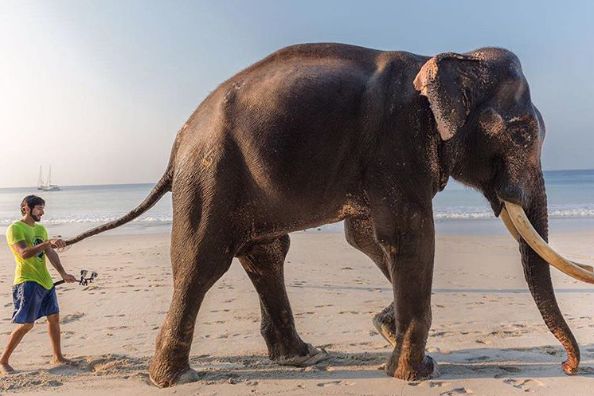 7. Remember when he befriended a fish? Here’s a pic of the duo. 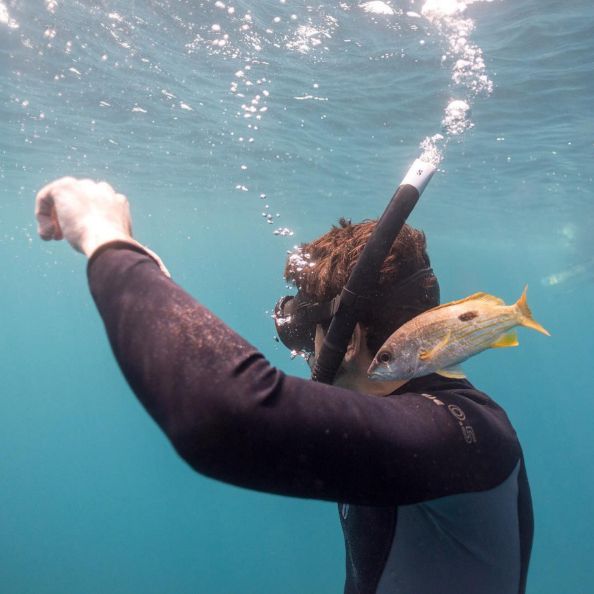 8. With his uncle’s foal Kojojah. 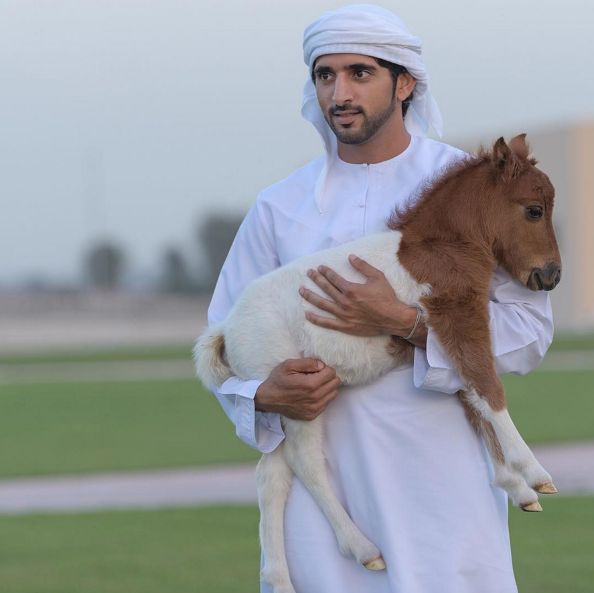 9. Sharing a kiss with his horse Awzaan. 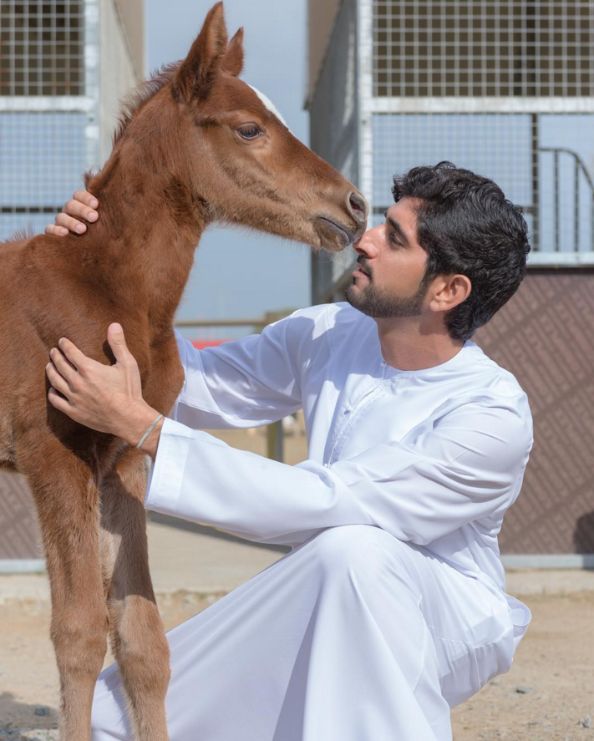 10. Helping an elephant get his five-a-day. 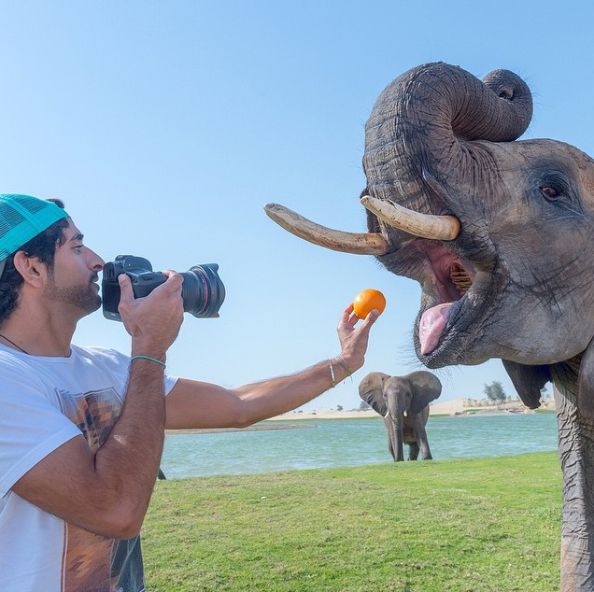 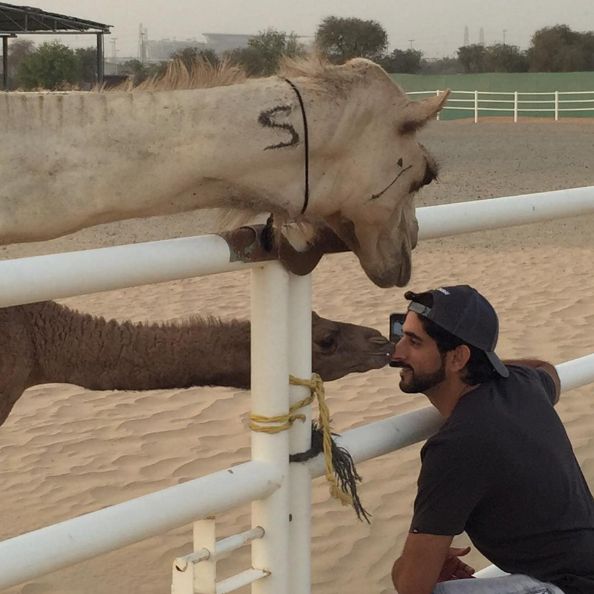 12. Fazza and the winning horse doing an album cover pose. 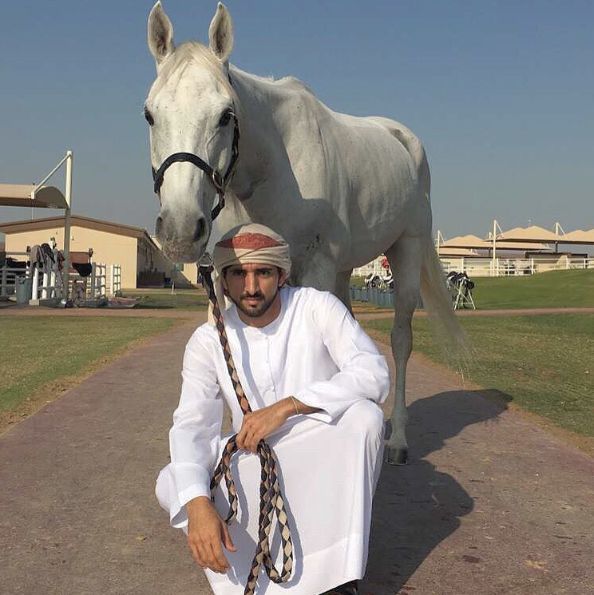 13. A giraffe tries to read the Crown Prince’s text messages. 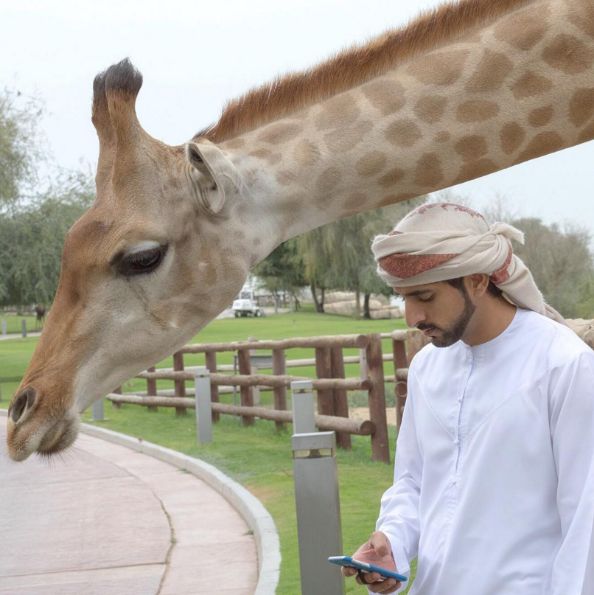 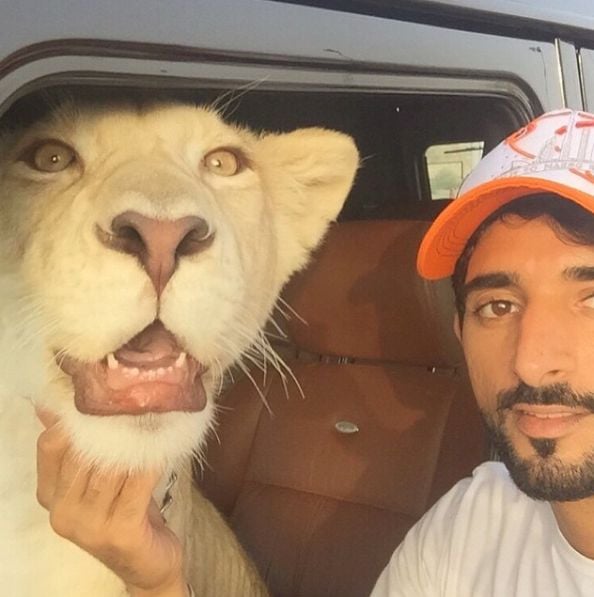 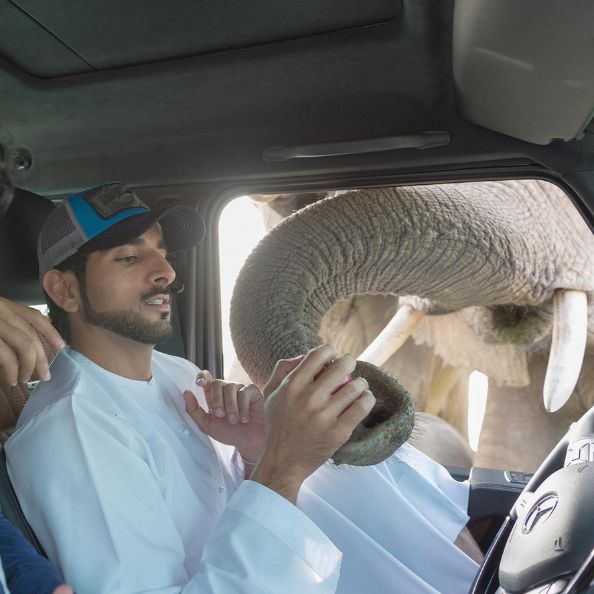 16. With his pets Ghost and Flame. 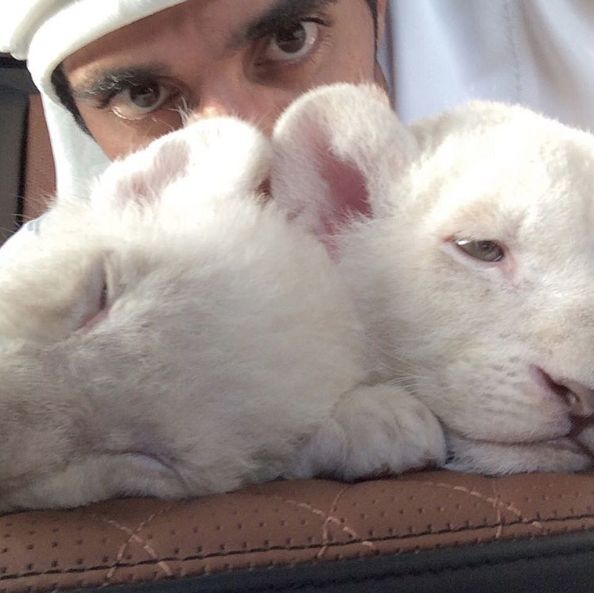 17. What was that saying about looking a gift horse in the mouth? 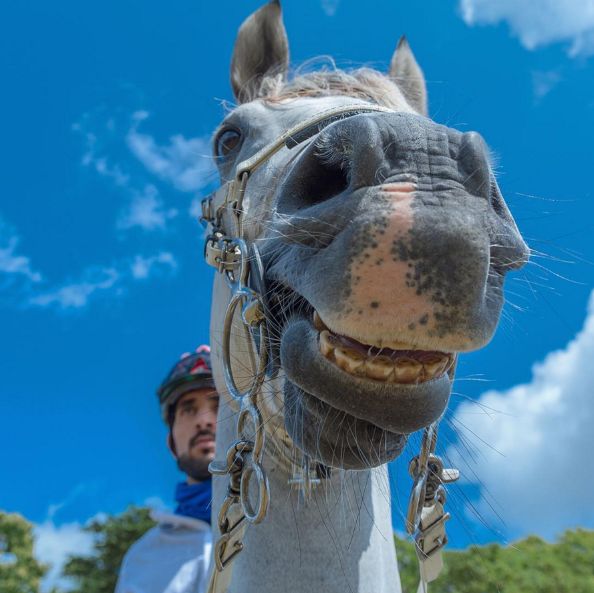 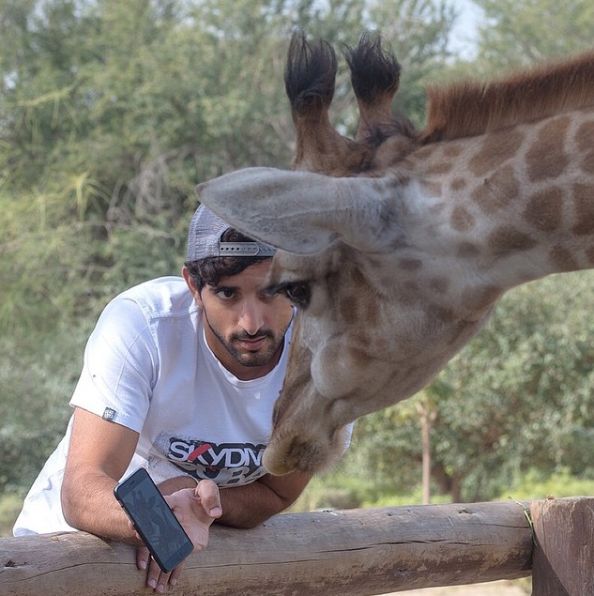 Read:
Dubai Through The Eyes Of Sheikh Hamdan
Why Dubai’s Royal Family Are The Coolest
Sheikh Hamdan’s Best Instagram Photos

Some bonus videos of Fazza with animals:

A parrot raises the UAE flag!

The Crown Prince hanging out with his friend Lazy.

Elephants love fruit. This is how they eat watermelon.

Fazza hanging out with his pet falcon.