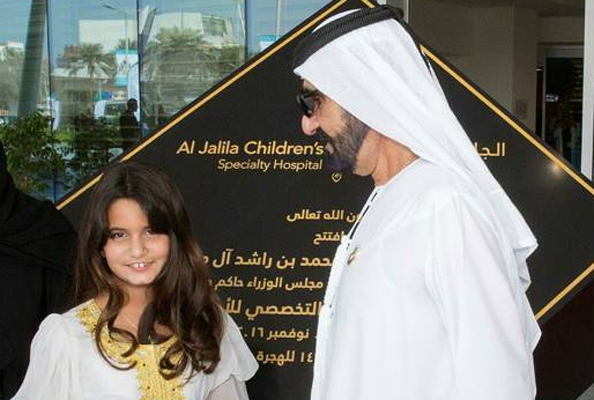 The young royal is a total pro when it comes to public appearances – but hey, she learned from the best.

This week, Sheikh Mohammed bin Rashid Al Maktoum, Vice President of the UAE, was seen helping a turtle back into the ocean with a friendly pat on the back.

However, that wasn’t the only act of charity the Ruler of Dubai has been performed in the last few days.

The opening of the smart hospital marks the first of its kind solely dedicated to children in the UAE.

The 200-bed hospital, which is named after Sheikh Mohammed’s daughter Al Jalila, was ordered by the royal as a “gift” to the children of Dubai.

“The healthcare sector is high on the list of the government’s priorities, and we will continue to work to boost the capabilities of this sector and enhance the infrastructure required to promote its growth,” he said in a statement.

However he was a little bit upstaged at the grand opening – by none other than his daughter.

Sheikh Mohammed brought the young Sheikha along on the day, and the 9-year-old looked especially regal in a white-and-gold gown. 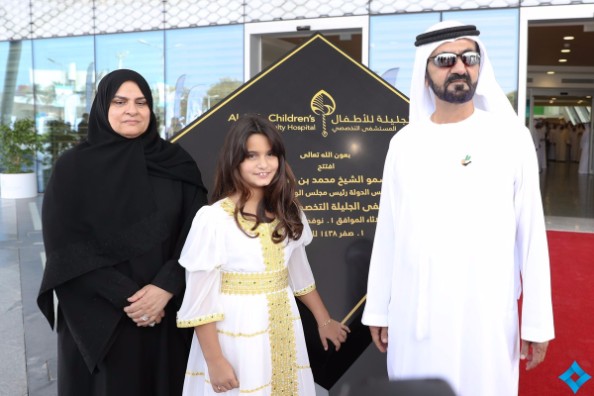 Her mother, Princess Haya, heralded the event on her Instagram page, proudly sharing images of her eldest child.

“A very proud Sheikha Al Jalila said that she was excited to be there with her brothers, Sheikh Maktoum and Sheikh Mansoor, to see their father’s dream come to life, and that all the children of the UAE will really love this hospital,” she captiond the post.

It was the royal’s words on the day which really melted our hearts, as she paid tribute to her father.

“I feel so honoured and excited to see this fantastic dream of my father come to life. I know that all the children of the UAE will love this hospital,” said Sheikha Al Jalila.

“I know how hard he works to take care of children and young people, and I am so proud of him.”