Even Dubai Royalty Want A Selfie With This Bollywood Star 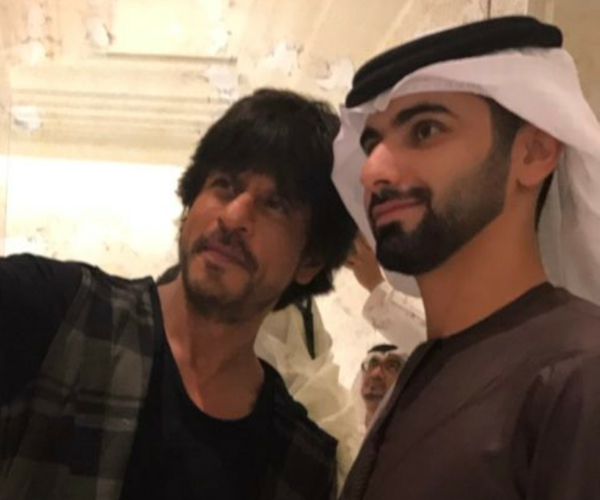 Shah Rukh Khan is huge. He’s the face of Bollywood, and has amassed an incredible social media following of more than 60 million people.

So it was no wonder that when he came to Dubai to promote his upcoming film Raees, he was absolutely mobbed.

As part of the movie’s promotional circuit, Khan paid a visit to the Arabian Centre in Al Khawaneej, where he was met by thousands of fans flooding the mall’s Night Court and lining the balconies. 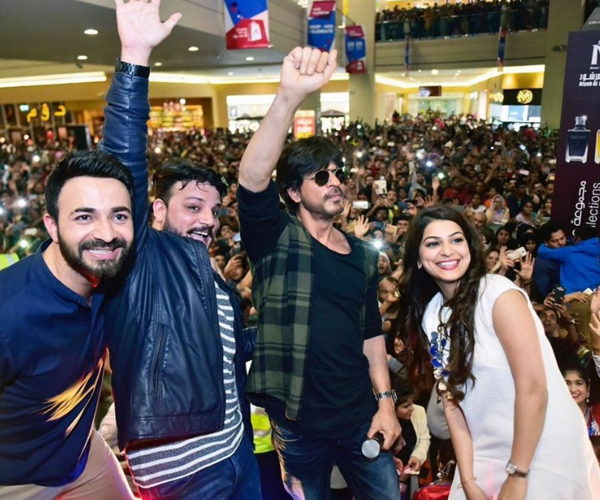 We’re not joking when we say it was huge…

RAEES bhai in Dubai at @arbaniancentre with FANs. RAEES ARRIVES IN 3 DAYS !! pic.twitter.com/MM9Wu8bSLx

Read:
This Bollywood Star Turned Tour Guide To Help Promote Dubai
Here Are All The Stars Spotted At This Year’s DIFF
This Dhs270 Million Bash Might Be The World’s Most Extravagant Wedding

Arabian Centre wasn’t the only public appearance that Khan made either.

Bollywood Parks at Dubai Parks & Resorts played host to the superstar earlier in the day, where the actor got to ride the Ra.One Unleashed – a ride based on one of Khan’s previous films.

How cool 2 hav rides of ur films & way cooler is ur lil baby is the first 1 2 go on the ride with u! Papa is a hero! pic.twitter.com/Sh341BPKRg

“Please, excuse me for a few minutes as I have to meet His Royal Highness. We will continue this after,” Khan told the crowd, according to the Khaleej Times.

A photo posted by Mansoor bin Mohammed Almaktoum (@mansoorbinmohammed) on Jan 21, 2017 at 8:12am PST

Wondering what all the fuss is about?

Not up to tabs on your Bollywood knowledge? Here’s the movie trailer of the upcoming SRK film that’s got everybody talking…

The last time SRK was in Dubai…

The Bollywood legend – who has a house in Dubai – starred in an advert for the Dubai Corporation for Tourism and Commerce Marketing, where he invited viewers to “come with me” as his guest around the city.

Check out the advert: