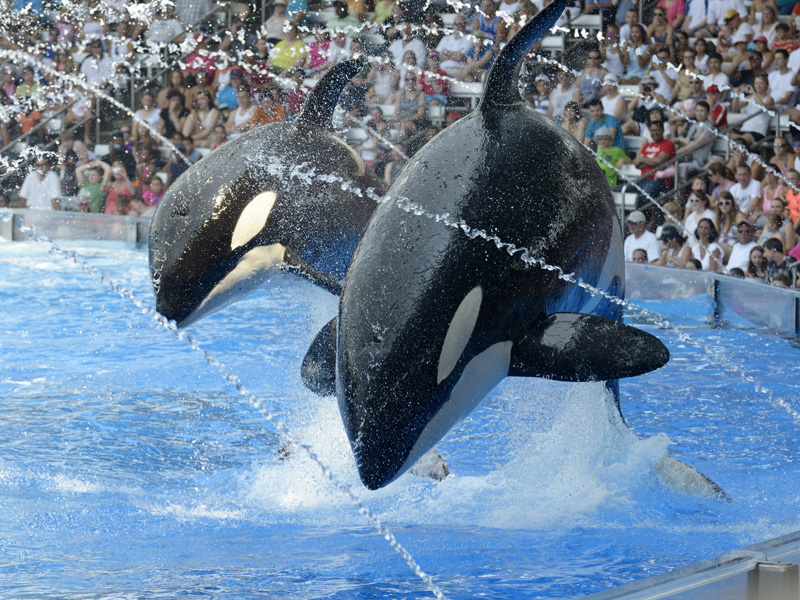 After a backlash from UAE residents, refusing to allow the controversial US aqua-based theme park SeaWorld Parks & Entertainment come to the region, new reports claim the company is looking at Saudi Arabia as their latest destination.

After meeting with Saudi Deputy Crown Prince Muhammad bin Salman last week during his US tour, SeaWorld Parks & Entertainment CEO Joel Manby expressed an interest in making SeaWorld Saudi Arabia a reality, telling Saudi Gazette: “Saudi Arabia has beautiful coastlines filled with marine life and wild animals and it is in need for a tourism push. We are waiting for the opportunity to go there.”

SeaWorld announced back in 2008 that they were looking at Dubai as a potential spot for a park, yet the idea was met with resistance from the public, who flocked to sign a petition to keep SeaWorld out of the emirate – garnering close to 100,000 signatures.

“In the wild, killer whales are the king of the ocean and they swim 100 miles per day. In confinement, they are living in a tiny swimming pool that is the equivalent to a human living in a bathtub.”

People for the Ethical Treatment of Animals (PETA) and other organisations also protested SeaWorld’s proposed move into Dubai.

Read: Where To Adopt Dogs In The UAE

SeaWorld’s alleged unethical treatment of animals was brought to light by the documentary Blackfish in 2013, which centred around the orca whale Tilikum who was involved in the deaths of three individuals over the duration of his captivity.

The documentary also highlighted the unethical way in which the orcas were captured and contained – with SeaWorld suffering drops in attendance and a US$15.9 million loss in the year following Blackfish‘s release.

SeaWorld has over 12 destination and regional theme parks, many of which showcase over 800 different species of animals.

The company registered a yearly revenue of US$1.37 billion at the end of December 2015, with a net income of US$49.1 million – attracting 22.5 million visitors to their parks throughout the year with 3.3 million of those coming from outside the United States.