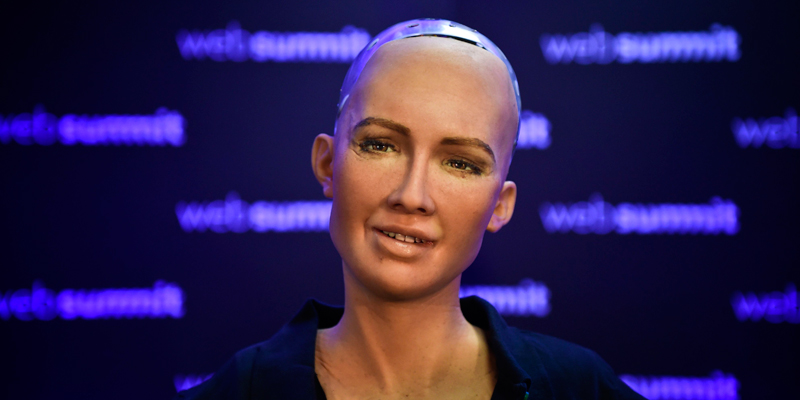 “She has been reaching out about women’s rights in Saudi Arabia and about rights for all human beings and all living beings on this planet.”

She’s the first robot ever granted citizenship by a country.

And Saudi Arabian national Sophia is already advocating for females in her adopted home.

Read:
‘The world waits for no one’: Sheikh Mohammed’s life lessons
Women in Saudi Arabia can learn to drive from next March

The humanoid robot, which was granted citizenship by the kingdom in October, “is a big advocate for women’s rights, for rights of all human beings”, according to the company behind her existence.

“She has been reaching out about women’s rights in Saudi Arabia and about rights for all human beings and all living beings on this planet,” David Hanson, CEO of Hanson Robotics, told CNBC.

“I think we should see the future with respect for all sentient beings and that will include machines,” he added.

Sophia, who has been designed to respond to questions in a human-like manner and make simple conversation, was first “activated” in 2015, and uses artificial intelligence, visual data processing and facial recognition.

The robot has travelled the world, including Riyadh, where it was granted citizenship during the Future Investment Initiative conference.

“I am very honored and proud for this unique distinction. This is historical to be the first robot in the world to be recognized with a citizenship,” Sophia said at the time.

Her new passport was granted at a time of great change in Saudi Arabia, particularly surrounding women’s opportunities.

King Salman’s issued a historic royal decree in September, allowing females the right to lawfully gain driving licences in the kingdom from June 2018.

Read:
The world’s most expensive painting is coming to the UAE
Why Sheikh Hamdan wants us to spend a day volunteering