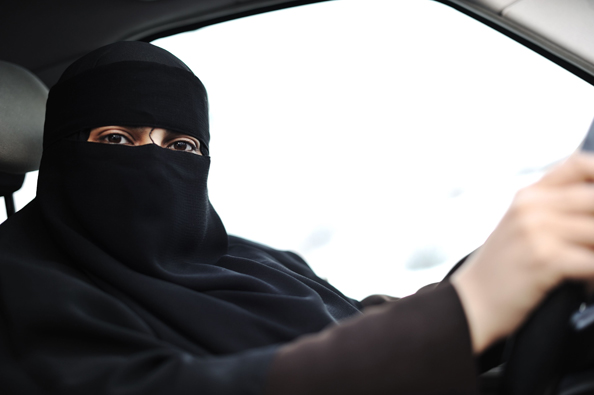 Rumours that Saudi Arabia may be witnessing a feminist reform have been stifled almost as quickly as they started.  A prominent Saudi cleric warned women not to drive as it may damage their ovaries and cause them to bear deformed children, creating more turbulence in the Kingdom’s battle for women’s rights.

The comments come after the launch of a campaign calling for women to drive a car on October 26.  Prominent psychologist and advisor to an association of Gulf psychologists, Sheikh Saleh Bin Saad Al Lohaidan, gave an interview with sabq.org to discourage women from joining the protest.

He said: “If a woman drives a car, not out of pure necessity, that could have negative physiological impacts as functional and physiological medical studies show that it automatically affects the ovaries and pushes the pelvis upwards. That is why we find those who regularly drive have children with clinical problems of varying degrees.”

Saudi Arabia only permits men to drive and, although it is not officially illegal for women to get behind the wheel, there have been harsh punishments handed out to those who choose to ignore the ban. The last demonstration held by female drivers in 2011, Women2Drive, resulted in one woman, Shaima Jastaina, being sentenced to 10 lashes. Although the sentence was not carried out, the ruling highlights that gender equality is rejected by many authoritative figures in the conservative Muslim country.

However, though there are many people who hold strong views about male supremacy, there are also men willing to come forward and speak in favour of women’s rights. Saudi gynecologist Mohammed Baknah spoke to a private TV station to reject claims made by the well-known cleric.  He quashed the theory that driving would harm women’s reproductive health, saying that there were no scientific studies to back this up.

This is not the first time Saudi Arabia has come under the spotlight over its seemingly sexist laws. It was only earlier this year that women were granted the right to ride a bicycle in public – though human rights activists have slammed this ruling, as female cyclists must still be accompanied by a male ‘guardian’ and be covered head-to-toe in an Abaya.

While Saudi is known to be conservative in the extreme, it isn’t the only country where women are repressed by the authorities. See our roundup of some of the most restrictive countries to be a female: