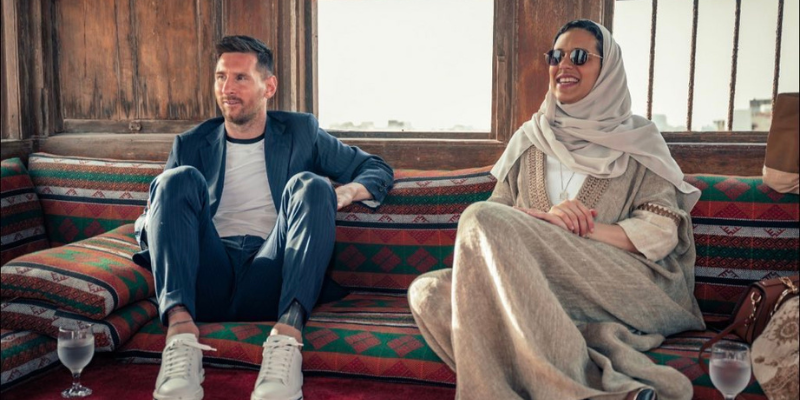 The Kingdom of Saudi Arabia has given legendary footballer Lionel Messi a warm welcome.

The Paris Saint-Germain player touched down in the Kingdom earlier this week on a visit to the country as part of his new Saudi tourism ambassador role.

Messi arrived in Jeddah at King Abdulaziz International Airport on Monday night and was welcomed by Tourism Minister Ahmed Al-Khateeb.

“This is not his first visit to the Kingdom, and it will not be the last,” the minister stated.

Then, on Tuesday, the footballer was shown around the city by Her Royal Highness Princess Haifa bint Mohammed Al Saud, the Assitant Minister of Tourism.

Earlier today, I had a great time showing Messi and his friends around historic #Jeddah! I’m glad that he was mesmerized by its essence, heritage and beauty.

I look forward to welcoming him, his family and friends again very soon! pic.twitter.com/nWp9LhRGEX

“Earlier today, I had a great time showing Messi and his friends around the historic area of Jeddah,” she said of Messi’s visit. “I am glad that he was mesmerized by its essence, heritage and beauty.”

It’s not known how long Messi’s visit to the Kingdom will be, but it does coincide with Jeddah Season which runs from May to June with an expected 2,800 events in total.