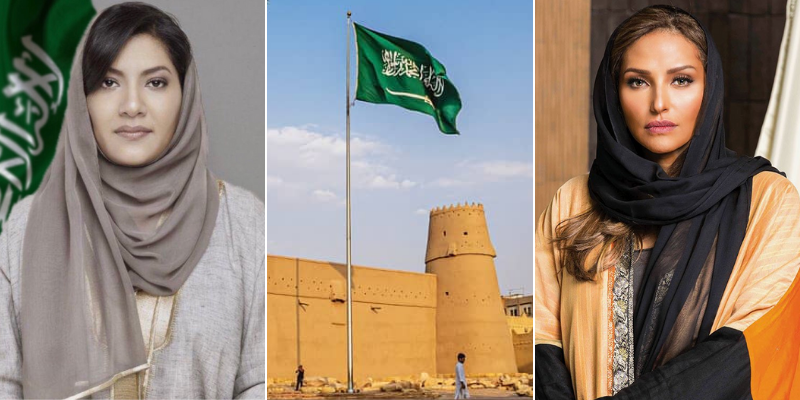 As the Kingdom’s loyalty continues to shine through, this special occasion is a day to celebrate the country’s greatness and the importance of having women in high positions.

Women are a key part of the Kingdom of Saudi Arabia, which is why this Saudi National Day, Emirates Woman is highlighting 20 incredible women you should know about.

Furthermore, we celebrate all the women from the Kingdom this Saudi National Day and the amazing work they do for their country. 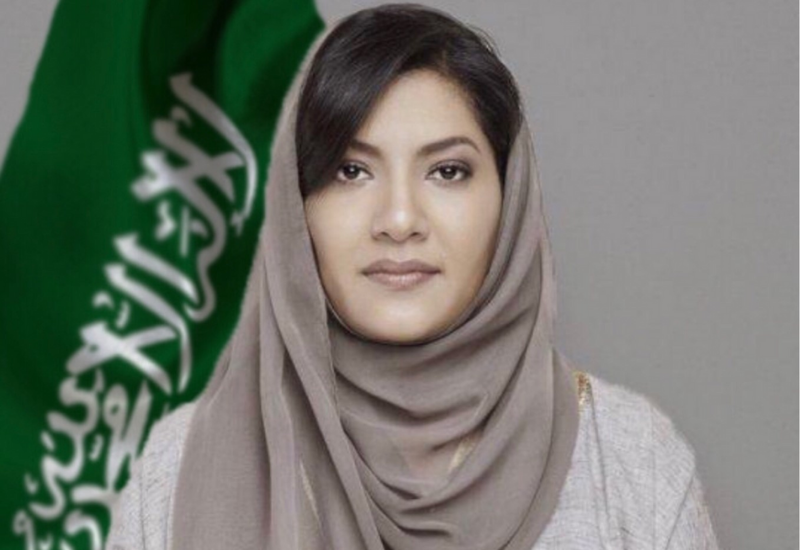 Saudi Arabia’s Ambassador to the United States of America, HRH Princess Reema Bint Bandar, IS the first woman in the country’s history to serve in the role of Ambassador. As part of her philanthropic work, Princess Reema became a founding member of the Zahra Breast Cancer Awareness Association in 2007. She has also been a member of the Saudi Arabian Olympic Committee since 2017. Combining all her achievements together, she’s truly an inspiring role model to many. Her Royal Highness Princess Lamia bint Majed Al Saud is always aiming to give back to society in whatever way she can. Earlier this year, Alwaleed Philanthropies, founded by His Royal Highness Prince Al-Waleed bin Talal, launched a new homegrown brand in support of Saudi female artisans. The project entitled Mizwada is also being spearheaded by Princess Lamia, Alwaleed Philanthropies’ Secretary-General. While being known for her role as a philanthropist in society, Princess Lamia has previously shared her desire to change the world, and the newly launched brand, Mizwada aims to work with female artisans in order to promote the concept of locally resources materials that reflect the Kingdom’s heritage.

Her Royal Highness Princess Al Joharah Bint Talal Bin Abdulaziz Al Saud is the Chairwoman of ATLAL ALMAJD where she focusses on digital marketing, online advertising and online trading, whilst also supporting up and coming businesses. She’s constantly inspiring women at various summits around the globe and sharing her experiences as a Saudi entrepreneur.

Aseel Al-Hammad became the first woman to be appointed to the Saudi Arabian Motor Federation becoming the voice of female motorists in Saudi Arabia. With not much exposure to driving due to the previous legal restriction for women driving, Aseel took full advantage of the opportunities that came her way and proved to be a success.

After beginning her professional career while being in her second year of university, Noha Al-Yousef was appointed as the youngest Saudi CEO of a group of companies in the Kingdom during her final year of studies. She went on to found the Ithraa Consulting group in 2009, located in Jeddah, which is primarily used to provide consultancy services and studies in the field of developing Saudi female employment and projects.

This tech entrepreneur launched Blossom, which is the first accelerator that aims to empower women and enable startups in the Kingdom. Emon Shakoor was also previously a neuroscience researcher at the University of California and has also overseen hundreds of Pfizer clinical drug trials across North America, while being a savvy businesswoman and seizing every opportunity.

Being the first Saudi woman to complete ironman, Dina Al-Tayeb is a practising dentist who has completed over 100 triathlons. She made history qualifying for The Ironman World Championship as it is considered one of the most difficult races in the world.

Yasmin Al Dabbagh is known as the ‘fastest woman in Saudi Arabia’. She participated in the Tokyo 2020 Olympics this year representing her country with pride having to carry the Kingdom’s flag at the opening ceremony and inspiring an entire generation of female athletes. Through immense dedication and hard work, she achieved her long-shot dream of participating in this large scale event this year and making her country proud. 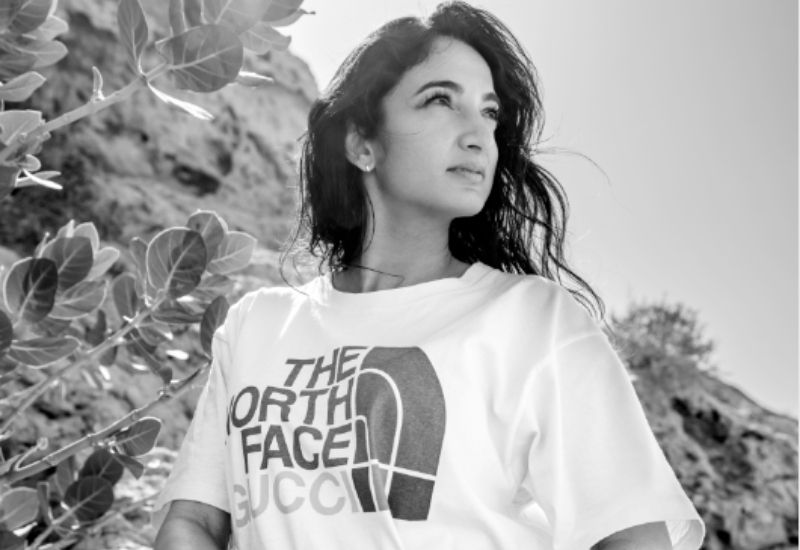 Known for her remarkable achievements, Raha Moharrak is the youngest Arab and first Saudi woman to climb Mount Everest. Her trailblazing journey has inspired several young women as she’s also climbed nine of the world’s most famous summits. The 34-year-old continues to inspire the next generation of thrill-seekers with her note-worthy strides.

Saudi Arabia’s first female formula four driver is taking the world of motorsport by storm. From her first major win at Abu Dhabi’s Yas Marina Circuit in 2018 to climbing up the ranks, Reema Juffali is definitely a pioneer in her industry. She’s always ready to take on new challenges by fueling her passion on the tracks. She’s also now the only female driver in the British F3 Championship.

Being the first Saudi woman to join NASA, Mishaal Ashemimry’s title of being GCC’s first female aerospace engineer continually inspires young women as this wish to make strides in this industry. She’s even set up her own company Mishaal Aerospace and has set her sights on nothing below the stars.

Marriam Mossalli is a Jeddah-based entrepreneur who’s the founder of luxury consultancy firm Niche Arabia. She has been a long-standing supporter of the local fashion industry in the Kingdom and belongs to a generation of Saudi women who embody a new-age spirit. Back in 2018, Marriam published her second book Under The Abaya: Street Style From Saudi Arabia which lays emphasis on the diverse Saudi fashion scene. The book became a sell-out success. One hundred per cent of the proceeds of the book scales were used to create several academic scholarships to promote women empowerment.

With her designs that have reached a level of global recognition, Honayda Serafi’s namesake brand is constantly aiming to contribute to reducing waste that’s a by-product from the fashion industry. While embodying her traditional roots, the pieces are a combination of traditions with modern craftsmanship, with a core mission to empower women as supporting local fashion continues to be at the helm of it all. While being recognized as Saudi Arabia’s youngest jewellery designer, and being born and raised in the Kingdom, Lillian Ismail reignites the flame of her heritage by blending contemporary elements with Islamic-inspired concepts in her designs. She launched her namesake jewellery line back in 2013, with all her designs being handmade piece by piece locally in her hometown, Jeddah. In a recent interview with Emirates Woman, she said, “The fashion scene in Saudi Arabia always keeps growing, but what I appreciate the most, are the efforts put in developing traditional concepts in design and creating unique contemporary versions of them.”

Founder of the ethical fashion label Abadia, Saudi designer Shahd Al-Shehail combines traditional crafts with contemporary designs in garments that are hand-embroidered within the Kingdom. With some of her pieces previously being worn by Queen Rania of Jordan, the fashion designer focuses on luxury fabrics and handcrafted details, that seamlessly blend culture through contemporary designs, as it preserves the age-old values through the brand’s continued commitment.

Born with the desire to cater to the modern woman, Jeddah-based designer Nora Al Shaikh has carved out a niche for herself with strong architectural lines and rich colour combinations which are emulated through all her pieces. Nora launched her luxury ready-to-wear line in 2012 and continues to fuse Saudi heritage with a global perspective. In a recent interview with Emirates Woman, she said, “Today I think a lot about how I can empower and give confidence to women around me through my clothes.”

In just a few years, Arwa Al Banawi has become one of the most prominent designers in the fashion industry. She has beautifully blended traditional tailoring with a Middle Eastern sensibility in each of her designs. By continually working to be a part of a sustainable future, Arwa is now focusing on the multicultural side of Saudi Arabia by adapting her designs to fit accordingly. In her most recent collaboration, she partnered with Adidas to produce the Arwa Al Banawi Forum Lo sneaker.

The Saudi Arabian filmmaker and actress is best known for her popular television series and films Barakah Meets Barakah, A Blink of an Eye and Paranormal. She’s a renowned storyteller in the Kingdom and is continually breaking the social stigmas assigned to her country. By giving several people in her country a voice, her films have also made an impact in their own rightful manner globally. She was also recently chosen to be Cartier’s ambassador for the Middle East.

While breaking stereotypes, Amy Roko has kept her identity a secret while still working on massive campaigns for brands such as Benefit Cosmetics, Levi’s and more. While overcoming all the hurdles, she’s managed to gain the love of all her fans as she continues to create fun content.

This entrepreneur has gained a wide social media fanbase as she shares her favourite fashion pieces and is also the founder of the online concept store 31store.sa, In addition, she’s also the founder of Blossom MENA, an accelerator that aims to connect and foster technology.