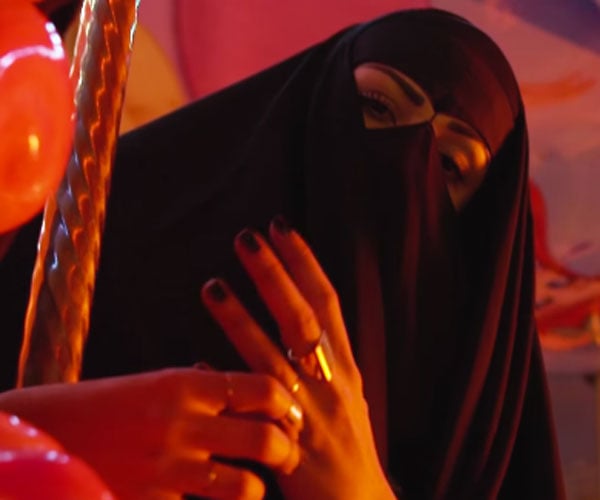 Saudi women are watching, sharing and tweeting about this new music video. Here’s why…

The video has only been online for around 10 days, and yet it’s already been viewed 2.5 million times: it’s safe to say Hwages put out by Saudi male director Majed Al Esa is striking a chord.

The new music video shows Saudi women skateboarding, riding bikes and playing basketball, often while men look on at them.

The song’s title translates to Obsessions, and the lyrics are particularly anti the guardianship system (you’ll see imagery in it that shows how men can travel and drive freely).

Here it is (the music is majorly catchy):

The part with Donald Trump insinuates that men will win/keep power, even when they behave in a sexist manner, and that this is a global issue.

“My luck is like a sandstorm, and my beloved ones are like leaves,” sings the vocalist. “Who will hold the leaves for me when the storm hits?”

Women’s rights in Saudi Arabia are improving – for instance, women can take part in elections, however women still aren’t allowed to drive in the Kingdom, an issue Saudi’s richest man Prince Alwaleed bin Talal Al Saud has taken umbrage with (you can read all about that here).

Last September, activists in Saudi e-mailed a 14,700-signature petition to the government, urging an end to the guardianship system that gives men control over their female relatives. Under the system a male family member must give permission for a woman to work, study, marry and travel.

– For more about the UAE’s lifestyle, news and fashion scene straight to your newsfeed, follow us on Facebook.