UP Next
X
In need of some perfect day-to-night pieces? We've found them...
Siobhan Downes
July 4 2018

The trailblazing young Saudi model is on a path to international stardom.

This is a name – and face – you’ll want to remember. Taleedah Tamer this week made history as the first Saudi model to walk at Paris Haute Couture Fashion Week.

The 18-year-old from Jeddah opened for Italian designer Antonio Grimaldi on Tuesday, taking to the runway in a dramatic white suit before changing into a shimmering mauve dress. 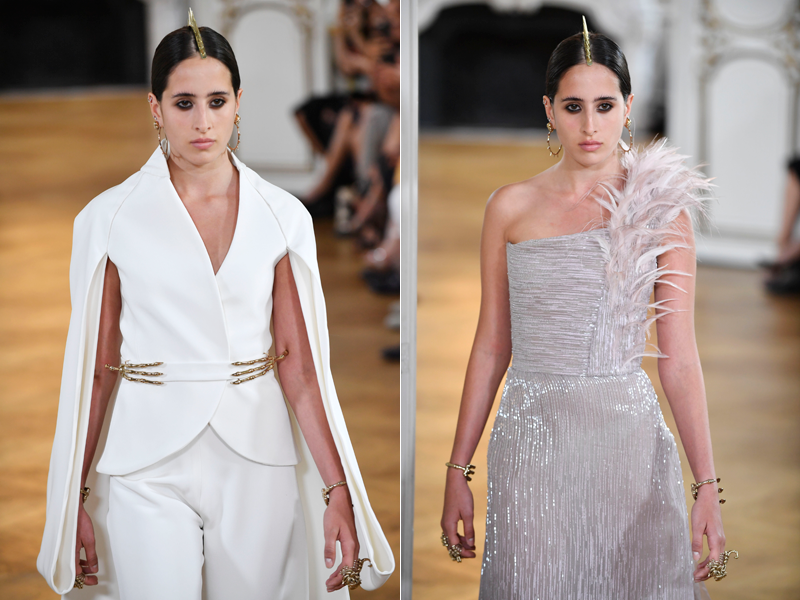 Born to a Saudi father and Italian mother, Taleedah is being touted in international media as “the first Saudi supermodel”. She recently spoke to Arab News about the stigma attached to the label.

ALSO READ:
This Moroccan designer just made his Paris debut
Halima Aden has a hijab clause in her modelling contract

“I’ve just started my career, but I know there will be many obstacles ahead,” she said.

“The fact that I’m from a conservative country like Saudi Arabia, I know there will be people that would not 100 per cent agree with me modelling and I respect the right to their opinion.

“It’s great to be one of the first, but it’s tough to take on a position where you represent a larger public because there is so much diversity, so many different people.

“I think to have one person represent a whole community is a bit unrealistic.”

Taleedah, whose mother was also a model, told the publication she hoped more Saudis would break into the industry.

“There needs to be more diversity in fashion and Saudi Arabia should be a part of that. Arab women need to be a part of that because there is so much beauty out there that hasn’t been seen.

“There shouldn’t be anything stopping them as long as they follow their conscience, what they believe in.”