Saudi Arabia has hosted its first ever jazz festival 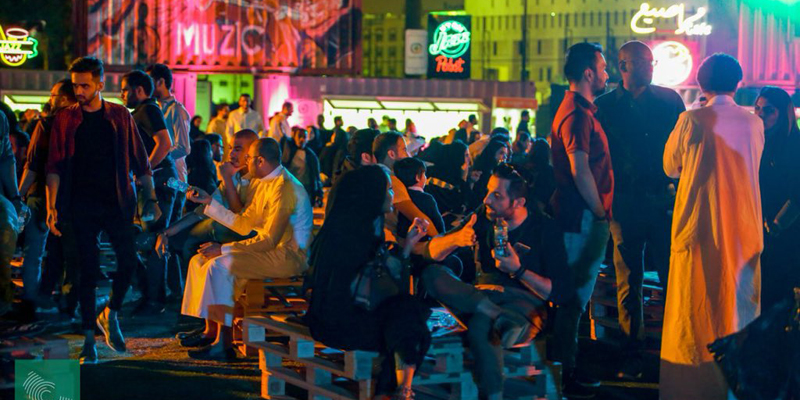 Plus, an opera house is on its way.

The Groovz Jazz Festival was hosted over three days at the Riyadh Intercontinental Hotel, Reuters reported, with local and international acts taking the stage.

Read:
Saudi Arabia is set to host its first ever Arab Fashion Week
This is how Saudi Arabia will celebrate Women’s Day

Seating was divided by gender at the festival, but family areas at the rear and to the sides were available, the site said.

Saudi musician Saleh Zaid performed with his group Min Riyadh, and told Reuters that performing in his own country was “a feeling I just cannot explain to you.”

“I am so so happy I got up from bed this morning and went to a jazz festival and performed in front of a crowd like me, my countrymen,” he said.

Saudi music fans can expect more of the same, according to UK paper The Guardian.

The General Entertainment Authority is set to invest $64 billion in the Kingdom’s entertainment industry over the next ten years, the paper reported on Friday.

Read:
Here’s what we know about Saudi Arabia’s tourist visas for women
These photos show another side of Saudi Arabia

The festival comes just a week after it was announced that the Saudi capital would host its first ever Arab Fashion Week at the end of March.

“We are proud of the significant progress achieved by the Arab Fashion Council in Riyadh, as we announce today the first Fashion Week in the history of the Kingdom,” the council’s honorary president HH Princess Noura Bint Faisal Al Saud said in a statement.

The moves come as part of the Kingdom’s ambitious Vision 2030 plan to diversify its economy.

Spearheaded by Crown Prince Mohammed Bin Salman, the plan aims to increase the participation of women in the workforce and make Saudi Arabia a more modern, tourist-friendly destination.